REVIEW: Hanson at the Hop Jam 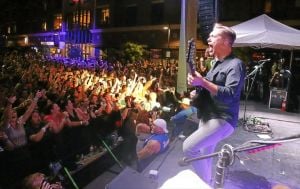 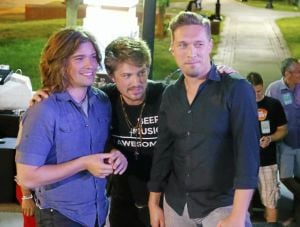 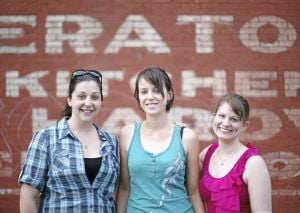 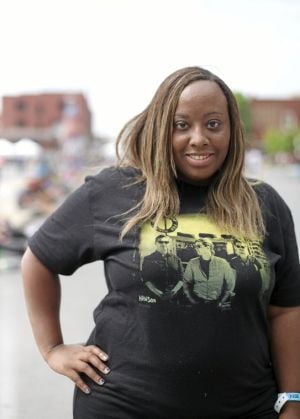 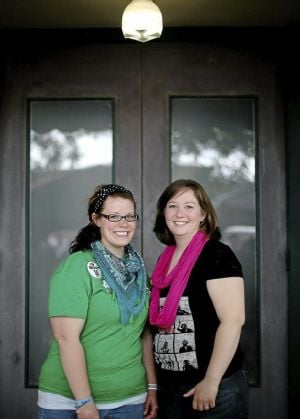 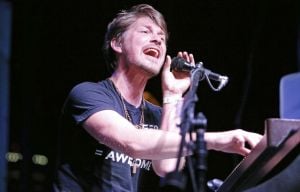 Hanson’s first song at their first beer and music festival Sunday was more of a command to the thousands of fans packed into the Brady Arts District.

The band was already there. They performed with unmatched energy Sunday at The Hop Jam, the Hanson brothers’ beer and music festival.

Isaac, Taylor and Zac, the Tulsa natives and brothers who make up the band, started their career 22 years ago just a few blocks from where their stage was set Sunday. In that time, the brothers have had several careers, from the early days to breakout success with “MMMBop” to their own record label and millions of albums sold.

Sunday was all about the beer and the music, and Hanson made sure the music ended the festival on a high note. It was already great musically from opening acts Capitol Cars, Taddy Porter, Butch Walker and Robert Randolph & the Family Band.

For the band’s first public show in Tulsa in three years, Hanson did not disappoint.

Hanson played with an incredible amount of energy Sunday, with strong voices and band work. It’s pure rock pop, but the Hanson brothers add so much more with their own talent.

Most notable is the amount of soul with which the band performs, thanks to Taylor Hanson’s voice and piano. Isaac Hanson brings a strong rock voice and guitar work, which was featured heavily Sunday. Zac Hanson on the drums is forceful but creative and energetic.

It makes for a great band and great sound, each a little different, thanks to the different styles and voices they bring.

What sets their music apart is their harmony, musically and just personally. Singing together, the band is pitch perfect and effortless. They surely get a boost too from being brothers playing for 22 years. It helps them make a fantastic connection.

That variety is also evident just in the range of music they played. They have 22 years of music to pull from, and the set list spanned their career. “Fired Up” and “I’ve Got Soul,” come from the band’s latest album, “Anthem.” Following that was “Where’s the Love,” off their breakout album, “Middle of Nowhere.”

Hardcore Hanson fans had a lot to appreciate, too. The band pulled out several of those deep tracks.

There were lots of hardcore Hanson fans in the crowd, too. Hop Jam was the cap of the band’s annual members-only fan appreciation weekend.

With all that going on, and with the beer portion of the festival bringing thousands to the district all day, there was a lot to be excited about. During their performance, it showed.

“We didn’t say how happy we are to be on stage tonight,” Taylor Hanson said, after saying how thrilled the group was to share the stage with the bands that played before.

As they took the stage, Taylor Hanson welcomed the crowd to the first Hop Jam festival, which he said was the first of many. Though they have said they may not play next year, if it’s anything like this year, Tulsa has something to look forward to for years to come.