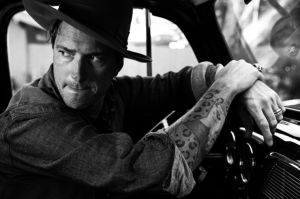 Butch Walker will play May 18 in Tulsa. Courtesy

Singer/songwriter Butch Walker will play at the inaugural Hop Jam beer and music festival, joining Hanson, Robert Randolph and the Family Band and another group voted on by the public.

Walker has a long history in several genres, from metal to pop rock. He’s also worked as a producer for a range of musicians, including Taylor Swift, Keith Urban and Weezer.

The free festival is set for May 18 in the Brady Arts District. The beer/music festival hybrid will feature brewers from across the state offering samples of their beer, including new brews from several breweries. Hanson Brothers Beer Company, which launched Mmmhops Pale Ale last year, will also offer its beer.

Previously announced performers include Hanson, its first public performance in Tulsa in several years, and the funk-soul group Robert Randolph and the Family Band. Performances will take place at the corner of Archer and Main streets.

Hanson and Tulsa World Scene are partnering to find the final act to play the festival. Our readers will choose one of the five finalists to perform.

Voting is ongoing to determine the winner at tulsaworld.com/hanson. The bands include the Eric Himan Trio, The Outset, Bruce Flea, Carnegie and Capitol Cars. Voting ends at midnight Saturday and will be announced next week.