If you are going to a show on the RGBTour and would be willing to keep track of the setlist for hansonstage, we have sign up forms for each leg of the tour.  If a show is marked as “FULL” we already have enough volunteers as we are looking for 2 for each show. Further details will be sent out the Thursday(ish) before the show – but we are looking for someone to keep track of all the songs, in order, and email them to us once the show has concluded so we can post them on the site.  Please see the links under each list of tour dates to sign up. If you have any other questions feel free to email blog@hansonstage.com for clarification.

END_OF_DOCUMENT_TOKEN_TO_BE_REPLACED 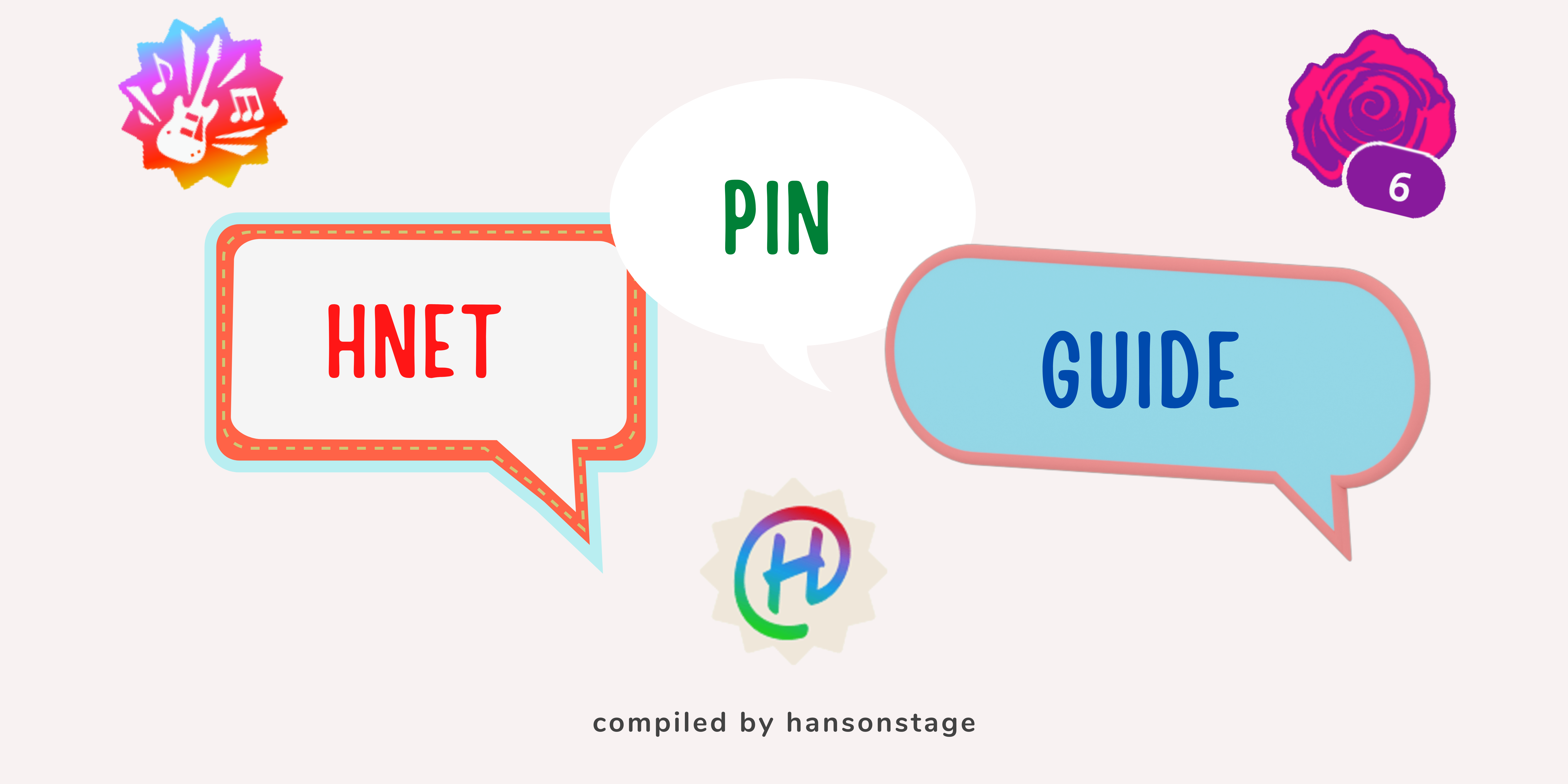 Since the site’s relaunch in 2014, Hanson.net members have had the opportunity to get “pins” – similar to video game achievements, members have the opportunity to “level up” and get exclusive pins on the website based on different actions taken on the website or events attended in real life.  With the 2020 re-relaunch we decided to make a guide of all the pins and how to obtain them.

END_OF_DOCUMENT_TOKEN_TO_BE_REPLACED 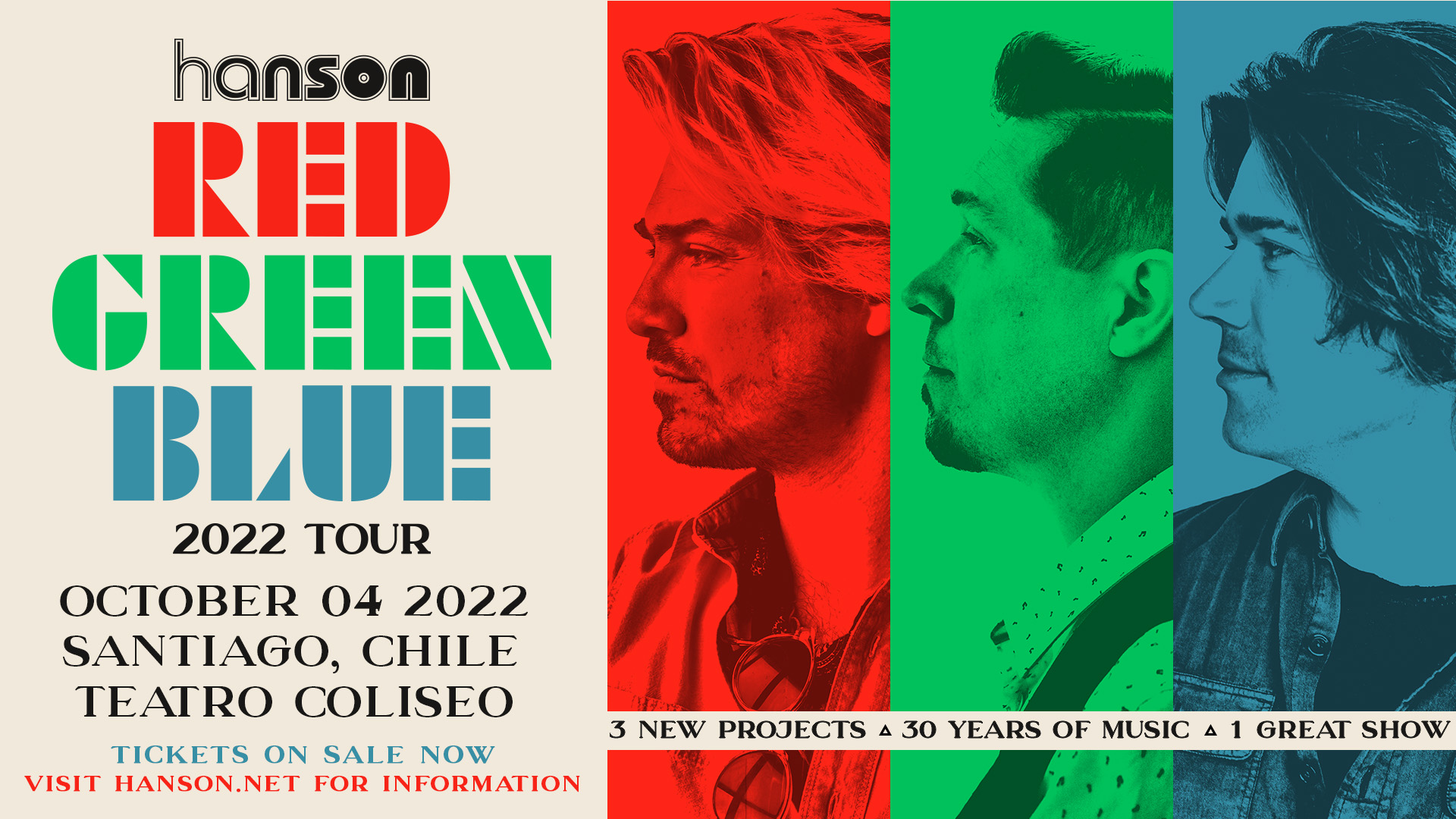 Have you ever wondered what songs Hanson has played based on their tours?  Be sure to check our out ‘by tour’ page: https://www.hansonstage.com/bytour.php  Now with a new feature – a link to see what songs YOU have heard Hanson play by tour!  Make sure you are logged in when you go to the page and click the link after “Want to see YOUR stats by tour?” to find out! 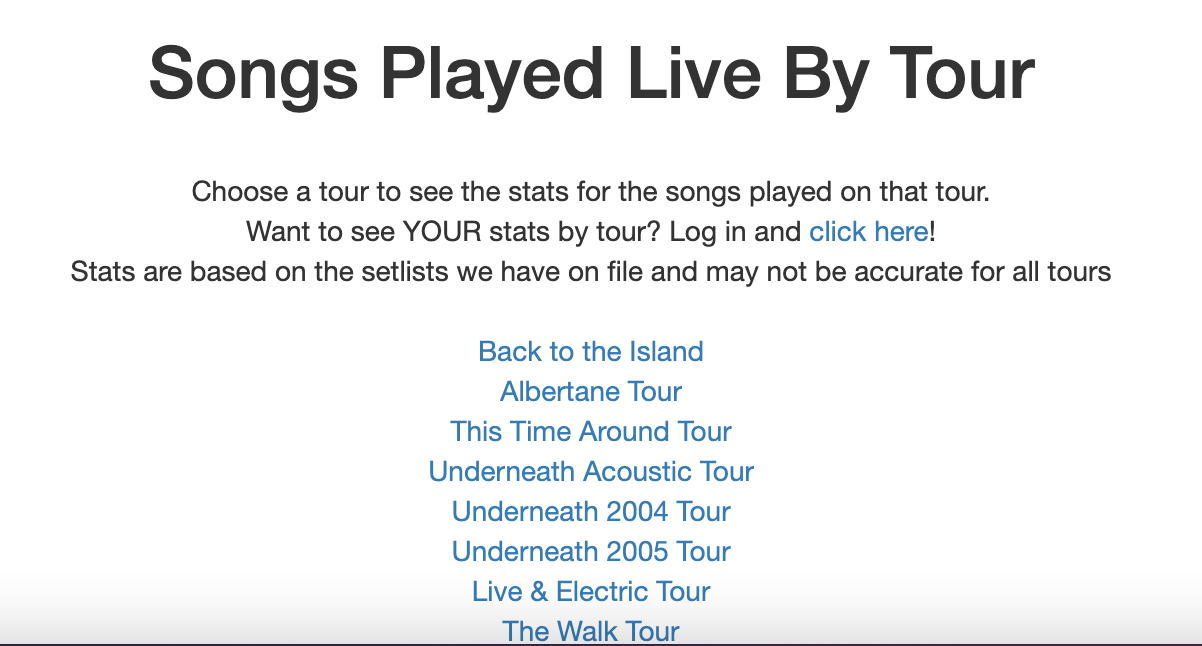 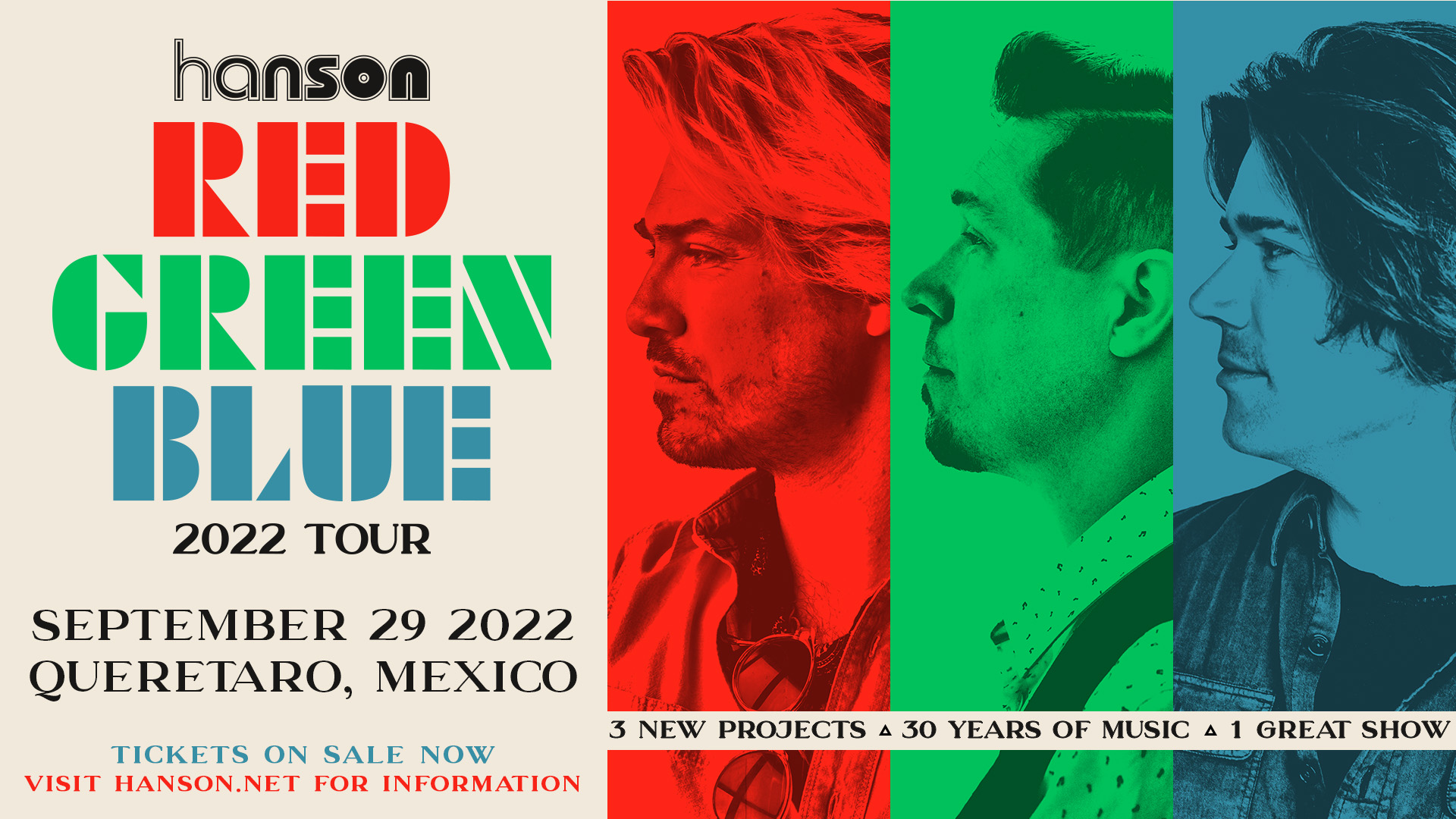 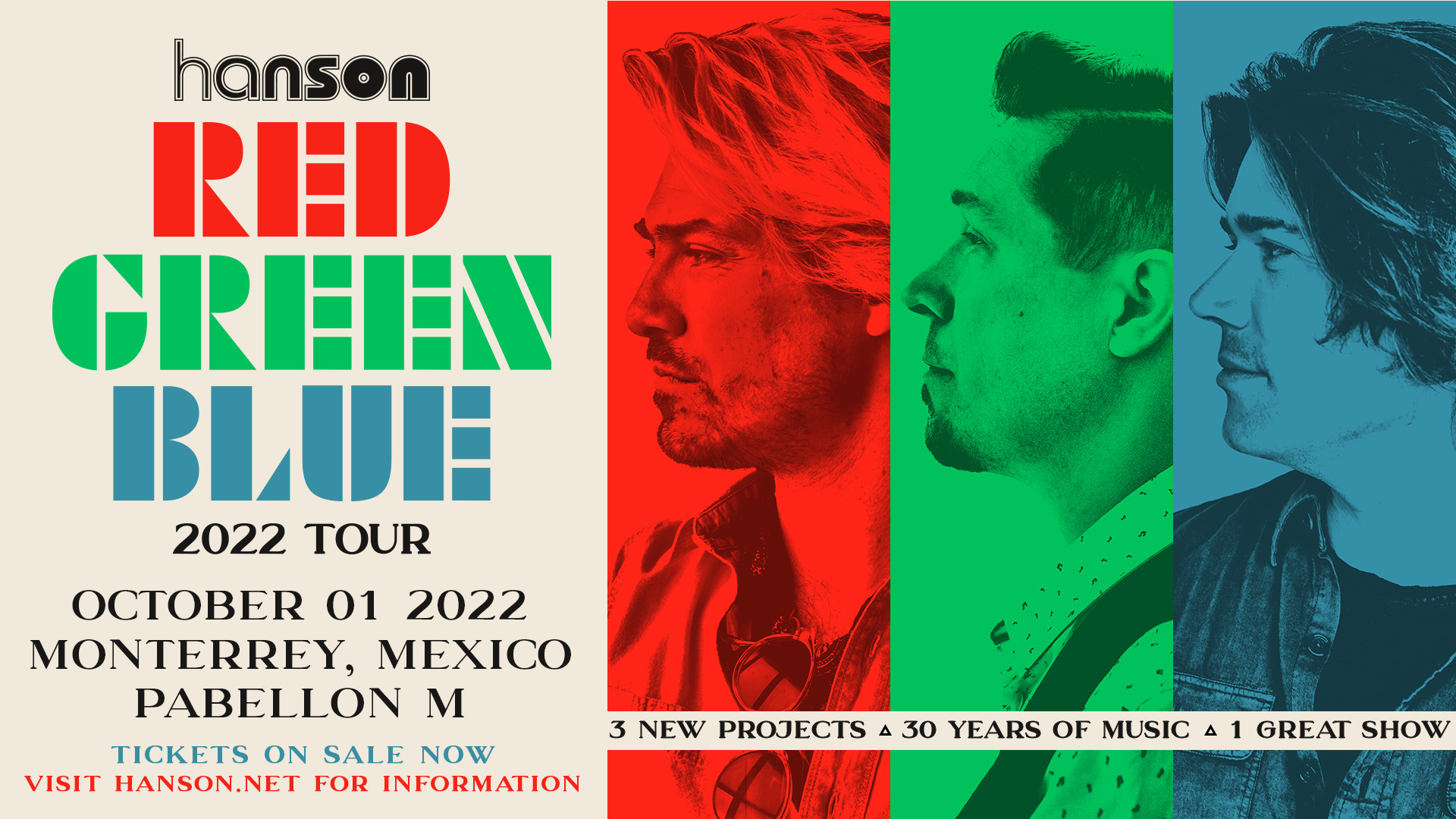 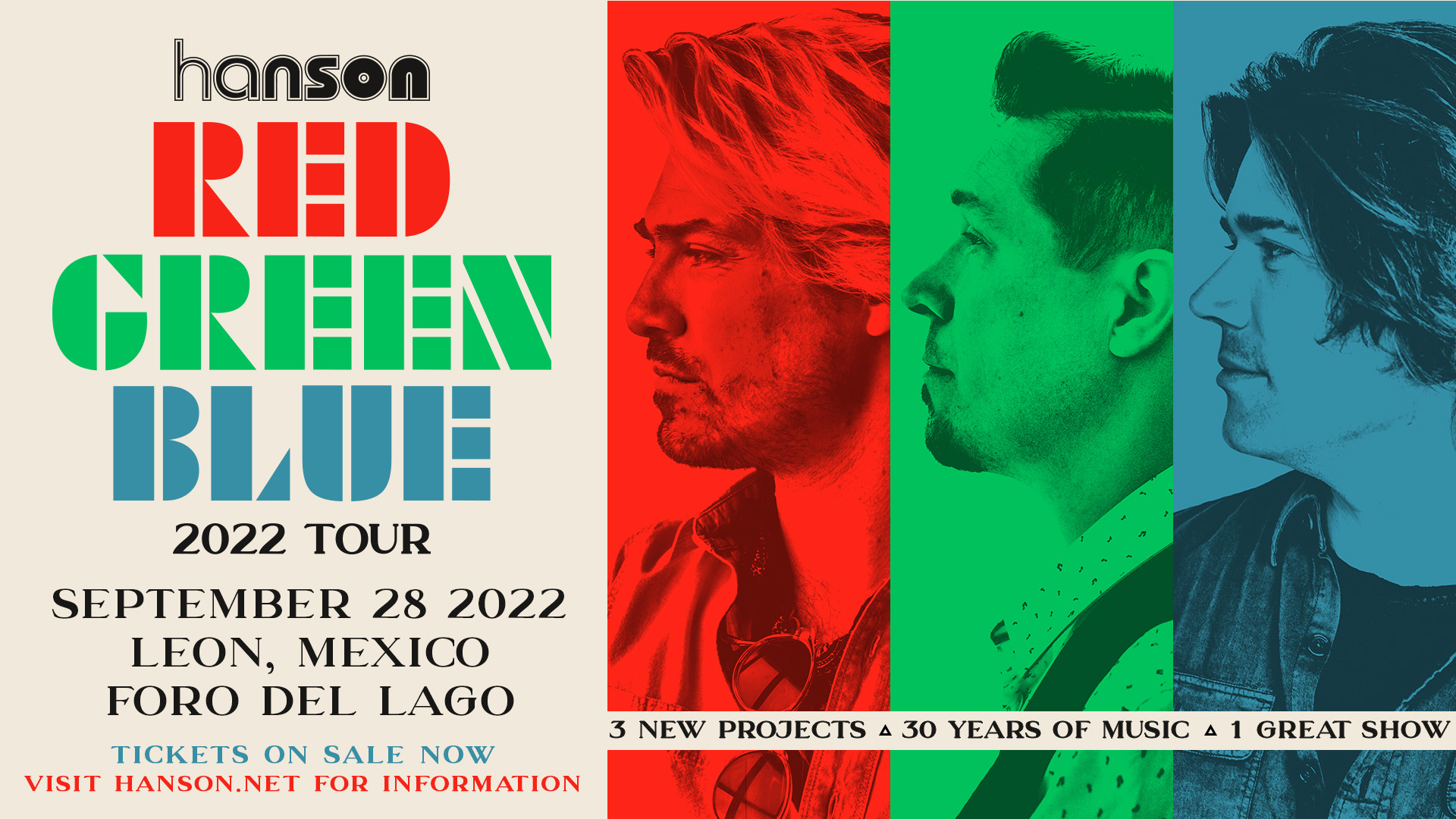 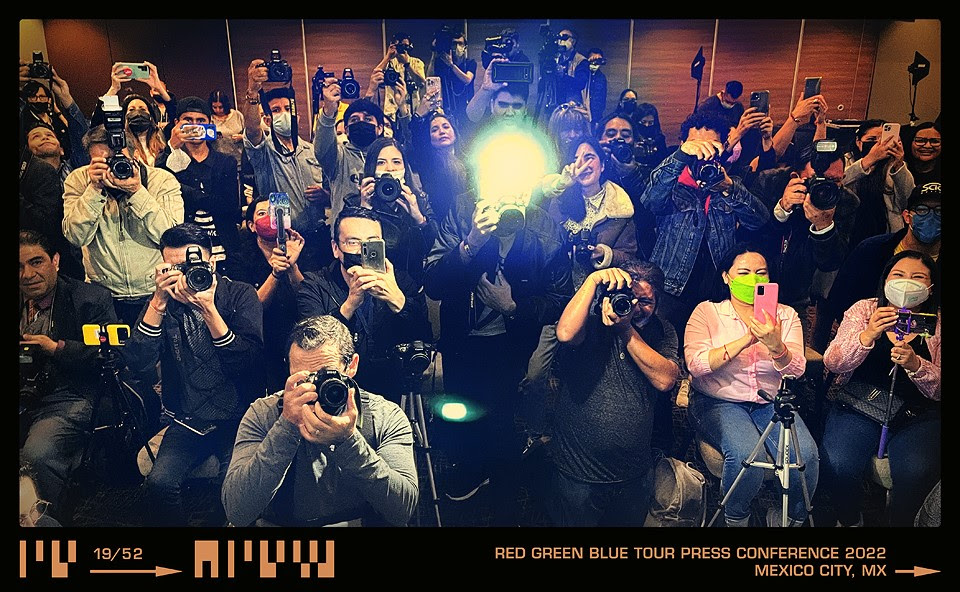 WEEKLY PIC
The Latin American leg of the tour is off to a flashy start.

END_OF_DOCUMENT_TOKEN_TO_BE_REPLACED 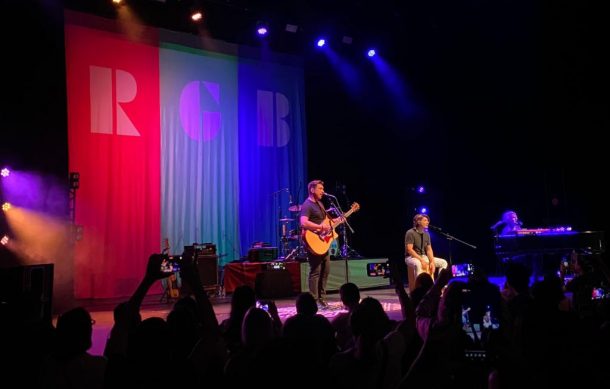 Just under 600 people gathered last night at the Diana Theater to witness Hanson’s concert in Guadalajara.
The brothers Zac, Taylor and Isaac stirred the feelings and nostalgia of those present by remembering their teenage times.
At 9:00 at night, the Oklahoma-based band began their concert on a stage covered in red, green and blue lights for their new album, “Red Green Blue” with rhythmic songs, and then did acoustic, but the magic moment of the night was during the song “Weird” as attendees threw white paper flowers onto the stage, which were placed on the theater seats by a fan club before the evening began.
Amid applause, and after almost two hours of show, Hanson said goodbye to the people from Guadalajara to continue his tour of Latin America. (By Kevin Casillas) 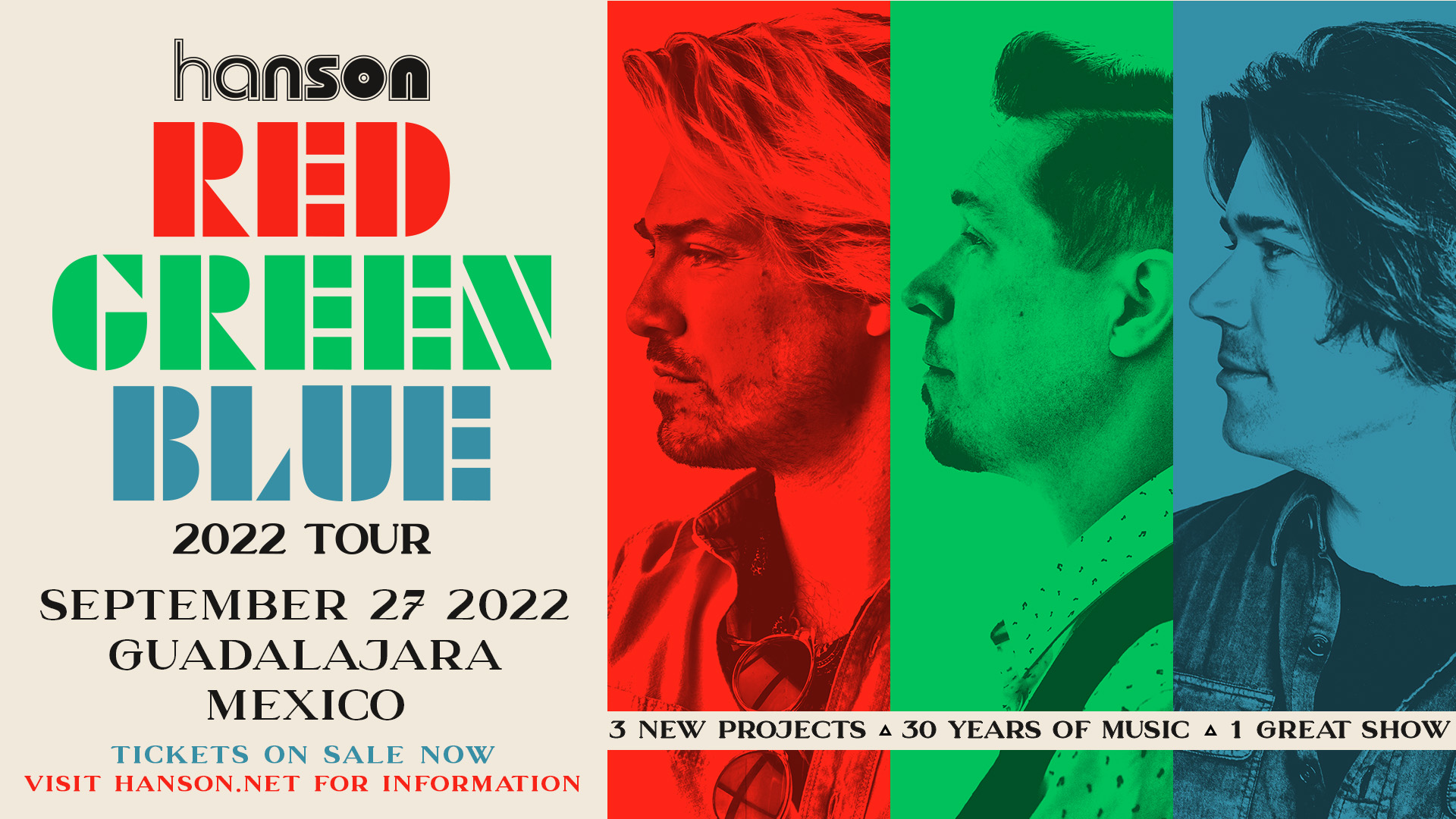 They have just released the album “Red Green Blue”, where each color represents the songs of one member of the band: Red by Taylor, Green by Isaac and Blue by Zack.

25 years have passed since the moment he conquered the world with his angelic face. United Kingdom, United StatesNo matter where you looked, they were the number 1, most listened to. It was such a big hit incident’mmm bop’Created by three brothers, hanson, Even today, after all these years, they are more relevant than ever. With that impression they will take strong strides with their Latin American tour where they will visit countries like Argentina, Chile and Brazil,

the band that comes with it red green blue world tour, which gets its name from his most recent material, celebrates his 30 years of experience. After decades of work in which he released 24 albums, Isaac, Taylor and Zack Hanson Introducing his new album: red green blueWhere each color represents the music of each. “Red” features six songs written by Taylor, with “Green”, five tracks by Isaac, and “Blue”, integrated by five compositions by Zack., Excited and eager to embark on a new phase of the tour, they turn on their cell phone cameras to sit down and talk. teleshow, “We are very pleased to meet our audience in Latin America. This is the first time that we do a project of these features. Here each aired their views, we were interested to see what each one could do. It was a challenge, but the fans who follow us have an idea, they know what sound we bring to the band”, explains the youngest of the brothers.

The idea behind RGB was also to go back to the origins, when in childhood, each of them was identified by a color, A similar concept appeared on the cover of their fifth album. shout it outLaunched in 2010. Thus, the trio mix nostalgia and feelings, emotions that they will try to generate in their next show, with what they will give. Next 6 October at the Teatro Gran Rivadavia in Buenos Aires, Argentina, People will be able to revisit the sounds of their childhood or adolescence, which are reminiscent of the 90s. “As we started so many years ago, someone connects with people and sings about life, experiences. It’s one of the best things,” says Zack. 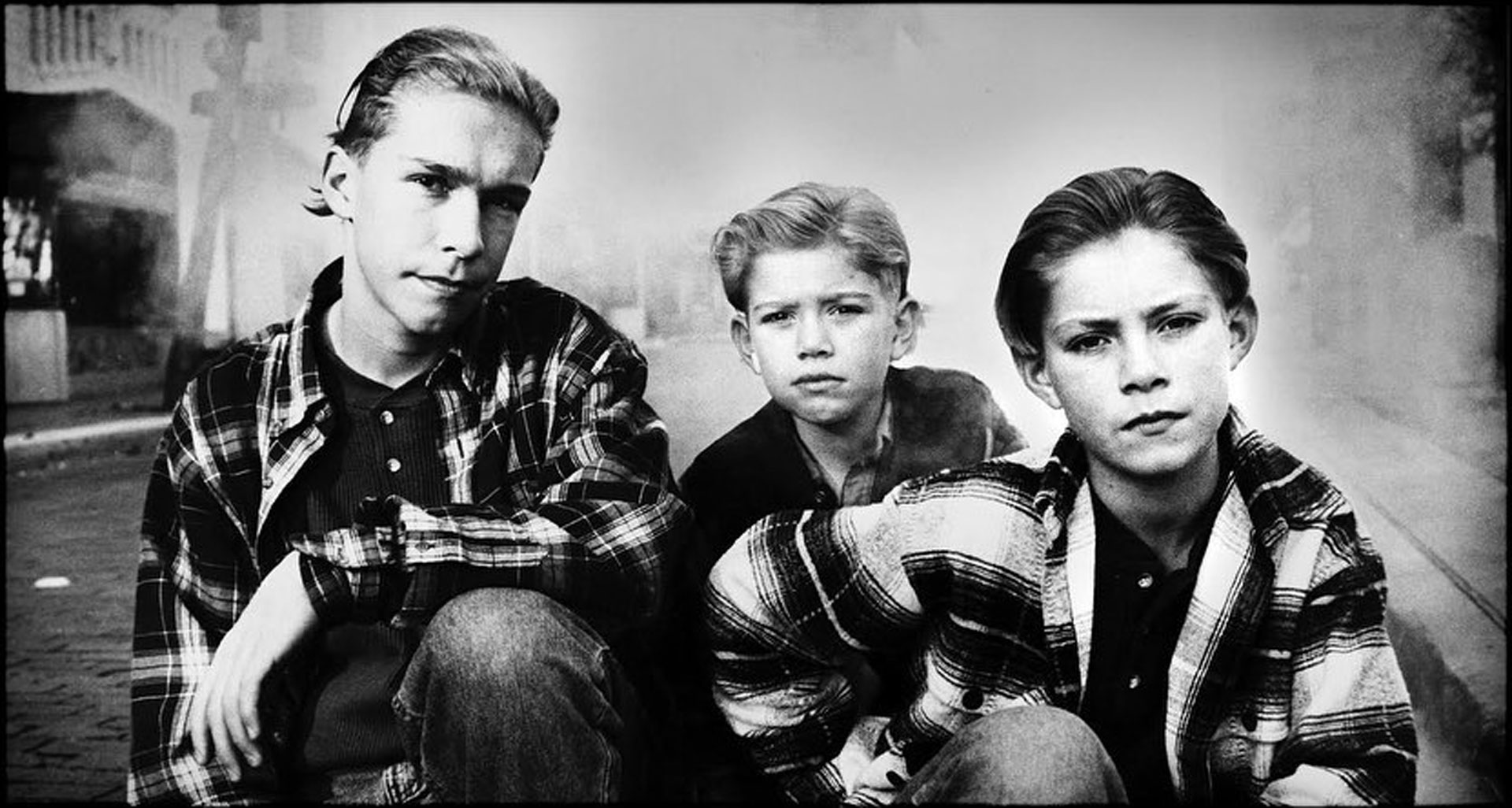 The group will return to the country 5 years after their final tour in 2017, when they arrived in the midst of celebrating 25 years of their successful album. middle of nowhere, But beyond that visit, Taylor assures that each experience is different from the previous experience: “Every show is important because they are unique places, the people are just there, in that place., Nothing like that experience for both us and the fans. We remember him with great emotion, a wonderful audience. We couldn’t travel much at that time, I hope now we can learn more about the city.

Over time they remained light blonde locks, with manes giving way to modern cuts. While those childish looks were left behind the beard, many years have passed since the three boys achieved worldwide fame with their hits.mmmbop‘ in 1997. afterwards, Isaac was 16, Taylor was 14, and Jack was 10., Too small for tremendous success. With that song, the Hansons reached number one in the US Billboard rankings, something that only reached that age. Michael Jackson, But the phenomenon can also be understood in numbers. the thing is, in the blink of an eye their subject got there Ranking first in 27 countries, including the United Kingdom and the United States, it managed to sell 10 million copies and even garnered three nominations for the Grammy Awards.,

“We didn’t expect something like this to happen, but we thought there’s something to it, you can’t stop singing it. It was just a matter of being there at the right time”, highlighted Zac. At the same time, his brother Taylor said Highlighting why he thinks the song has become a worldwide phenomenon: “For me, success is because it overcomes obstacles, it has nothing to do with languages.” 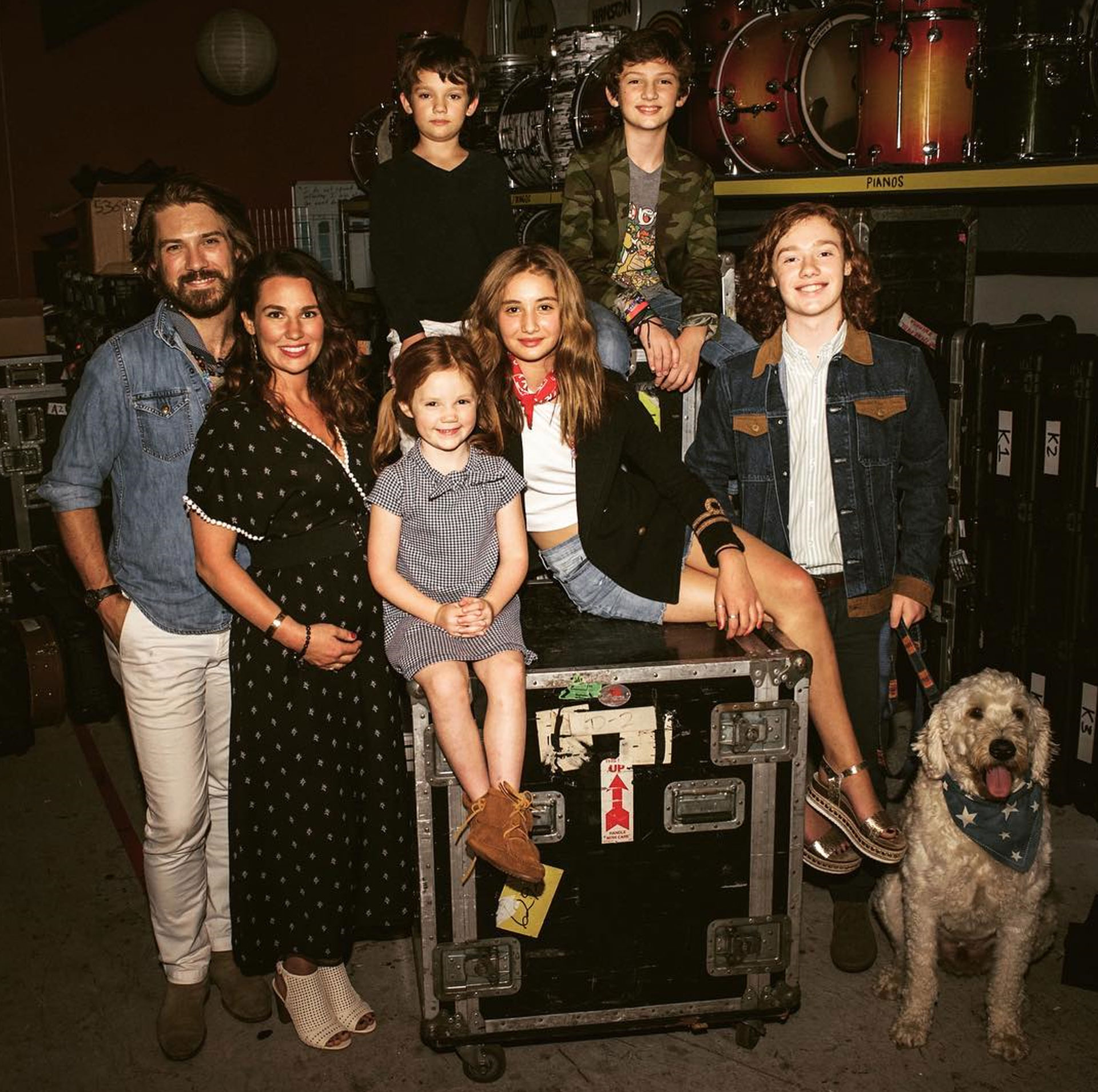 They have 15 children between them, seven by Taylor, five by Jack, and three by Isaac.

But beyond understanding the context, the catchy melody and the phenomenon the brothers cause, it’s anecdotal that the concept of ‘MMMBop’ reflects exactly that. Jack says, “Go on now, make up your mind and don’t think about it too much, because in an instant, in an MMBOP, life is over and it will end, that’s what it means.”

Born in Tulsa, Oklahoma, it was the first of three brothers who, in 1992, inspired artists such as Aretha Franklin, Elvis Presley, Little Richard and Chuck Berry, he began rehearsing everything he learned during the week in piano and singing classes in his home garage. However, the garage of the house quickly knocked him out, and soon after trying it out at a festival in his area, it was this kick that got him to the next step. Within a few years he recorded two albums, which were released independently: boomerang came out in 1995, and mmmbop One year later.

But it wasn’t until the following year that everything exploded. Thanks to the support of the Mercury/Polygram Records label, the Hanson brothers released the album. middle of nowhere Including ‘MMMBop’, the pop song that made them the boy band of the time. Since then, when his career had already started, he started fighting to stay in those positions despite the passage of time. They continued touring after tour as well as releasing albums such as around this timeTrying to move forward in that world without losing his musical identity. 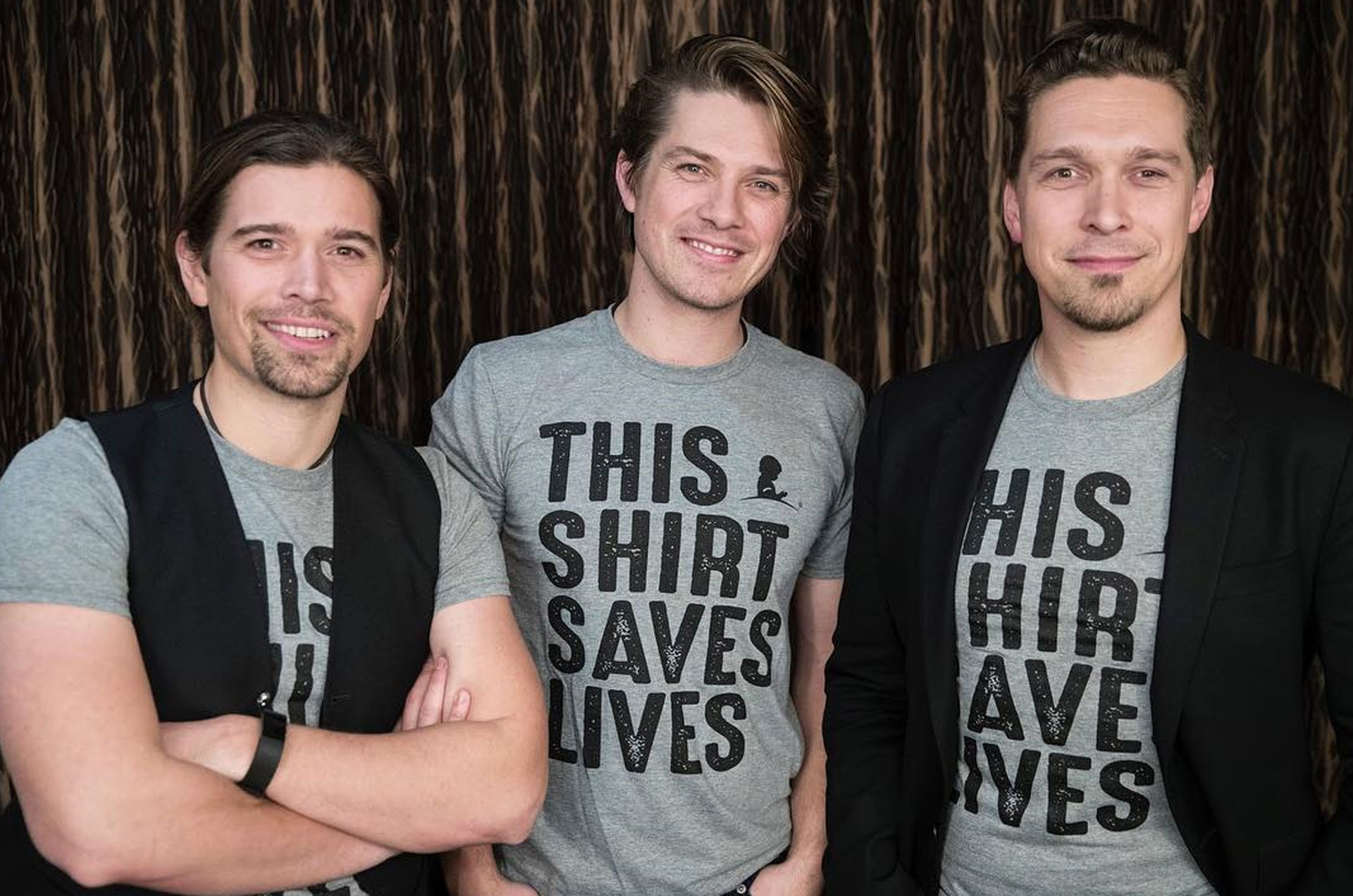 The Hansons celebrate 30 years of career this 2022, releasing 24 albums

However, the truck of success came to a halt. This was from the year 2000, and until 2004, the band had not released a single album., they came to write about 80 themes, but nothing could open his struggle with his label. “There were people who didn’t understand us, those were hard times where we couldn’t express ourselves the way we wanted to,” Taylor explains. The band was ‘stuck’ in the merger of the two companies, thus leaving them in a sub-label that did not agree with the type of music they wanted to release.

After years of frustration and even debate, the brothers reinvented their concept of success and took the risk of taking the leap. For this reason he created his own record label, 3CG Records, an abbreviation for 3 Car Garage, in reference to the location he used as a recording studio before becoming famous. that’s how they worked belowalbum in which In the first month it sold 37,500 copies in the United States, a figure with which they reached #1 in the Billboard rankings as an independent album., His decision allowed him to release new albums with his label such as: walk (2007)shout it out (2010), Anthem (2013), it’s christmas at last (2017), everywhere in between (2017) You string theory (2018).

Since then, the brothers knew how to keep themselves in constant evolution and be present in the current music landscape. Thus, One Hit Wonder became one of the most successful bands in the history of pop music, marking an even era. To the point that he has his own day in his homeland. Tulsa celebrates Hanson Day on May 6, which has been declared Band Day by Oklahoma Governor Frank Keating. Although it was a tribute to the year 1997, fans of the band carried on the tradition. 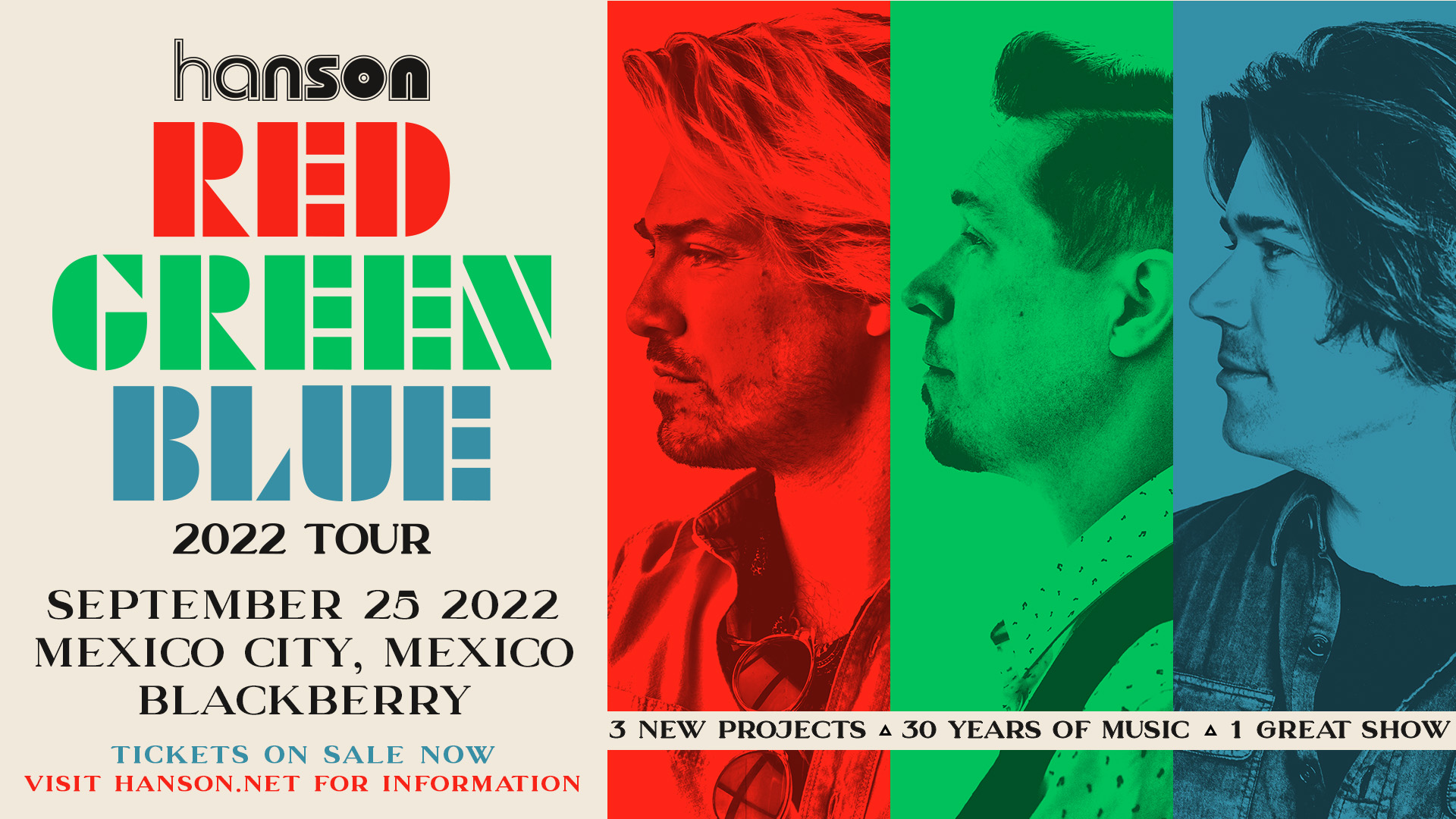