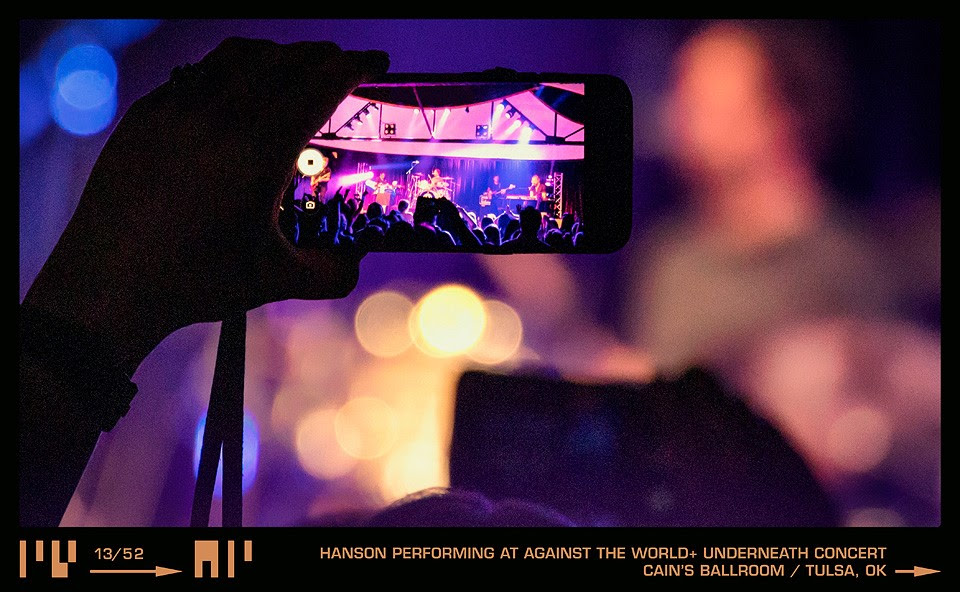 WEEKLY PIC
Last weekend was a blast with live streaming shows, plus the Live premier of the song Against The World. Thank you to everyone who watched online or in person, we can’t wait for next month!

MESSAGE FROM THE BAND
Big thank you to our team of techs and camera operators who came together to make last weekend’s streams such an overwhelming success. We hope it was as powerful for all of you watching as it felt on stage. Revisiting Underneath and The Walk in such a complete way hasn’t happened since June of 2011, more than ten years ago, enough to say it was long overdue.

The fourth song and title track from “Against The World” is now out, and we hope you are all enjoying the perspective altering visuals that make up the music video. Against The World says so much about our band’s shared world view, and touches on something so familiar, a sound that seems to recur throughout our musical discography. We are now officially more than half way through ATW, but we still have so many more sounds to share. Hope to see you all again for next month’s shows, thanks for listening

NEW MERCHANDISE
Check out the new items in the Hanson.net Store.

AGAINST THE WORLD SINGLE OUT NOW!
HANSON released the fourth single and title track from Against The World, their new project being rolled out throughout 2021 over seven months, one single at a time. “Against The World,” is now available on all digital platforms. The song’s official music video was premiered via People magazine.

“‘Against The World’ is really about striving for things you believe in, in spite of the odds against you,” says Isaac Hanson. “Anyone who has strived for something understands – the journey to achieve almost anything is full of days when it feels like it’s just you against the world.”

“In our personal journey we have shared that struggle not only with one another but with incredible fans for nearly 30 years,” added Taylor Hanson. “And when you have those alongside you striving together, almost anything is possible.”

WATCH “AGAINST THE WORLD” 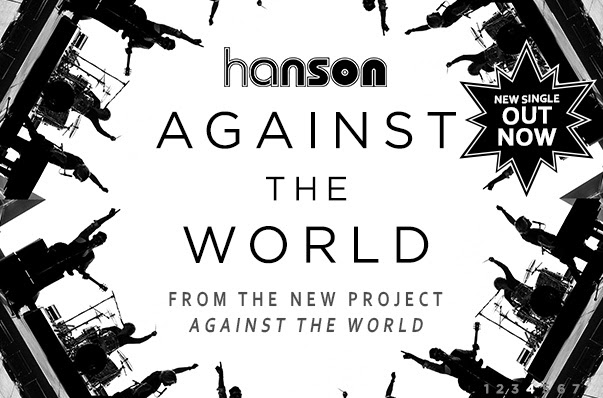