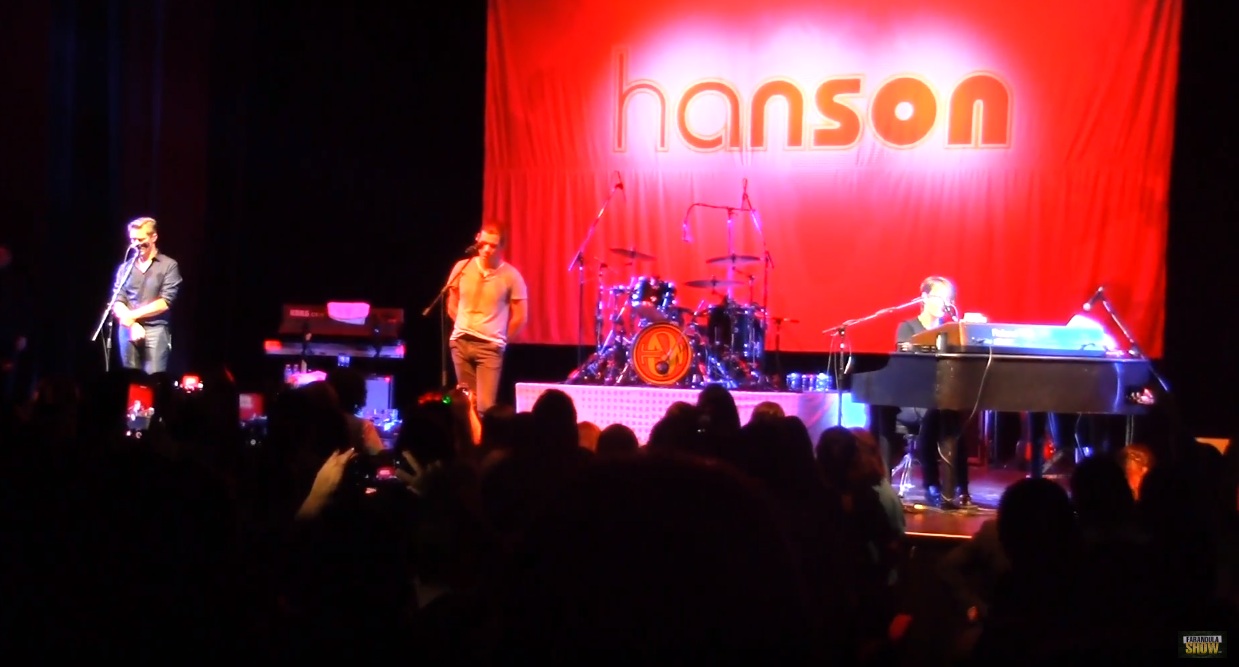 As part of its 25th anniversary the band has been making an extensive tour that includes presentations in Europe, Australia, North America and South America in which they review all his discography.
Also as part of the anniversary, they launch in September of this year Middle of Everywhere – The Greatest Hits, an album with the complete collection of their most famous songs like Mmmbop, Where’s The Love and Weird, as well as their new single I Born.
Formed in 1992, the trio of brothers from Tulsa, Oklahoma, started playing classical rock and soul music also featuring original songs. The success came in early 1997 with the release of their third album from their studio Middle of Nowhere, which includes Mmmbop, and which began a long list of singles that positioned them as one of the world’s leading artists. Look at the video:

“Making music together for 25 years is a milestone we had to recognize, and what better way to do it than with an anniversary tour and a Greatest Hits.”
Taylor Hanson. “The response of the tour so far has taken us far, and we are really looking forward to taking the tour to Latin American fans to celebrate this important moment.” Isaac Hanson. “Time flies When you stop a little and everything you did you find yourself with great moments and good songs, I am proud of the way we went.” Zac Hanson.