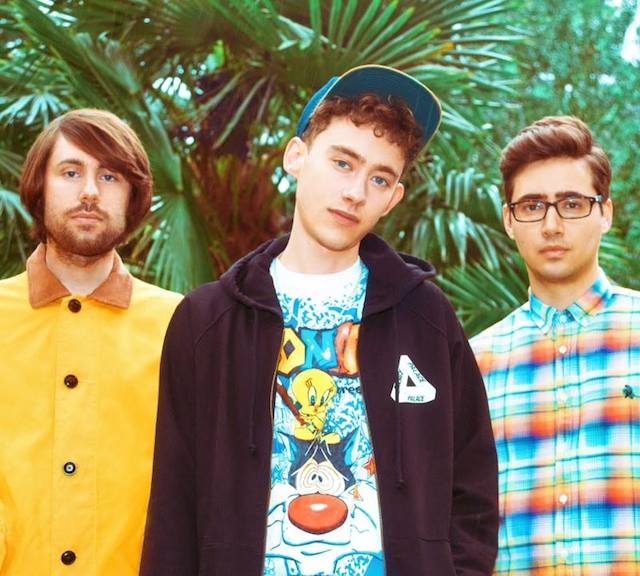 Olly Alexander has been on the periphery of fame for a while. When he was 18, he left the countryside of Wales and moved to London. In no time, he started racking up the acting credits. He appeared on “Skins,” one of the most watched teen dramas in the UK. He starred as Peter Pan, alongside Ben Whishaw and Judi Dench, in the West End play Peter and Alice. And, most recently, he held the leading in Stuart Murdoch’s film, God Help the Girl, which took home several awards at Sundance.

But Olly doesn’t want to talk about that. Instead, he’s here to talk about his band.  And while he can obviously act, he can really, really sing. The guy’s voice is so falsetto, it’s tough to tell whether he’s even a guy. (When I was playing the band’s latest release, a moody cover of “Breathe” by Blu Cantrell, my mom commented how nice “her” voice is. Needless to say, he has no trouble hitting those high notes.)

Years & Years’ debut album is still a year away, but for now, we’ll be listening to the intoxicating single, “Take Shelter,” on repeat. That, and lamenting the downfall of Blu Cantrell.

How old were you when you were in your first band?
When I was in secondary school, so 14 or 15, I was in a band with my friends George and Georgina, just the three of us singing with a guitar. It was just a cover band, and we’d to do TLC, Destiny’s Child, and Hanson. We sang “Mmmbop.”

Please tell me I can find these on YouTube.
No!