NEW YORK — Hanson fans packed Irving Plaza on Monday night to celebrate a milestone with the trio of brother’s from Tulsa, Oklahoma: the brothers’ 21st anniversary as a band! Believe it or not, Zac, 27, Taylor 30, and Isaac, 32, started in the music business back in the 1990s when they were barely pre-teens. Now, their sixth studio album, Anthem, is in stores (June 18) and they’re set to hit MTV’s O Music Awards stage on Wednesday.

“We are going to celebrate 21 years of music,” Taylor told the crowd of enthusiastic New York City fans, many of whom had camped out overnight and traveled from as far as Florida to see the band perform.

Hanson kicked the night off by playing a set of six songs — to represent each of their six albums. The guys started with “Thinking of You” from their multiplatinum 1997 LP, Middle of Nowhere, and ended with “Fired Up” from their latest, Anthem.

“[Anthem] really garbs a slice of each influence of our band,” Taylor told MTV News when we caught up with them at their concert. “You really do hear some true rock and roll. You hear a lot of soul music, which we have always talked about. Anybody that’s followed Hanson knows that ’50s and ’60s music is the catalyst, and you hear that in the first single, ‘Get the Girl Back.’

Throughout the nearly-90-minute set, Hanson delighted their devoted fans, affectionately known as “Fansons,” by playing a mix of old and new songs. And that’s not surprising, considering Taylor told us, “The thing about our band today, more than ever, is the ongoing connection with our fans is really what makes it possible.” Among the crowd favorites were songs like “Where’s the Love,” “Lucy,” “Penny and Me” and “If Only.” The trio also played their latest single, the previously mentioned “Get the Girl Back.” 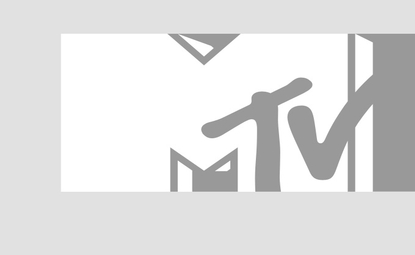 Appropriately enough, though, Hanson, chose to give the song that put Hanson on the map, “MMMbop,” the 21st slot in their set list. And given that they’re all grown up now, the band also took the opportunity to plug their newest business venture, a beer they’re calling MMMhops. A portion of the proceeds from MMMhops merchandise is going to aid tornado victims in the band’s home state of Oklahoma.

Hanson will play Irving Plaza again Tuesday night; for more info on tour dates check out Hanson.net. And be sure to tune in to the O Music Awards’ 24-hour streaming event, titled “Live Music Day,” kicking off Wednesday night at 7 p.m. at OMusicAwards.com