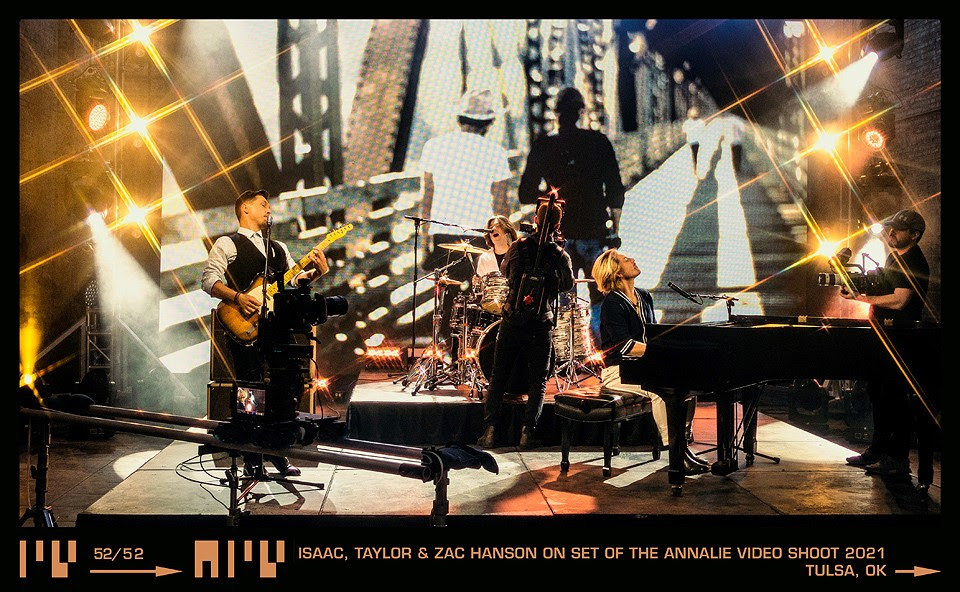 WEEKLY PIC
Check out this pic during the making of our latest music video for the brand new single, Annalie. This week we are unfolding a ton of new music and announcements about the new album Against The World. Check out the song wherever music is streamed or sold!

MESSAGE FROM THE BAND
It is true after weeks, no months of hiding it, we were officially revealed this week as The Russian Dolls on The Masked Singer! It was a wild experience doing the show, and having to keep it a secret even when everyone around us seemed to already know. We knew the show had a big audience, but I don’t think any of us expected to get nearly as many texts from friends and relatives saying,

Being contestants on The Masked Singer was not the only reveal of the week. This week we also dropped our first single, Annalie, as well as the first music video from Against The World. ATW is being released one song at a time, sharing a new single and music video the first Friday of every month from now through November. We love the seven songs that make up Against The World and we love the idea that each song will get a moment in the spotlight. Though we have never released a project like this, it is something we have been thinking about for years and it is exciting to finally be embarking on this journey with all of you. If you are a Hanson.net member you won’t have to wait until June for more new music. Monday HANSON Day streams kick off with the world premiere of the 2021 Members EP “Crossroads”. We will be sharing five brand new songs, and taking your questions starting at 7PM CT. incase you missed it next week will be full of streams, something everyday for Hanson.net members tune in for and you can find all the details on the HANSON Day 2021 page.

It is going to be a great week, hope to see you all there!

ANNALIE
HANSON are making 2021 all about new music with their seventh studio release, Against The World, set to premiere in seven consecutive monthly singles throughout 2021. The debut single is “Annalie,” available today on all digital platforms. “Annalie” displays the band’s influences from craftsmen like Paul Simon and the flavors of South African guitar, while the lyrics reflect Memphis and other musical places from which the band draws its inspiration.

“Annalie welcomes people into this music with an uplifting spirit while highlighting much deeper meaning in the lyrics and story, which is a call out for grace amidst the journey of life. We felt like it was a great song to begin this epic journey,” said Zac Hanson. 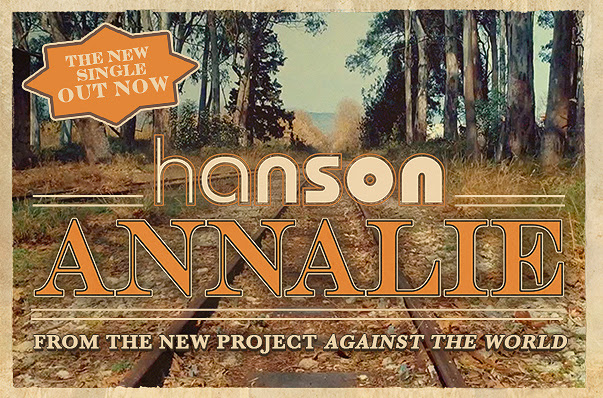 HANSON DAY 2021
MEMBER EXCLUSIVE: This year “HANSON Day” is happening ALL WEEK LONG with a mix of streaming broadcasts and live concerts May 17th through 23rd!

Festivities kick off with the world premiere of Crossroads, our 2021 Members Only EP, and it all culminates with the HANSON Day live concert on Saturday May 22nd, and Members only Nightcap Sunday the 23rd. We are so grateful for this amazing community of fans that have helped us pull through one of our toughest years ever, and are really excited to share a full week of music, cool projects, and of course our plans for the future. HANSON Day is both a celebration of our anniversary, but also of you, the Hanson.net community, so everything all week long is Members Only, especially the limited in person tickets available for the Friday and Saturdays concerts. We will be playing HNet Explorer every day of the week, as well as hosting virtual Meet and Greets throughout, so no matter where you’re watching from, you will have a chance to get in on the action. We hope you will join us!