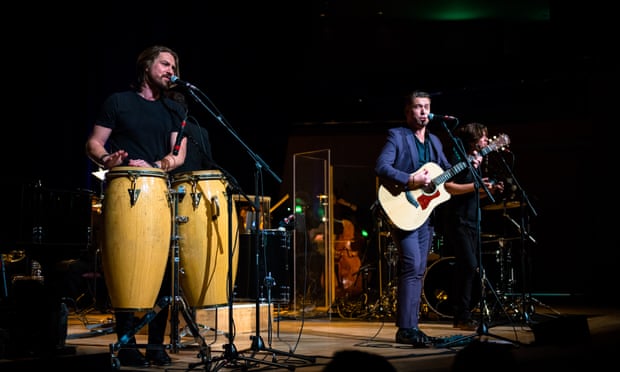 Hanson’s String Theory album and tour invites a certain suspension of disbelief. From Deep Purple to the Who, bands who get the orchestral treatment generally have oodles of smash hits and enormous cultural gravitas. They’re not former teen combos best remembered, in Britain at least, for one song and who haven’t had a Top 40 entry in the UK this decade. 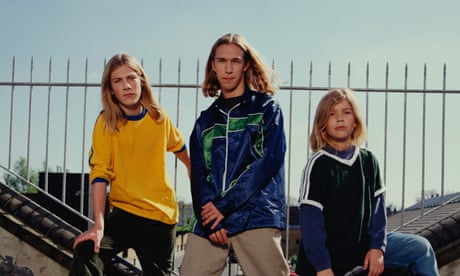 Still, Hanson don’t lack chutzpah. MMMBop is dispensed with early on, as if to demonstrate that the 23-song setlist, laden with new material, will reveal other charms. The now man-band have spent the last 22 years earnestly growing up musically. There are mature, yearning ballads and wistful, vaguely Beatlesque soft rockers, each benefiting from the sumptuous arrangements of David Campbell (Beck’s dad) and the Manchester Orchestra.

Granted, there are moments, especially in the sedate first half, when the band’s well-crafted but anonymous AOR seems too slight for such lavish treatment – although the 2016 choral song Joyful Noise is truly lovely. Things up a gear in the second half as rockers with parping horns mingle with Hey Jude-type orchestral singalongs. The defiant No Rest for the Weary (“Yesterday was just fine, but the future’s all I’ve got time for, yeah!”) gets the audience on their feet, and once the new song The Sound of Light piles on the “whoah whoahs” there is something approaching Hanson-mania. It’s a surreal evening, but it is oddly touching that a band who were expected to have burned out years ago still inspire so much love.

• At Rock City, Nottingham, on 14 February. Then touring.