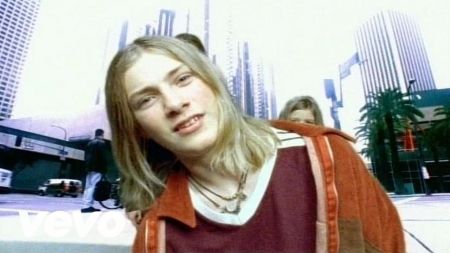 1997 was the year of “MMMBop.” That song was all over the radio during that fateful year for Hanson, the makers of that song. The brothers from Tulsa, Oklahoma did have a few more sizable hits after their monstrous debut, but they have rarely been seen or heard from on the main stage since 2004.

So what happened to the “MMMBop boys?” Well, to find out, let’s jump into the AXS time machine and head back in time to 1992, the year the brothers first hit the scene.

Back then, they were known as “the Hanson Brothers,” and in 1994, they began to record two independent albums. The first one was 1995’s Boomerang, and the second was MMMBop, which was released in 1996. Little did the brothers known that the title track to the second album would go on to be their defining single.

Enchanted by “MMMBop,” Mercury/Polygram Records signed the group in ’96, and the brothers took the best tracks from their two indie albums and put them together to create Middle of Nowhere, their commercial debut, which was released in 1997.

“MMMBop” was everywhere that year, and the single topped the Billboard charts and went number one nearly worldwide. “MMMBop” pushed Middle of Nowhere to number 2 on the Billboard 200 and would go four-times Platinum. The brothers were one of the headliners of that year’s South By Southwest festival, and on May 6, Oklahoma’s then-governor Frank Keating declared “Hanson Day” in Tulsa.

Hanson was clearly enjoying their 15 minutes of fame, but that time would quickly fade away. Though their sophomore album, 1997’s Snowed In, went Platinum, the album wasn’t as successful as Middle of Nowhere, and Hanson’s profile slid even further when 2000’s This Time Around only manage to go Gold and just barely cracked the Top 20 of the Billboard 200.

One of the biggest reasons for Hanson’s commercial slide was due to the contraction of the “boy band era” in the early 2000s, and during this time, only the strong was going to survive, and Hanson was not among the genre’s strongest groups.

This was cemented in 2004, when their fourth LP, Underneath, basically crashed commercially (though it was critically praised). To be fair, Hanson has still managed to get their albums onto the charts, but not at the same veracity as Middle of Nowhere, and neither of their subsequent albums has yet to erase the stigma of Hanson being the “MMMBop Boys.”

Hanson is still together and recording today, and although “MMMBop” has become stuck in the lexicon of teen pop annals (and Hanson’s catalog), you can’t help but feel that the brothers from Tulsa yearning to be known for more than just that catchy slice of bubblegum pop.