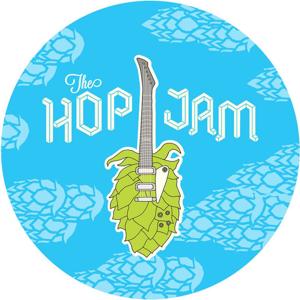 A hop-shaped, playable guitar will be raffled off at the Hop Jam Beer and Music Festival to benefit the Community Food Bank.

The bands are in and the finalists are named: Now it’s time to pick the band that will open the Hop Jam Beer and Music Festival.

More than 35 entries were narrowed over the weekend by festival organizers and members of Hanson to five finalists, and voting is open at noon Monday to pick the winner.

The five bands are The Lunar Laugh, The Lukewarm, Skytown, SocietySociety and All About a Bubble.

The winning band will open the Hop Jam Beer and Music Festival in the Brady Arts District on May 17. They will get the chance to share the stage with Horse Thief, Jamestown Revival, Black Joe Lewis, The Polyphonic Spree and Hanson, who will close out the night.

Voting is open through midnight May 8 at tulsaworld.com/awesomemusiccontest, where fans can listen to a recording from each band. Fans can vote once every hour through May 8.

The Lunar Laugh is an Oklahoma City-based duo of Connor Anderson and Jared Lekites. They recorded their debut album this year with sounds inspired by “the pop masterpieces of the 1960s and ’70s,” the band said.

Bringing together hip-hop and rock, SocietySociety puts on a big show that should be experienced.

All About a Bubble has a playful name, but these guys are serious about making big rock music and putting on a big show.