Hanson press on despite doctor’s warning 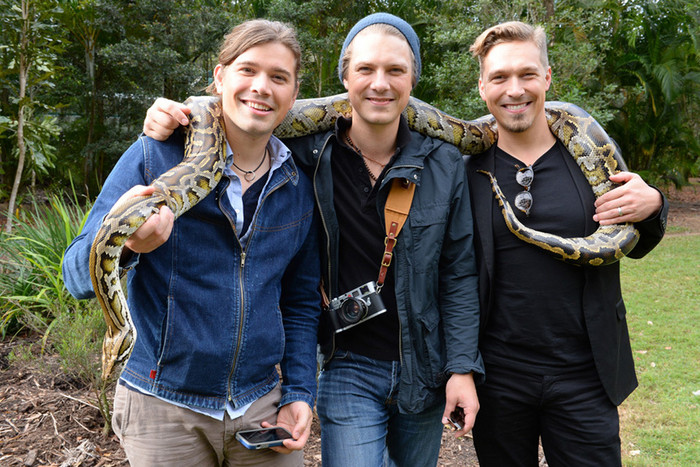 Pop-rockers Hanson have vowed to press on with their Australia/NZ tour after doctors prescribed “vocal rest” for one of their members.

Drummer/singer Zac Hanson has fallen sick on the band’s tour Down Under and he has been ordered to rest his voice.

His brother bandmates have decided not to cancel the upcoming shows and will press ahead with a gig at Sydney’s The Hi-Fi venue on Wednesday night.

In a series of posts on Twitter, Zac reveals he will still take to the stage with his siblings, but won’t be singing as usual.

He writes, “Well I have lost my voice all together, but if you all are willing we will still make the HiFi rock tonight. You can’t stop us!… Went to the DR (doctor) today and was told I need ‘vocal rest’ so I need the crowd tonight to do all my parts. You guys up for that?”

Hanson are due to perform in Auckland at the Powerstation on August 17.