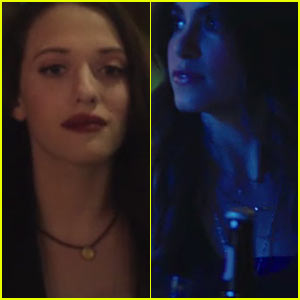 Check out Nikki Reed and Kat Dennings in the video premiere for Hanson‘s latest hit “Get the Girl Back”!

“New vid, up! feat- @NikkiReed_I_Am , @OfficialKat, @drewseeley, @ALEXBEH,@drakebell, @thepaulmcdonald, @amypaffrath” the Hanson boys tweeted, including tags to all those who appeared in the video as well, including Nikki‘s husband Paul McDonald, Drake Bell, Drew Seeley, and more.

“GUYS. Things get spilled on me in this clip from the awesome Hanson video for “Get the Girl Back” Kat tweeted in reference to a part of the video.

Be sure to check out the list of Hanson tour dates – catch them if they’re in your area!