In 2004, Hanson started adding “solo songs” into their sets with only one brother on stage.  For most of the RGB tour – each brother took the stage for a solo song, which was appropriate given the way the RGB album came together.  Here is a breakdown of the songs each brother did solo, by leg of the tour. 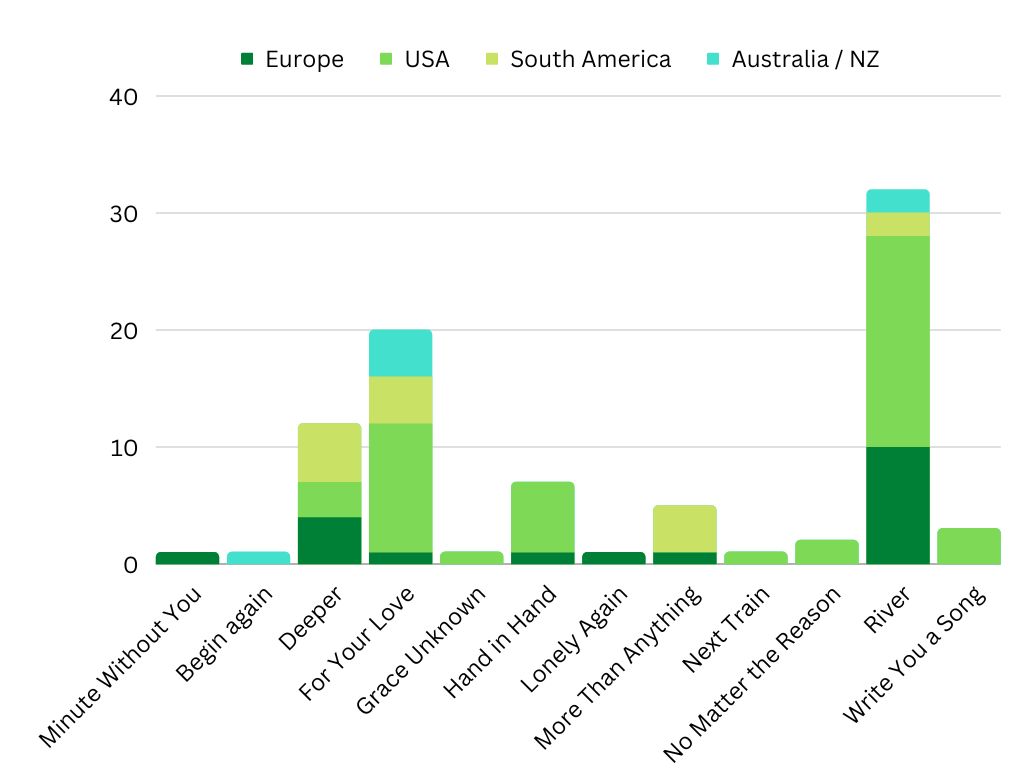 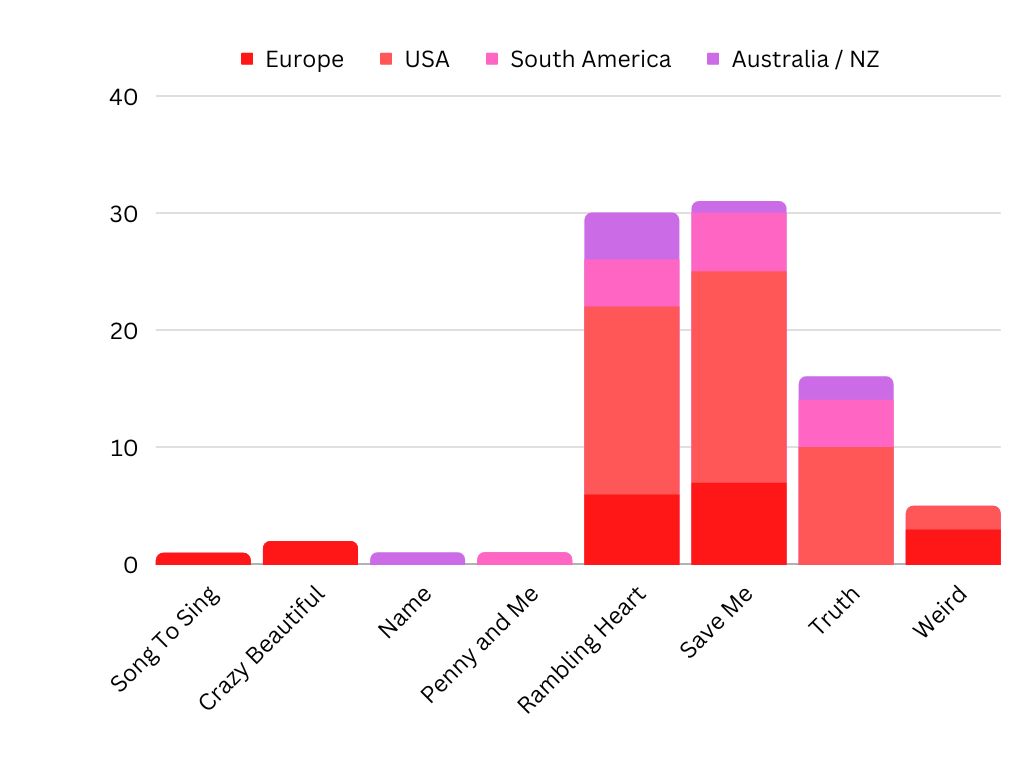 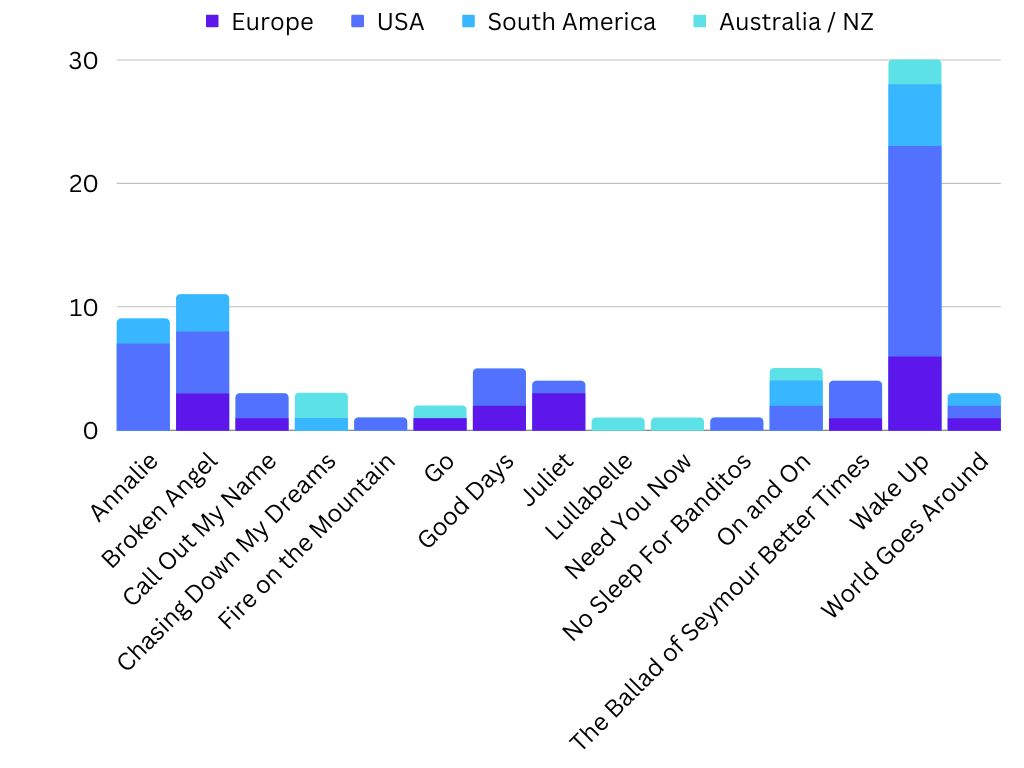 And since it is the season of pie (at least in the US!)  Click to see a pie chart breakdown of solos played over the course of the entire tour. 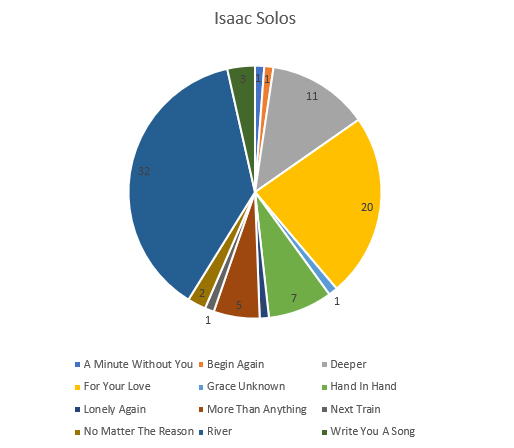 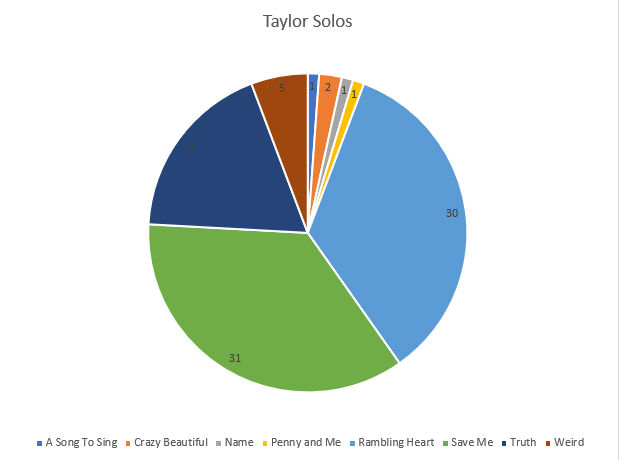 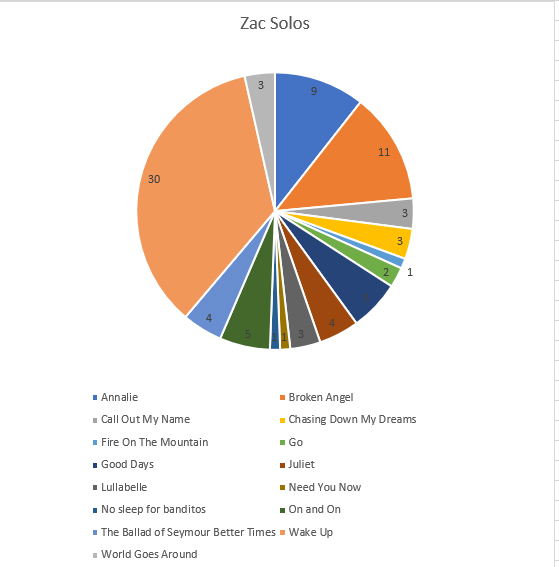