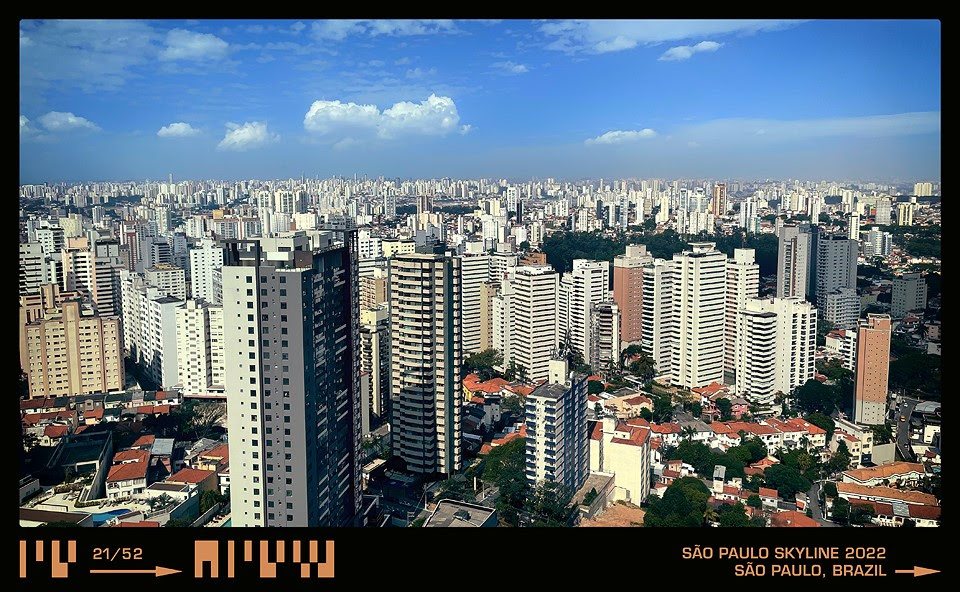 WEEKLY PIC
The tour in Brazil has been amazing so far. Here’s a look at the endless sea of São Paulo’s skyline. Who’s joining us for a show here in Brazil?

MESSAGE FROM THE BAND
This leg of the RGB World Tour has been kicked into high gear! As if Uruguay, Mexico, Argentina, and Chile were not amazing enough, we are wrapping the Latin American leg of the tour with nearly two weeks of shows across Brazil. In any other part of the world this very long tour that started in June might have left us feeling drained with nothing left to give, but over and over again the enthusiasm and electricity of these audiences fills us up with life. Fans bursting into song at every pause in the set, synchronized showers of hundreds of paper flowers landing on stage, or simply the fervor with which fans seem to sing along to every word of every song. We have just about a week left before we head back to the US, but we will be enjoying every minute on stage until we do. Obrigado for sharing your passion for three decades!

RED GREEN BLUE TOUR
We’re so excited to announce John Calvin Abney as opener for the Australia/New Zealand leg of the RGB Tour!

The RED GREEN BLUE WORLD TOUR started in Europe in June, the US and Canada from July-September, is now wrapping up the Latin America leg and will soon be headed to Australia & New Zealand in November. The band’s first major tour since their String Theory album & tour in 2018/2019, fans will be in store for a tour which not only features the premiere of 15 songs from the new project but will also be the first tour to include live performances of 2020’s Against The World as well as career spanning set lists of fan favorites.

FALL EXPLORER
Member Exclusive: HNet Explorer is back! Starting on October 25th and going for seven weeks, we will be hosting our final Explorer of 2022. Every week we will share new Hunts, and the Hanson.net members that are able to follow the clues to the end will get a shiny new Pin for their Profile each and every week. Members can RSVP now to let us know you want to play!

RGB RECORD PLAYER GIVEAWAY
In celebration of RGB, Finally It’s Christmas, Never Let Go, and In Color being released on vinyl, we are giving away two special edition record players. Learn how you could win HERE.

NEW MERCHANDISE HAS ARRIVED
New merchandise, including holiday items and new vinyls, is now available for pre-order in the HNet Store!