HANSON: Underneath The Walk 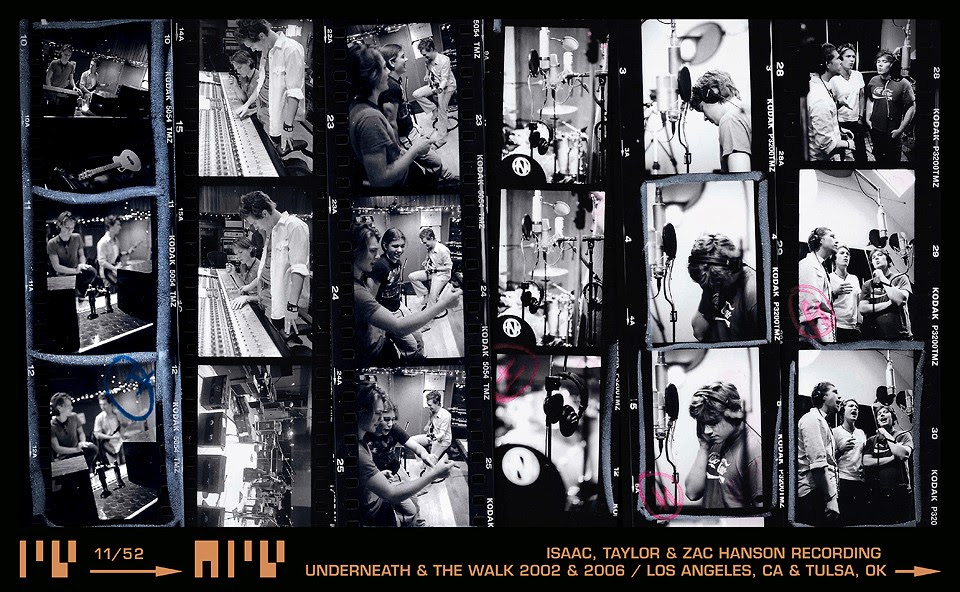 WEEKLY PIC
In the studio in two different eras, Underneath and The Walk! These two albums PLUS brand new Against The World songs coming up next week, live. Hope you join us.

MESSAGE FROM THE BAND
In case your were wondering, we have reached that time of year in Oklahoma, where you can cook dinner on the side walk, when air-conditioners meet their maker and you can’t help but wonder… how did the pioneers do it? Thankfully, we have the option to work in a nice cool studio, and only pontificate about the hardships on the early frontier, but that is a whole different conversation. On the topic of pontification, every month we are releasing a new single from Against The World, and as part of that we are continuing to create new HTP episodes themed around each song and our musical world. Members can look for a new Episode 21 “Only Love” to drop next week .

This week we are getting things in place planning for a smooth rehearsal as we head into our August streaming concerts featuring Underneath and The Walk, and the release of the title track from the album “Against The World”. It will be particularly good to play Against The World live, because it was written thinking about the sound of a crowd singing along.

“Once again it’s us against the Wwwwwwoooooooorrrrrllllllddddddd!”

So, if you are joining us for one of the shows, please don’t be bashful. It feels so good to have an audience back in the room, but with so many fans tuning in from around the country and the world, this week we put up a short survey on Hanson.net asking where and on what you are watching. Knowing you are listening on a phone might effect the way we mix the show and we want to do all we can so that between our team and In.live you get the best possible experience.

Hanson.net members, we hope you will join us on Sunday, August 8th at 7PM CT for a Members Only Nightcap stream. We have really enjoyed closing out the weekend taking your questions and reflecting on the concerts so we are happy to be doing it again in August.

HANSON ASKS: WATCHING LIVE STREAMS
With the next set of concerts in the Against The World +  Concert Series just around the corner, we are very focused on how to make your experience as good as possible. We know fans are watching in a wide variety of ways, but we don’t always know what those ways are and that information might help us and or In.Live improve your viewing and listening experience.

Fill out our survey HERE!