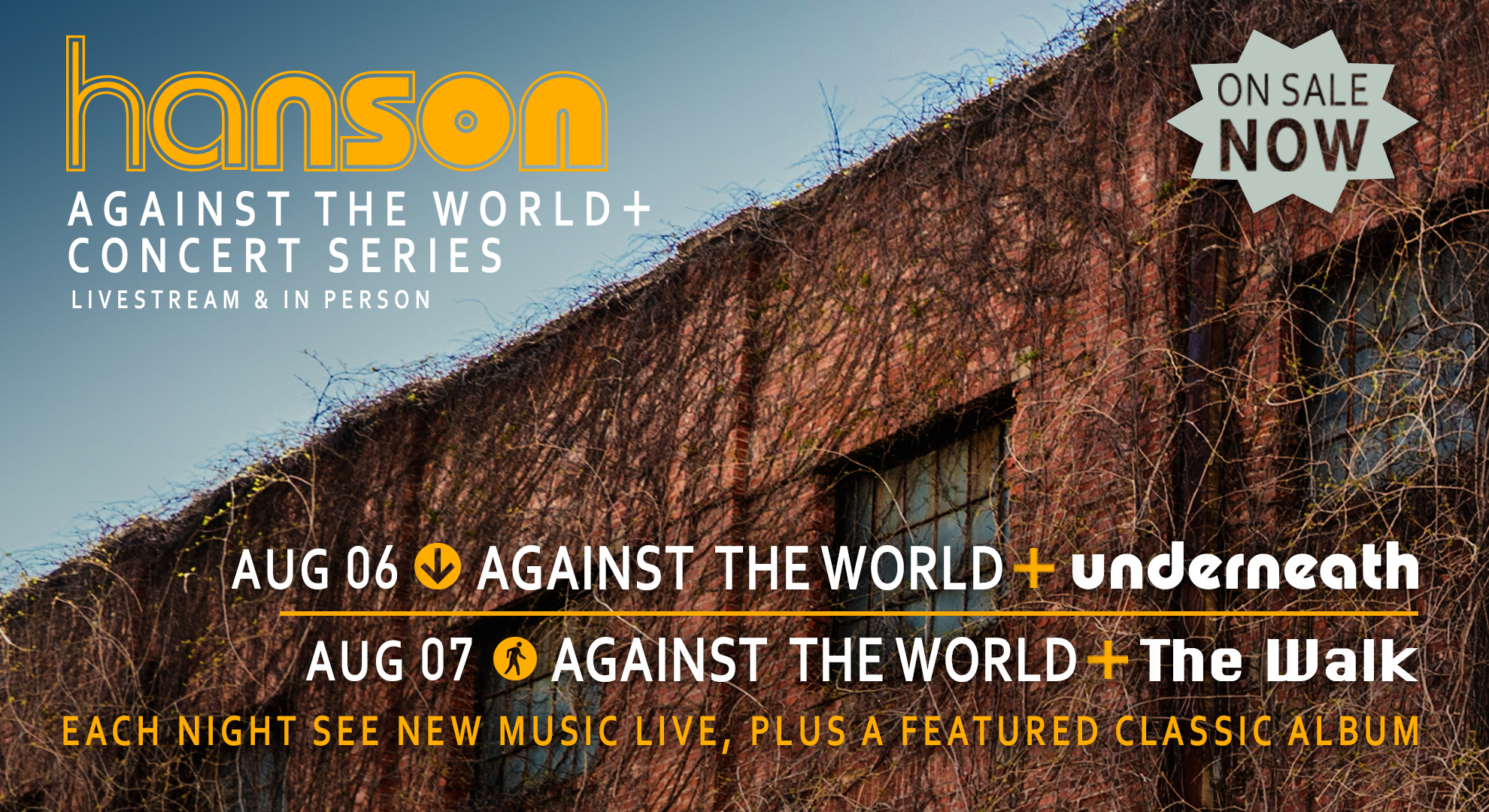 Kicking off the Summer Concert Series in August will be Hanson’s first independent release, Underneath.  The album’s debut single, Penny and Me, clocks in as having been played live the most with 708 times, but there are a few rarities in the lineup – Misery has only been played 21 times, Believe 31 times, Lullabelle 45 times and When You’re Gone at only 87 times.  Several of these songs were skipped during the Musical Ride tour Underneath nights – Believe was played only once, Lullabelle twice, Broken Angel 3 times and Misery and When You’re Gone only 5 times each.  Could this be the first show without an album in its entirety?  Underneath is also unique in that it was involved in a couple of other releases – Underneath Acoustic had the track Love Somebody To Know that didn’t make the full album and has been played only 13 times.  Strong Enough to Break, the documentary telling the story of Hanson’s time creating the album and their struggle with their former label was released on DVD with a bonus CD that had a handful of extra tracks, a few of which have never been played live before.  Will they look to some of these tracks to come out of the vault?  And now that we know they are throwing in a cover or two from that touring era, there’s several more possibilities to be added to the list…

Covers that made an appearance in 2003-2005 setlists
Teach Your Children
Summertime Blues
Ain’t No Sunshine
Dirrty
Going Down The Road Feeling Bad
Gonna Make You Love Me
Love Me
Rip It Up
Magic Carpet Ride
Johnny B Goode
The Weight
Feelin’ Alright
Honey Bee
It’s a Long Way To The Top (If You Want To Rock N Roll)
Signed, Sealed, Delivered I’m Yours
Trust Me
Livin on Tulsa Time
Sunshine Of Your Love

The Underneath Tour(s) was also when the individual band members solos starting becoming a staple in the concert setlists. Do you think they’ll revisit that for this special show?  Which songs would you most like to hear as a solo? Or just in general? Let us know! (I know what song I am rooting for as a full band!)

If you’re looking to reminisce, we are missing the following Underneath Era tickets & setlists: