Ever wanted to see Smashing Pumpkins and Hanson covering Fleetwood Mac? Well, now you can 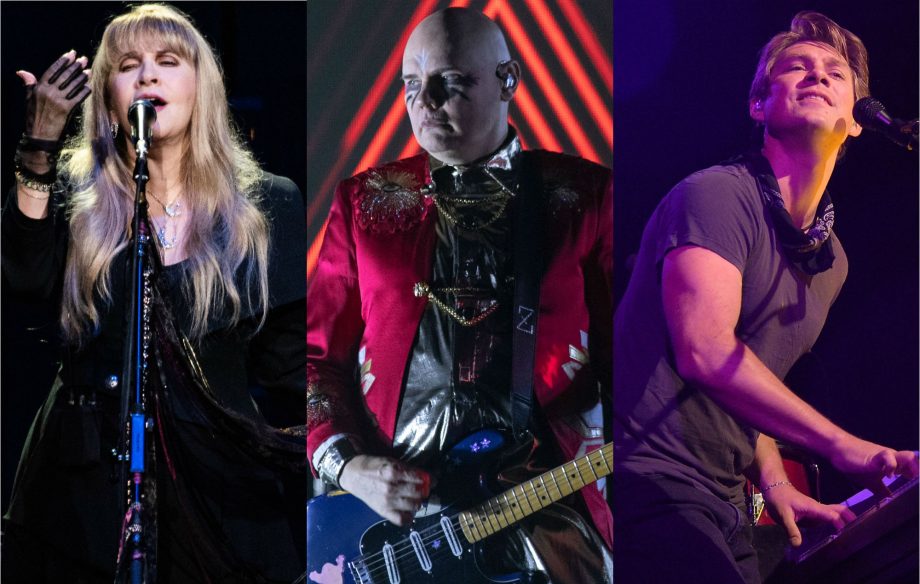 This weekend saw an unlikely collaboration between Smashing Pumpkins and Hanson, as the bands came together to perform a cover of Fleetwood Mac‘s ‘Landslide’.

The alt-rock veterans were performing in Hanson’s native Tulsa, when they invited the brothers out to join them on the rendition from their ‘Pisces Iscariot’ album.

Turning to guitarist James Iha, frontman Billy Corgan joked: “As you were driving in your limousine today, you saw these kids busking in the corner and you said, ‘Hey kids, come out and play this Fleetwood Mac classic with us tonight’”

Iha then added: “Let’s welcome to the stage, Tulsa’s own Hanson.”

Among their other dabblings with alternative music, Hanson also famously covered ‘Optimistic’ by Radiohead.

As the reunited Pumpkins continue their tour in support of their acclaimed new album ‘Shiny And Oh So Bright Vol. 1‘, the band have also performed covers of ‘Friday I’m In Love’ by The Cure, as well as tracks by David Bowie, Led Zeppelin,and even Joy Division.

2000 The This Time Around video was recorded