The Hanson exist, play live and better than ever 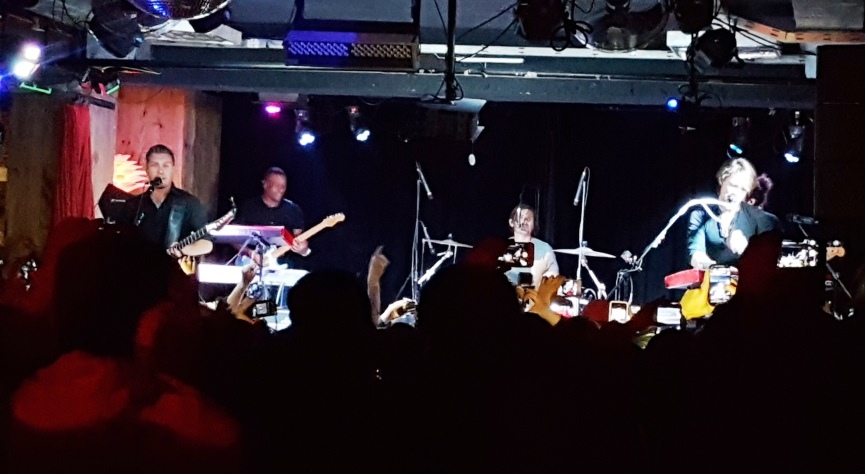 A quarter of a century can cause many things, among them, that we look in the mirror and assume that water has already passed under the bridge, or that we ask “and what was …”

Among those memories, it is impossible to forget Hanson , obviously, with the “MMMbop”and some other news that tells us “this year the song fulfills [insert the years here]”. Well, before that success, the Tulsa brothers had already left with the band and their album “Boomerang” , and that celebration brought them back to Chile .

On Saturday, August 18, Isaac, Taylor and Zac performed at the Underground Club FULL , and not only with curious ones like one who wanted to know if they really played and if they really were like wine (it was a matter of looking at the photos and watching Who ate all vegetables as children), but also with fans and fans who really chanted the hour and 40 minutes that lasted the show.

From hits such as “Penny & Me”, “If Only” and “This Time Arround” went through their somewhat more current themes (2013), but also featured more recent songs like “I was born” released this year.

What’s so special about Hanson at this point in life? That live have a solid sonority and it is noted that since very young were really involved in music. The fact that they change instruments, the closeness with the public, generates a very special atmosphere and gratitude to their fans.