Hanson Continue to music together 11 Next Generation 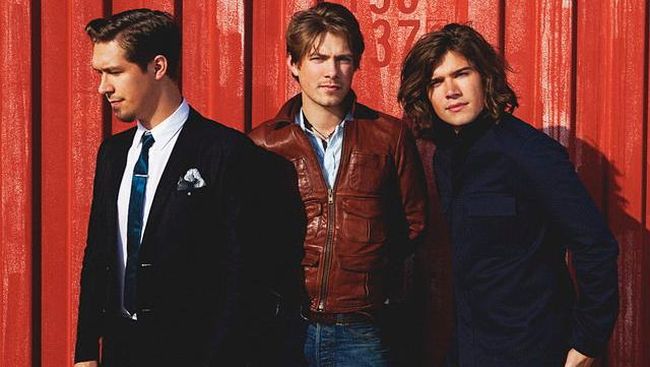 Jakarta, Indonesia CNN – The sound shrill, cute face, body skinny, long-haired. Who can forget the appearance Hanson debuted with the single pledge during pitched cheery, MMMBop, two decades ago.
Now, Zac, Taylor and Isaac Hanson has grown. They still make music, and not long ago just completed The Roots and Rock n ‘Roll Tour in 10 cities in the United States and Canada.
In addition to singing the songs of their own, also cover other songs trace the “root” or the home town of the singers they admired, including the Beach Boys, Michael Jackson and Billy Joel.

ET Online when asked about the new song material, Zac said every time he and two siblings, Taylor and Isaac, always take the time to work on it.

“Always, of course … every time,” said Zac, sure. That is, fans of the brand-new music album worth looking forward to Hanson as well as many other surprises are completely new.

“I’m sure there will be a new music album in the future,” Taylor added. “Currently, we are in a phase where we want people to look forward to something new.”

Something new is that, according to Taylor, can be a special concert tour following new mini music album. Special called, because Hanson will hold a concert destination.

Hanson eventually be visited a destination, such as Jamaica, along with the fans and meluang time there for a week for vacation and berkonser.

Something new that is also “an opportunity to download songs our beer … just going to more music,” said Taylor. Not long ago, Hanson was launched MMMHops beer brand.

Regardless of the music business, as long as Hanson personnel also disibuki domestic affairs. These three siblings have been both married and have many children.

Taylor has been married to Natalie and has five children. While Isaac and Zac also each own a wife, Nicole and Kate, and three children.

It describes the life of a prosperous trio Hanson with 11 the next generation! If not impossible in the foreseeable future would appear the band Hanson version 2.0.

“The music is abundant in the Hanson family,” said Taylor. “I mean, music is ingrained. Music impede children … they live surrounded by music. ”

After the release of the music album Boomerang (1995), which followed MMMBop the following year, Hanson mengestafet seven other musical album. The most brand, Anthem (2013).

“Songs like MMMBop tells of things that come and go, and how do you maintain those relationships and meaning,” said Taylor, one time, told MTV.

Now, a challenge for Hanson to maintain prestige in the realm of music with other hits, not just a one hit wonder MMMBop. Moreover, the digital era of the music industry is growing rapidly.

“The true essence of the challenges and the future of the music business is knowing how people mengomsumsi music,” said Taylor. “That’s how the music and share the music with the world.”