‘MMMBop’ turns 18: Revisiting one of the great pop songs of the ’90s 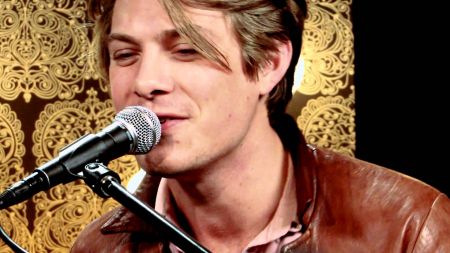 Eighteen years ago, a trio of teens from Tulsa shook up pop music with “MMMBop.” Sixteen-year-old Isaac, 14-year-old Taylor, and 11-year-old Zac Hanson wrote the song themselves, then hooked up with producers the Dust Brothers to create one of the catchiest pure pop songs of the decade.

“MMMBop” went all the way to No. 1 on Billboard in the summer of ’97. While some listeners wrote off the tune as mindless bubblegum pop music, rock critics quickly noticed that Hanson’s song had surprisingly deep lyrics about life. Those who could get past the fact that teenagers were dispensing valuable advice could find meaning in the song’s message.

“You have so many relationships in this life / Only one or two will last,” sang Taylor, dishing out wisdom like the second coming of Ann Landers. “So hold on to the ones who really care / In the end, they’ll be the only ones there / When you get old and start losing your hair / Can you tell me who will still care?”

Adding to the song’s cool appeal was the fact it had the seal of approval from the Dust Brothers, who had built up a buzz producing edgy alt-rock artists like Beck and the Beastie Boys. Their involvement gave the track instant credibility.

Recognizing the simplistic brilliance of the song, MTV, VH1, and Rolling Stone all lavished praise on “MMMBop.” The Grammy Awards nominated it for Record of the Year and invited the brothers to perform on the broadcast. Most notably, the song topped the annual Village Voice Pazz & Jop Music Critics Poll.

Last year, Zac tried to put the song’s success into perspective. He told Mashable, “’MMMBop’ was a phenomenon partly because it was a fresh and different sound at a time when people were listening to Soundgarden and Nirvana, and then all the sudden, ‘Oh, pop rock what is this? Motown influence? Is that the Jackson 5 white kid thing?’ And so it’s really like can you have that perfect storm of the cultural shift, your music falling at the right time, connecting with generations.”

Hanson would come to be lumped in with boy bands and girl groups like the Backstreet Boys, Spice Girls, and *N Sync, but that was never a fair comparison considering the Hanson boys wrote their own songs and played their own instruments.

All three brothers are now married with kids, and they’re still making music as Hanson. They’ve never recaptured the commercial success of “MMMBop”, though if there was any justice in the world, 2000’s “Wish That I Was There”, 2004’s “Get Up and Go”, and 2010’s “Thinking ‘Bout Something” would have been big hits as well. To this day, Hanson still perform “MMMBop”, albeit in a much lower key to suit their adult voices.

As for the legacy of “MMMBop”, the song endures, appearing in TV shows and commercials, and anyone who was alive during the summer of ’97 will remember the way that song took over pop culture.