Exclusive: Would Hanson listen to Hanson? 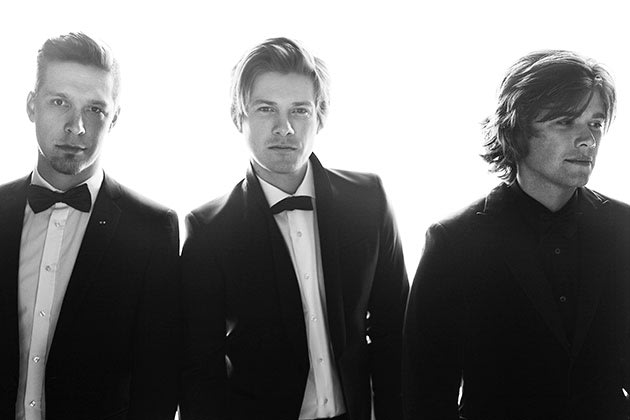 This year marks Hanson’s 21st anniversary as a band, and to celebrate their milestone, brothers Isaac, Taylor and Zac have created their own beer called Mmmhops, planned a world tour, and released their new album “Anthem.”

We all know Hanson because of such ubiquitous tunes like 1997’s “MMMBop” and “I Will Come To You,” along with 2000’s “This Time Around.” But as the Hanson brothers have gotten older, their music has also matured over the last decade and a half.

“There’s more Hanson in my iTunes than anything else, so it definitely comes up if you put it on random,” Zac told Yahoo! Canada Music. “We’re not that narcissistic to listen to them all of the time. We do enough work with the songs, like we just finished practicing for the upcoming tour, you end up going back and listening to songs and practicing.”

“If people found our computers, they would thinks we’re really big fans of Hanson,” Taylor added with a laugh.

While listening to previous tracks gives us an instant trip down memory lane, we are excited that the pop/rock trio is continuing to release new music like their latest album “Anthem,” which features the single “Get The Girl Back” and soulful songs like “Tragic Symphony.”

Check out the writing process for “Tragic Symphony”:

“‘Tragic Symphony’ was one of the earliest ideas for the record,” Taylor explained. “I love that there’s a song [on ‘Anthem’] that you really hear the Michael Jackson influence that we have. His singing style and his intensity and the melodies and soulfulness of that, I think you hear it in that song more than we’ve had on a song in a long time.”

Creating “Anthem” was no easy feat, as the brothers had just finished a lengthy tour prior to beginning the process. Even though the trio “made big plans” for this album, it didn’t come without hard work.

“We’ve had kind of two pinnacle moments, I think, in the band’s career, where it could have been the end,” Isaac said. “It could have been like, ‘Sayonara, we’re done,’ but in the first case, we started a label and the second case, we had to say, ‘We’re not going to write a record yet [and] we’re not ready to do this yet.’”

“There’s an optimism in what we do and there always has been,” Zac added. “I think that’s true of who we are as people not just the music we write. We just came to the conclusion that we really aren’t done and there’s more music to be made. On the record, I think that you hear the resolution of that [because] a lot of ‘Anthem’ is about fighting for things [and] overcoming adversity.”

Hanson heads out on their “Anthem World Tour” on July 18, starting off in Buenos Aires, Argentina, and the boys will reach Canada for a slew of dates in October and November. Head here for more information on how you can see them live.