It’s hard to remember a time before One Direction existed, innit? But apparently stuff happened in the world pre-X Factor 2010…and there were even OTHER ACTUAL BOYBANDS. Yup, long before Zayn Malik was throwing cute strops over dance routines and the lads were asking ‘vas happenin’?’, glossy-haired brothers Hanson were a pretty big deal. And ‘MMMBop’ is obviously a MODERN POP CLASSIC.

But just when we thought the boys were stuck in some kind of 90s time capsule alongside curtain haircuts and ridiculous platform shoes – they’ve only gone and popped up on US telly show Jay Leno. IN 2013. LOOKING REALLY QUITE FIT. Who’da thought, eh? Now when Hanson appeared on this very chat show back in 1998, they looked a little bit like this… 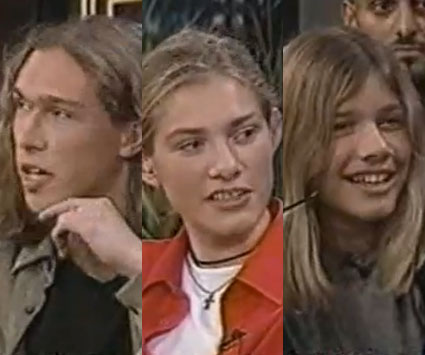 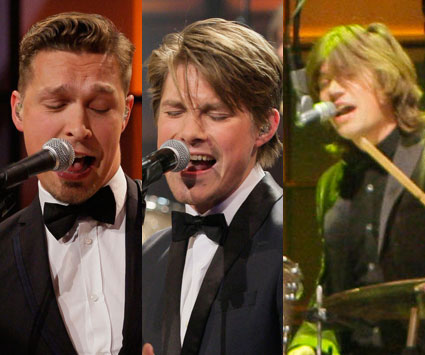 GAH. We love you, time. And if you wanna see a slightly crappy video of them singing a song that isn’t MMMBop, look no further.

Amazing. What with this and PJ and Duncan’s recent success, we’re basically gonna start wearing shellsuits and our hair in bunches and looking for a vintage Dream Phone on eBay.

What do you reckon? How have Hanson become so HOT? Comments please.