We Got This Covered 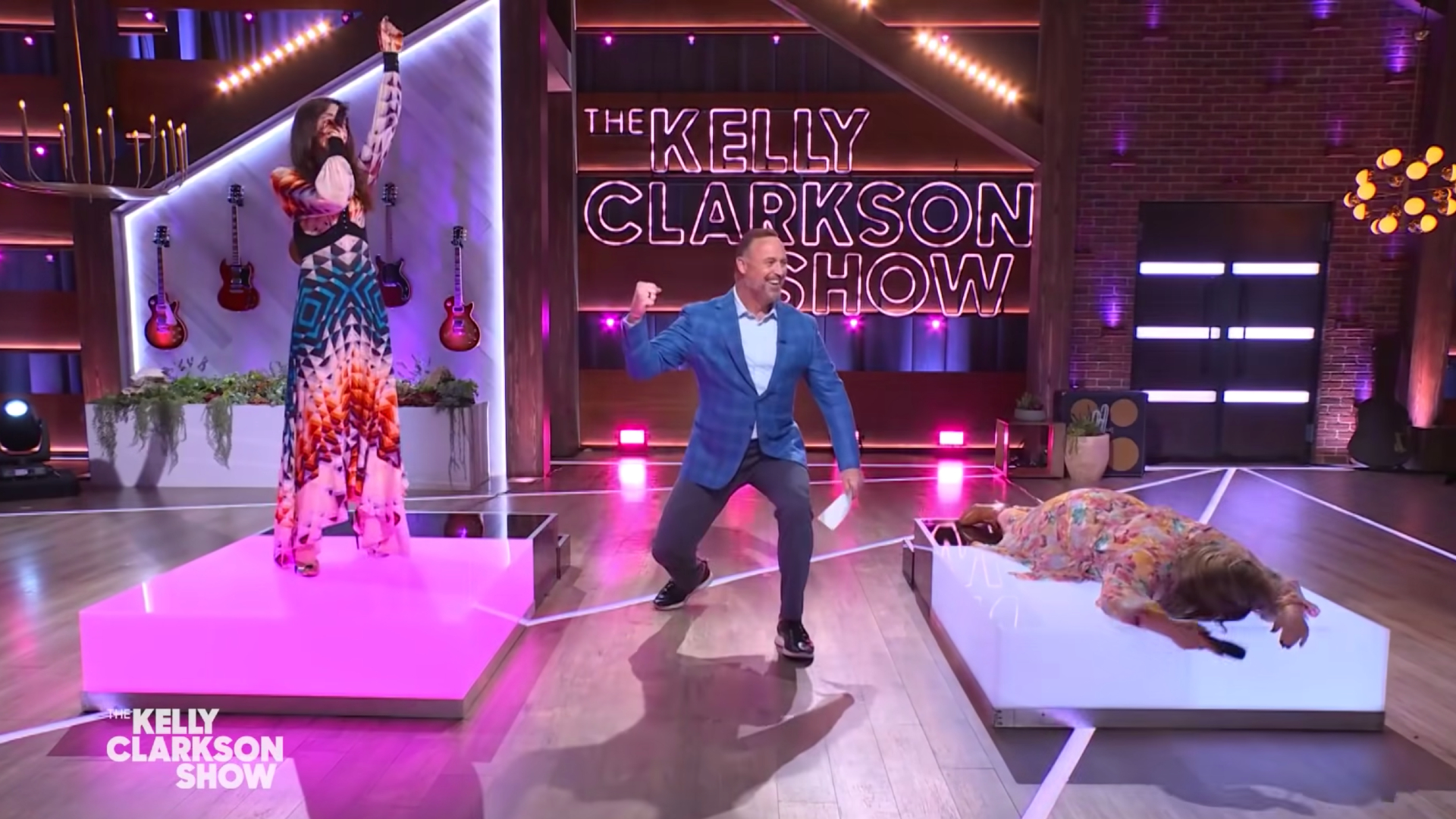 In a brilliantly hilarious moment from The Kelly Clarkson Show, Anne Hathaway proved that her ear for music may be better than the show’s Grammy Award-winning host.

A clip of the episode’s best moment has been circulating online, as fans of Hathaway and Clarkson delight in what one called a “perfect moment of television.”

Perhaps the best moment to ever crop up on Clarkson’s three-year-old show occurred while the pair played a match of “Sing That Name That Tune,” a game that challenges both contestants to belt out a song after hearing only a few chords. The first several points went to Hathaway, who — according to the game’s guest host, Matt Iseman — claimed she was “scared to sing.” She and Clarkson both stumbled somewhat with the introduction to Billy Joel’s “Piano Man,” but Hathaway blew her host away with an excellent performance of Hanson’s “MMMBop.” In fact, she got extra points for “aggressively” singing the song “in [Clarkson’s] face.”

It was the third song on the lineup that really stunned viewers, however. Following her first two Ls, Clarkson pleaded with her band to “play a freaking song I’ll know,” and they obliged flawlessly. Unfortunately, Clarkson wasn’t nearly as quick to the trigger as Hathaway, who recognized Clarkson’s heavily awarded “Since U Been Gone” after just a few moments.

Clarkson’s reaction, as she tumbled to the floor in exasperated defeat, is giving life to the internet. People can’t get enough of her utter bafflement at missing her own song to Hathaway, who would likely list “actor” high above “singer” on her résumé. Nor can they get past her reaction post-song, in which she proclaims that she should “just quit,” and exclaims that “this is embarrassing.”

The wonderful chemistry between Hathaway and Clarkson caught the internet’s eye and has led to a wave of reactions on social media. On Twitter, people can’t get over what one person called “the most powerful video to exist.”