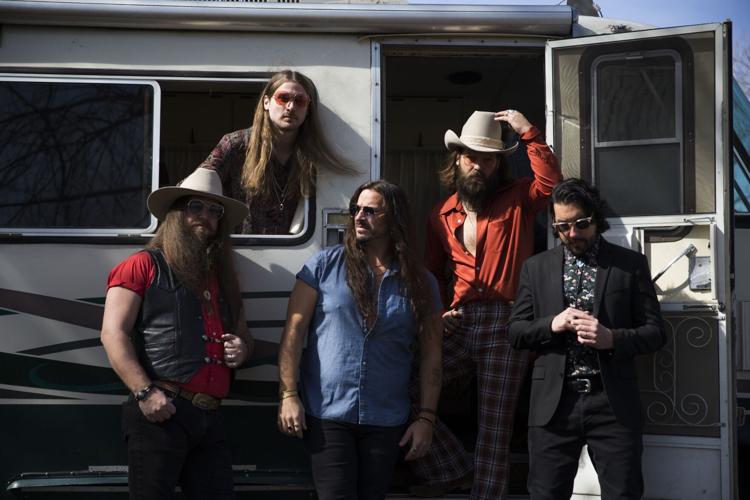 Can you keep a secret, maybe for a couple of years?

The Brothers Moore, a Tulsa-based music group and a former winner of the Hop Jam’s opening band contest, has been waiting to share news about a positive career development since 2020.

Tough to keep a secret that long?

Hey, Tom Petty was right when he sang that the waiting is the hardest part. But the long wait for the Brothers Moore was worth it because the good news got better.

The Brothers Moore have entered into a business relationship with Danny Nozell, who manages Dolly Parton. That’s sort of the news that has been a secret for a couple of years.

The “new” news: Bobby said the Brothers Moore will open for Dolly Parton March 18 when she makes her SXSW debut in Austin.

“It’s unbelievable, honestly,” he said. “She’s as big as it gets. She the queen of it. She’s comparable to Elvis Presley or something. I can’t even believe it. Our grandma’s freaking out. The whole family’s freaking out. I’m just trying to play it cool.”

Continuing, Bobby referenced a duck-on-the-pond quote from Gene Hackman’s coach character, Jimmy McGinty, in the 2000 film “The Replacements.” Said McGinty, “On the suface everything looks calm, but beneath the water those little feet are churning a mile a minute.”

Said Bobby: “I’m just trying to live in that moment — just on the surface look cool, but inside I’m going nuts. I’m going crazy, stirred up with all sorts of emotions.”

When the Brothers Moore won the Hop Jam’s opening band contest in 2018, a pre-festival story delved into how the band’s two brothers, Bobby and Billy, grew up next door to the brothers in the Tulsa pop-rock trio Hanson.

“We used to watch them play (music) as little kids, and my older brother started playing because of them,” Bobby said then, adding that his brother got a guitar.

Bobby played something else — baseball. He played at St. Gregory’s in Shawnee and picked up the bass when he was a senior. At the time, Billy was on the verge of heading off to California with a band that lacked a “permanent” bass player. Bobby filled the void.

“While we were out there, both of our parents passed away,” Bobby said. “We lost our mom first and we lost our dad a couple of months later. That just really deflated us and sank our ship.”

The brothers returned home. Bobby began working at a port-a-potty company. He said his brother was sleeping on a bar couch because he didn’t have anywhere to go.

Billy started another band and Bobby jumped aboard. Things weren’t going the way Bobby envisioned, so he he quit.

“I said, ‘Hey, Billy, I want to start a band with just me and you. You and I will call the shots and we’ll call it the Brothers Moore and, if the band deteriorates, we’ll still have t-shirts we can give to our family.”

It was around the latter half of 2015 when they decided to do their own thing collectively. Additional musicians were invited to join the bros. The Brothers Moore (the current lineup includes Jake White, Teddy Scott and Troy Smith) built a following through live performances.

The Brothers Moore signed with Nozell in early 2020 and began work on the group’s first full-length album. Bobby said they recorded 12 songs with Seether’s Shaun Morgan, who was “kind of the producer.”

Not wanting to jinx anything — it is the music business, after all — the Brothers Moore waited until they had something concrete to announce before going to the press with their management deal and the Dolly gig. Bobby said two new songs (“Boomtown,” “Run Wild”) will be released prior to SXSW.

The big secret may not be a secret to the band’s fans. Bobby said the band has talked about it at shows and word started “trickling around.” Now fans are eager to catch the rising stars at intimate venues before the group starts playing bigger rooms. Bobby said Amy Smith of Maggie’s Music Box in Jenks said something along those lines before the Brothers Moore played a show there.