Without Touring, Bands Turn To Fans To Stay Afloat 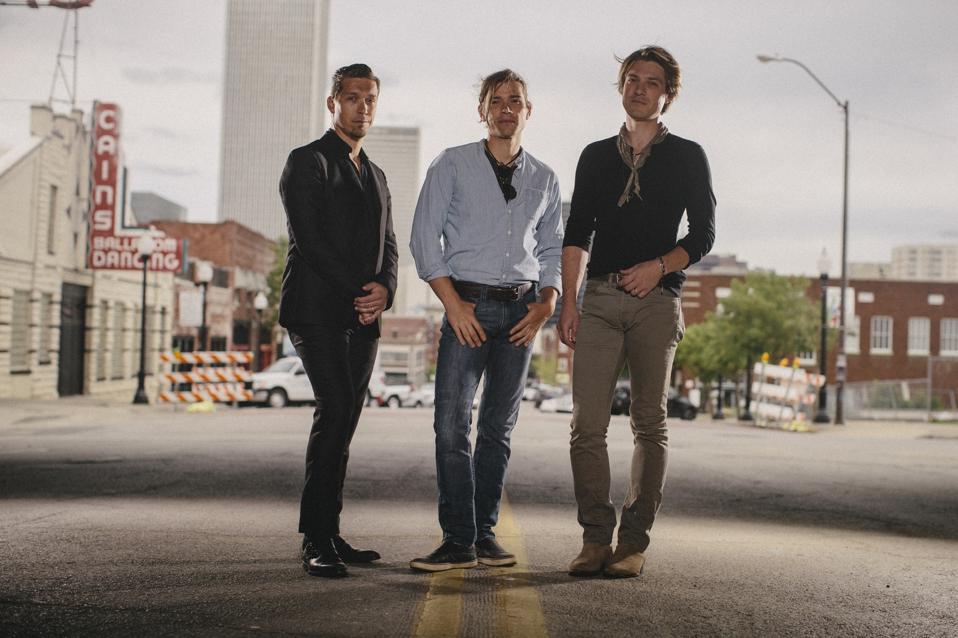 TULSA, OK – MAY 22: Issac, Zac and Taylor Hanson (left to right) pose for a portrait on Main Street where the famed Cain’s Ballroom, the future home of Hanson Brother’s Beer and the 3CG Studio are all located in Tulsa, Oklahoma on May 22, 2017. The group hails from Tulsa. (Photo by Shane Bevel/For The Washington Post via Getty Images)

For over eight years my band, Delta Rae, has played 50-150 shows a year, and made around 75% of our annual revenue through touring. The band has become the full time employer of eight people including our six band members and has also played a part in the financial support of our team of managers, agents, and attorneys. But with COVID-19 shutting down large gatherings, touring bands like us have faced existential crisis and had to do something we know well: improvise.

The Wild Feathers are a five-piece outlaw country band with classic 70s rock harmony. They’re the epitome of “road warriors” having toured heavily since 2011. They played over 70 shows in 2019, including tours with Bob Seger and The Brothers Osborne. For 2020 they’d booked a support slot on The Spirit Of The South Tour with headliners Blackberry Smoke. But that tour, which was slated to start in March 2020, was postponed indefinitely due to the COVID-19 pandemic.

So how did the band adapt? In the summer they announced their Farm Party Tour, a tour that bypassed music venues, instead bringing the show to private outdoor spaces, giving core fans the chance to book The Wild Feathers for a unique and safer concert experience for $5-15k per show. They also dropped Medium Rarities, an album of previously unreleased songs. The plan worked, the band played around ten shows to their core fans in 2020. And now with the vaccine rolling out across the country, they will be one of the first to begin touring heavily in 2021, playing three sold out nights at a limited capacity 3rd & Lindsley in Nashville this month and finally kicking off the long awaited Spirit Of The South Tour in July.

But what about bands who don’t yet have 10+ years of touring history? The Memphis based blues rock band Southern Avenue has been building a loyal following since 2015. In 2019 they were nominated for a Grammy and seemed to be right on the cusp of their big break, but only 4 shows into a 14 date international tour last spring they had to cancel and return to the states because of Covid-19 shutdowns.

Their improvisation? Picking up part-time jobs and feeding their core fan base through the artist-friendly membership platform, Patreon. By producing videos and using the fan-to-artist subscription model, guitarist Ori Naftaly thinks they’ll able to generate income that might not pay their rent, but will help pay half of the company’s expenses each month, and also keep fans engaged. Services like Patreon are becoming essential for many independent artists. Subscriptions provide stable income and facilitate a dedicated community that sustains the band. It’s a digital insurance policy every indie touring artist should seriously consider building in the age of minuscule music streaming revenue and COVID-19.

The band Hanson could be credited as a pioneer of the subscription model, having started their fan-club, hanson.net, in 1999 (which initially included the functionality of an Internet Service Provider and each fan’s own hanson.net email address). Since then, Hanson has been on the forefront of developing a connection with their audience for decades that adds real value. With thousands of members paying $40/year, the band has built a bunker.

And yet Hanson still tours heavily, playing anywhere from 50-100 shows a year. Like creating a well-diversified portfolio, Hanson’s instinct to invest heavily in a direct-to-fan relationship in addition to its touring business reflects a long-term vision. “Here’s one thing I will say to anyone who can: There is immense value in investing in the people who care the most about what you do.” Isaac Hanson says. “It’s a two way street. You’re invested in what they want from you and they’re invested in what you bring.”

Since 2002 the band has released an EP exclusively to hanson.net members each year and is consistently looking for ways to enhance the fan experience. Because of this devotion to their fans, Hanson has actually seen growth in their membership numbers in 2020 despite the shutdown. With touring plans largely cancelled in 2020, Hanson has been weathering the storm with the community they’ve created online. “The hardest thing ultimately is the time invested in your audience. The time to be there with them and to give them a reason to care. And the only reason they’ll care is if you care.”

In November of 2020 the band released Perennial: A Hanson Net Collection, an album featuring many of the songs from those previously exclusive EPs. They also started offering a new weekly podcast to hanson.net members where fans are selected to interview the band.

But the perks don’t end online. This May the band will kick off their first shows of 2021 with Hanson Day — an annual tradition of week long in-person and virtual events that welcomes new fans, but rewards hanson.net members with meet and greets, listening parties, acoustic concerts and more.

When interacting with a new hanson.net member, Isaac says he never takes it for granted: “I always am reminded of this and often mention this to them directly because I want them to know how important it is. They keep the lights on. They keep the studio working. They keep the music coming. By them investing that annual membership in us, we’re able to have sustainability. And in a time like COVID it becomes even more clear how valuable that is.”