How we made: Hanson talk us through the 1990s earworm Mmmbop

In a new series where we ask artists and performers about how some of their most famous work happened, we talk to Isaac Hanson of the American pop rock band Hanson about their infamous earworm.

How We Made … Mmmbop

“All songs have different kinds of patterns. Some songs you sit down in a room, you start playing together and two, three, four hours later, you’re done and you’re like, ‘holy cow, lightning struck!’ That happens, and it happens relatively frequently, or at least it certainly can. And some songs take a little while to find a place. 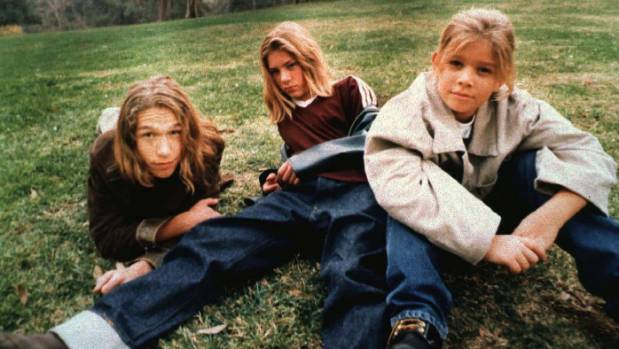 “Mmmbop was in the taking-a-little-while-to-find-its-place category. The chorus itself – ‘mmmbop, ba duba dop, ba du bop’ – was originally conceived as an attempt on a, quote unquote, catchy background part underneath another song. But it was too much of a thing, and too complex, to be in the background. It had to be in the foreground, so it didn’t work.

“We would always come back to it and go ‘That’s a cool thing, that’s a really cool thing, we should write a song over that sometime’.

Isaac, Zac and Taylor accept the Favourite Song award for ‘Mmmbop’ at the 1998 Nickelodeon Kids Choice Awards in Los Angeles. It was also nominated for two Grammys and reached number one in 27 countries.

“One particular afternoon I remember walking into the living room where [middle brother] Taylor was very broodingly looking over his keyboard, humming some stuff.

“He starts on this progression which is, in large part, the first verse of Mmmbop. And I remember really clearly going, ‘Oh, that works. That’s really cool! Yeah, we should play over that’.

“I remember, that afternoon, sitting down and beginning to work through and finalising what would ultimately become Mmmbop. Finalising lyrics, finalising the structure, coming up with ‘in an mmmbop they’re gone, in an mmmbop they’re not there’, and then the ‘can you tell me’ section as well, which is the other refrain after the chorus, and the verses.

“[We were] kind of trying to make sense of this kind of nonsensical lyrical chorus, which was just super catchy and something we felt needed a home.

“The song itself is very much rooted in the fact that . . . doing something that’s worth doing is going to be hard. If your dreams don’t scare you, they’re not big enough.

“What I mean by that is to say that song itself, lyrically speaking, is coming from a place of having to choose to pursue big dreams, in spite of people who were saying ‘oh, that’s cute, you’ll never succeed doing that’ or ‘how about you guys come over and play with us this weekend, we’re doing a sleepover or this or that’. We were going ‘we’ve got a gig now, we’ve got stuff to do, we’ve got practice to go to, we’ve got songs to write, we’ve got records to record’.

“In some form or another you’re choosing your livelihood and your musical career and the thing that you love and are passionate about over certain relationships, and having to make that thing. So that’s where the line ‘so hold onto the ones that really care, because in the end they’ll be the only ones there’ comes from. It’s that decision to pursue things even when others may not understand.”