‘MMMBop’ is 20 today! Whatever happened to Hanson? 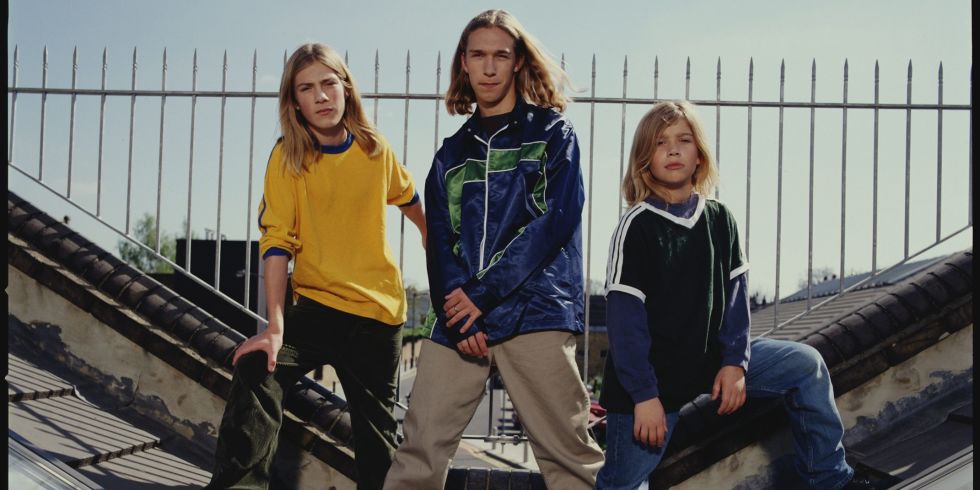 Twenty years ago today, three fresh-faced brothers with the glossiest hair in all of show business won our hearts with sunny pop delight ‘MMMBop’. Twenty! Isaac, Taylor and Zac Hanson of the band Hanson (which is actually stylised as the needlessly shouty HANSON) set teenage and tweenage hearts and ears all a-flutter with the biggest tune of 1997.

Five years before they took over the pop world with ‘MMMBop’, the Hanson lot were already in a band together. But back then, they were known as the Ronseal-esque Hanson Brothers.

While the rest of us at that age were busy doing our maths homework, playing chasies in the playground and using a compass to scratch people’s faces we didn’t like out of school photos, the Hanson brothers were out there achieving, writing songs and playing loads of musical instruments (and changing their name to HANSON).

The song originally began as a ballad in 1996 on Hanson’s demo debut, also called ‘MMMBop’, but got reworked into the anthem we know and love the following year by producers The Dust Brothers, who usually dabbled in trendier stuff, like Beastie Boys and Beck. And it worked a treat.

From the opening strains of Isaac on the guitar and Taylor’s ‘Wo-ah’-ing and mumbly vocals, the world was hooked. ‘MMMBop’ ended up being so huge, it was number one in 27 countries and nominated for two Grammys. Which wasn’t bad for a trio in which possibly none of them had reason to start shaving yet.

They then released the album where the new-fangled version of ‘MMMBop’ lived, Middle Of Nowhere, and it sold 10 million copies. But the follow up, This Time Around, couldn’t match the amazing sales of MON and the boys split from their record label.

But a sad tale did not unfold – there was no Da ba da ba duba da ba boo-hoo.

What they’ve been up to

More like what HAVEN’T they been up to – Hanson have CVs as thicker than the phone book (RIP). Getting married, having babies, brewing beer, doing good AND celebrating their very own day – Zac, Isaac and Taylor have been busy over the past 20 years.

They’ve released eight albums, have a battle with a record deal, toured all over the shop and set up their own record label, 3CG.

Taylor married in 2002 and has five children. Isaac got married in 2006 to a fan called Nicole, who, according to legend and Wikipedia, he spied in the fifth row of one of their gigs three years earlier and took a liking to. They now have three kids.

In 2007, they decided to do their bit for charity, launching a campaign to combat poverty and raise money for AIDS relief in Africa, doing barefoot walks with other supporters to raise funds.

2011 saw them being the house band in the video for Katy Perry’s Last Friday Night, rocking out with veteran sax-blower Kenny G.

Then, in 2013, the brand extension the world had been waiting for came to pass – MmmHops, their very own beer. It’s described as “a full-bodied, delicious Pale Ale with a unique toasted malt signature and a refreshing hoppy finish.” Who doesn’t love a hoppy finish? What’s more, you apparently get a free song with every bottle, whatever that entails. 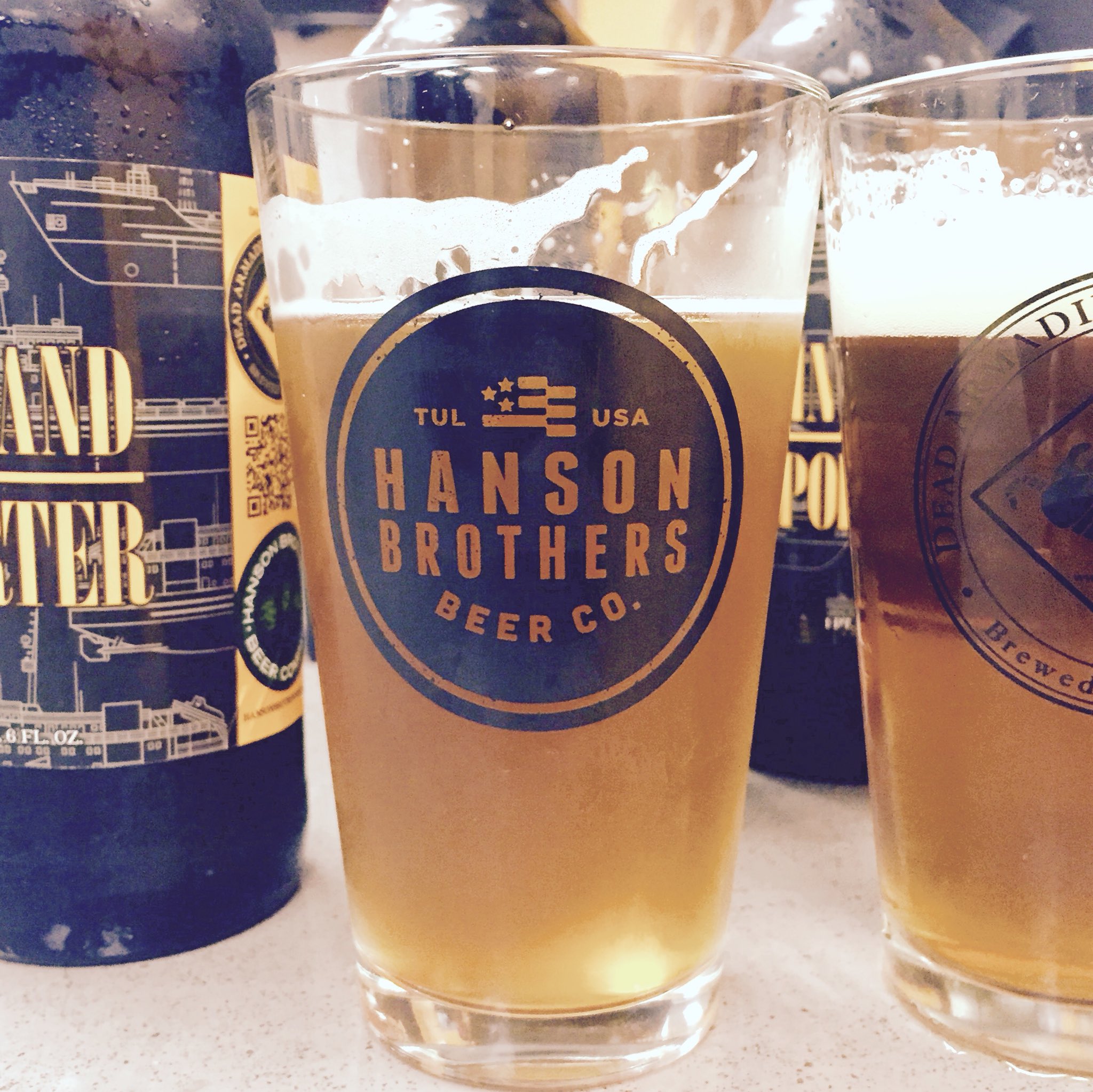 Join us for the pint night for our new collab with @dabrewery#InlandPorter monday @FasslerHall 7pm !!

The following year they set up The Hop Jam Beer And Music Festival in their hometown, because they hadn’t done enough already and weren’t lazy enough to just live off the royalties of MMMBop for the rest of their lives. 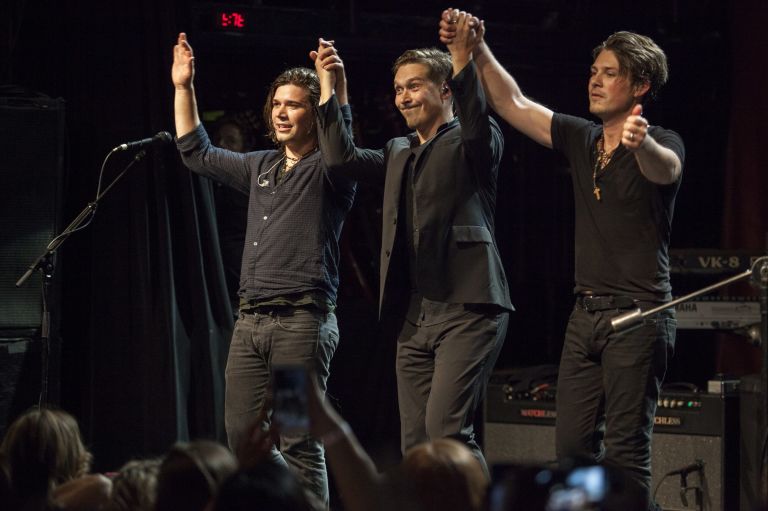 But most important in all of these achievements is something known as HANSON Day in Tulsa, which the mayor decreed should fall on 6th May for the rest of time, because that’s the date Middle Of Nowhere was released. A momentous day for all, really.

Now, shy and understated festivity this is not, many years on. This year, for the band’s 25th anniversary, they are going ALL OUT with a MASSIVE tour, bells, whistles and um, lectures.

There literally aren’t enough hours in the day so they’ve made festivities last two days. At the 2017 Hanson Day event, there’s an ‘I Heart Hanson Store’ (c’mon, who doesn’t?), an art gallery (featuring paintings done by actual Hanson themselves) and a dance party and a shedload of other happenings of the utmost Hanson importance.

As anniversaries go, it’s a pretty big one for the boys. Not only is ‘MMMBop’ 20 years old, but it’s 25 years since the band was formed. Begging the question – just how old was Zac when he was on drum duty on ‘MMMBop’? Three? (He was actually 12, believe it or not…)

“We look forward to HANSON Day every year,” explains Zac in a press release about the 2017 hoopla. “In a way it is the start of our year, and really who wouldn’t want to start their new year sharing new music, paintings and stories from the past 25 years?”

Well duh – NOBODY, Zac. Nobody.