Alessia Cara,the Shins, the Moody Blues and 137 other grounds stage headliners are slated for Summerfest 50.

But for the first time, Summerfest’s talent buying team has created a day where the headliners almost exclusively target millennials. 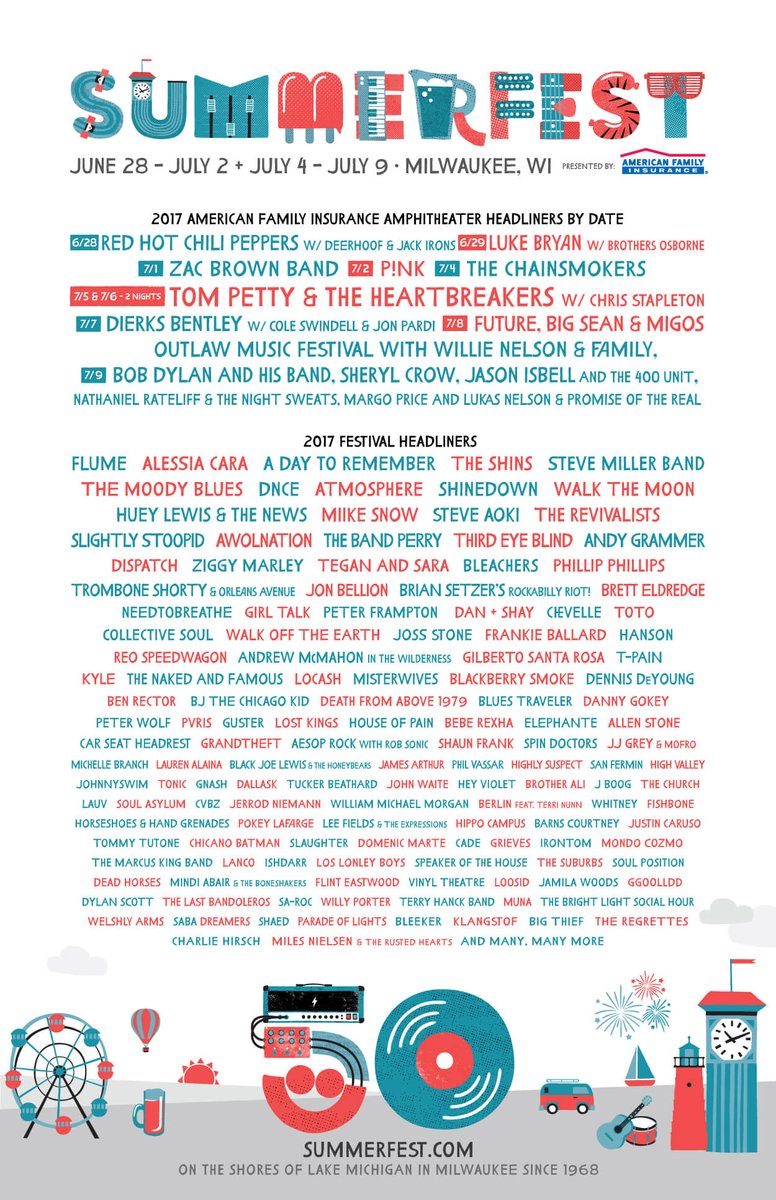 SURPRISE! It was a BIG night for Summerfest. With the help of ABC’S @JimmyKimmelLive, we announced our lineup.
Tix: https://store.summerfest.com/

The full Summerfest schedule is expected by late May. All but one show has been announced for the Big Gig’s biggest stage, the American Family Insurance Amphitheater, formerly the Marcus Amphitheater.

Set times and stage locations for most headliners, and additional acts, will be announced later this spring.

Find out about the week’s must-see shows, concert tickets and more in the newsletter “Piet Levy’s Music Picks.” Subscribe at jsonline.com/newsletters.