The Hanson drummer and wife of 10 years Kate welcomed their fourth child on Saturday, Aug. 6, his rep confirms exclusively to PEOPLE.

“We are overjoyed to share the arrival of Mary Lucille Diana Hanson,” the 30-year-old musician tells PEOPLE exclusively of their newest addition to the family, who was born in Zac’s hometown of Tulsa, Oklahoma, weighing in at 8 lbs., 4 oz.

“It is such an inspiration to meet her and to imagine all of the adventures we will take together as a family of six,” the father of four adds. 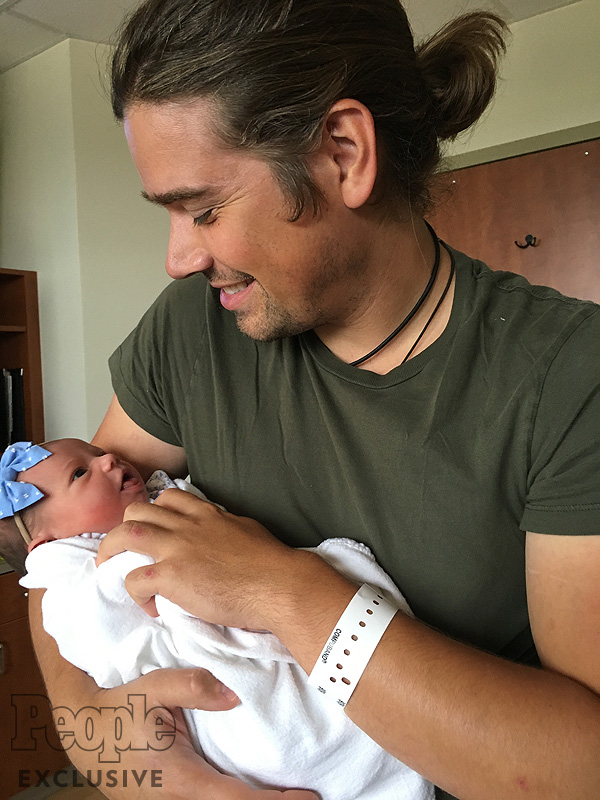 Aside from her siblings, Lucille has eight cousins to hang out with in Isaac and Taylor Hanson‘s children. Isaac, 35, is dad to sons James Monroe, 8, and Clarke Everett, 9, as well as 2-year-old daughter Nina Odette with wife Nicole.

And like with Taylor’s children Penelope (A.K.A. Penny) and River, Lucille’s name will resonate with Hanson fans. On the band’s breakout album Middle of Nowhere — which turns 20 next year — “Lucy” was the only song which featured the youngest Hanson member on lead vocals. And “Diana” is special, too — it’s the name of Zac and his siblings’ mother.

“It’s fun this time to watch the little ones so excitedly anticipating their new sibling,” Zac, who recently performed with his band on Greatest Hits, said shortly before his son Abraham’s birth.

The band, who are also beer connoisseurs on top of being musicians, notably opened their own independent record label in 2003. Their latest albumAnthem was released in 2013. Their newest EP Loud was released to members in May, and their upcoming EP Play will be available on their website beginning Oct. 10.