My Generation: the indefinable charm of the androgynous Hanson brothers 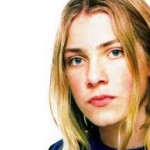 Slender body typical of adolescents stunted and devoid of any semblance of sexuality. Hair so blond that are the envy of platinum to the most elderly upper-class neighborhoods of LA . Voices so white and thin silence , with a hidden shame , even the Choir dell’Antoniano .
Let’s face it , everyone at least once in our first approach with Hanson, we found it difficult to define the genre of each member of the group.
Blame age , their debut the eldest was only 15 years old, guilty of features so refined, the perfect smile with your lips naturally pink and especially guilty of sloppy style of the 90 ‘s, he could hardly , with its fantasies maxipull embarrassing , to emphasize the masculinity or femininity of a person.
Remember that many of the teenagers then traumatized by the news that the trio was made ​​up of three brothers.

The debut single ” Mmmbop ” accompanied by a video that showed for the first time the faces of the band , he could not answer that existential doubt that revolved around the identity of the children .
An algebraic equation from the result unreadable.
In the clip stalwart three teenagers, who could easily be three girls moustached -free styling , running around the world discovering places hitherto unknown .
The line of separation between an Aryan and a ménage a trois between family picnic was really thin .
It was only when , on the crest of a wave of inexplicable success accompanied by a psychopathic fan and mythologizing of the above at a sex symbol , which covers the period of fanzines began to notice them with a lot of articles and posters centropagina .
It was so finally solved the mystery : Hanson were actually boys , although one of them, the most effeminate , had among the various androginie also a girl’s name .
They were three brothers originating in Tulsa Oklahoma : Isaac , Taylor and Zachary .
It was 1997 when the first single entered the charts in the United States and later in Britain by climbing up to the first position, followed by a record 8 million copies and two Grammy Awards.
A career but after the first few years he continued to sob with difficulty to reassert itself on the market, also the fault of testosterone that changed the characteristics of the three bringing them closer to a more male , and perhaps less palatable.
Hanson have in fact always continued to make music even if the media attention , especially in the beautiful country , has gradually stranded by the phenomenon .
But today was something none of indecipherable siblings ?
Seems to have multiplied and have given birth to a massive supply of blonde offspring in which to invest . They opened their own label discography and on 9 April he released a new single “Get the Girl Back” which was followed by an album, ” Anthem” , and a tour.
But in our hearts we will always remember them with hair in the wind