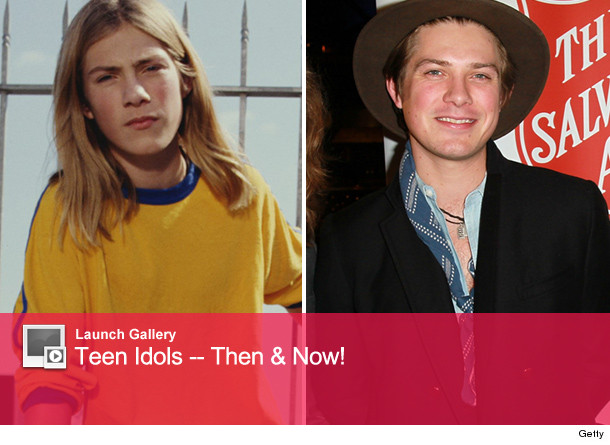 It’s been almost 15 years since Hanson‘s “MMMBop” took over the radio in April 1997 — and today, one of the long-haired Tiger Beat cover stars turns 29-years-old!

Middle brother Taylor Hanson (A.K.A. The Pretty One) celebrates his 29th birthday today. That make you feel old?

Taylor, who was only 14 when the group’s massive hit got stuck in everybody’s head, has been pretty busy since their heyday.

In 2002, Hanson got married to Natalie Anne Bryant when she was four-months pregnant with their first child. As of 2012, they have four children: Jordan Ezra, Penelope Anne, River Samuel and Viggo Moriah.

The band is currently on their Shout It Out World Tour.

See what the rest of the brothers, plus more 90’s Heartthrobs, in the gallery above!