Entering a time warp with Hanson at the Phoenix 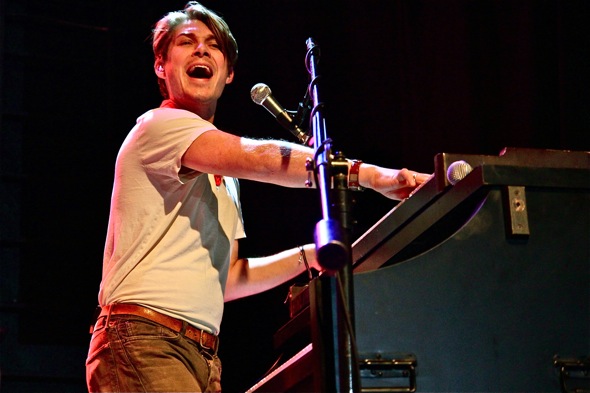 I saw Hanson 14 years ago. Yes, I was bat-shit crazy for the three goldilocks (especially Zac- “The funny one!”). I called a number in the back of Tiger Beat Magazine that promised I could speak with Hanson. That number turned out to be some prerecorded shit from Barbados, obviously, and cost my parents about $80. 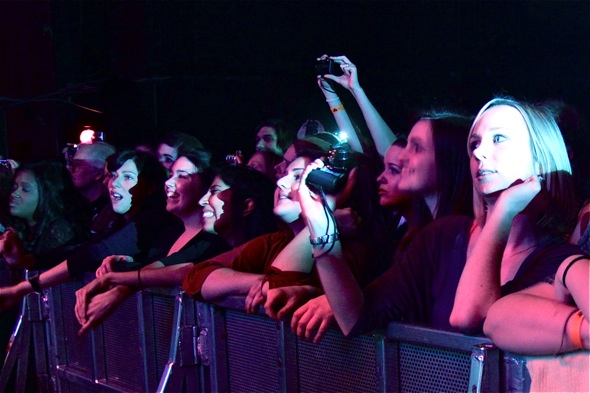 I’m telling you this because despite my former fanatic ways, it’s been 14 long years since then. My musical tastes have changed and surely, I thought, theirs had too. Wrong. The predominately female crowd screamed even louder than I had remembered, groups of gals with homemade Hanson shirts were in full force, and the pushing and shoving to get closer to the golden gods was something I hadn’t experienced since, I don’t know, Hanson in 1997. 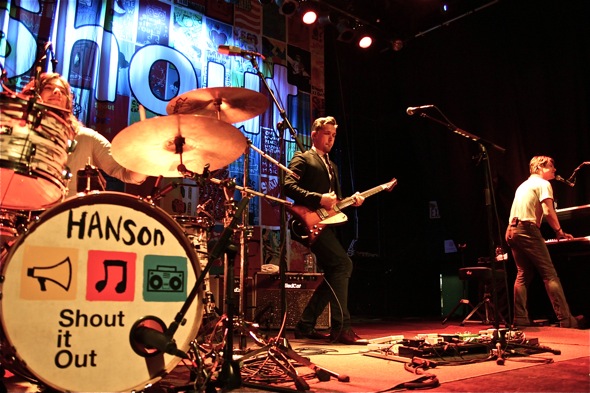 They played hits from their debut album Middle of Nowhere, (yes even MMMBop), while mostly sticking to songs from their latest four albums. (Yes, that’s right, they actually have 10 albums). After the success of Middle of Nowhereand some rocky patches with their then label, Mercury Records, Hanson started their own independent label which has allowed them to record, well, a considerable library of material. 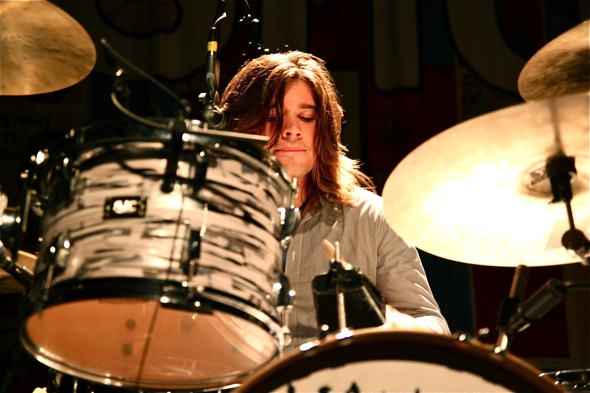 The show at The Phoenix was actually sold out days before they were scheduled to appear. Free from former back up musicians a la “The Mmmbop” era, the three brothers competently played catchy pop tunes about love, longing, heartbreak, and well, mmm…bopping. Zac and Isaac each took a turn performing a solo acoustic song, while Taylor (let’s face it, the star) sat back and watched. 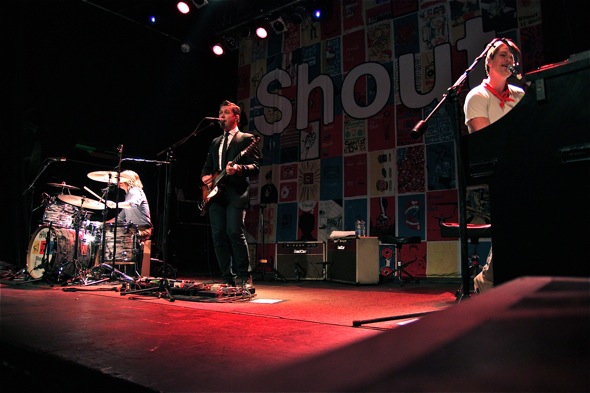 “With You in Your Dreams” (a song about the loss of their grandmother) still brought people to tears, “MMMBop” made people go manic and one of their latest hits — “Thinking ‘Bout Somethin'” made me feel like I was caught in a flash mob. Think, your mom and all her friends dancing to their old faves and not giving a shit what they look like or who’s watching. Which is kind of badass, actually. I commend you, Hanson fans. 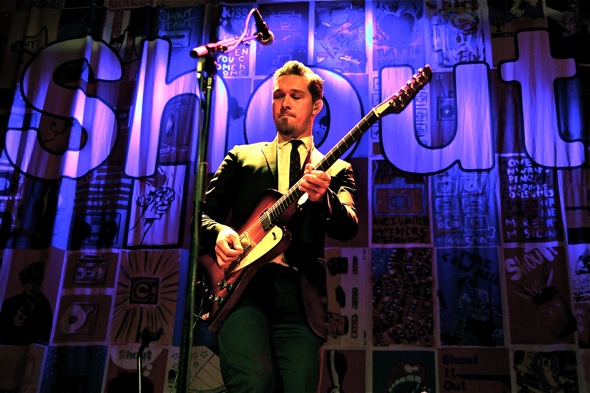 So basically a Hanson concert in 2012 isn’t much different than one in 1997. Same deal but I could smell weed. And whenever I had the urge to sing along I bit the straw in my gin and tonic really hard.