Hanson to appear on Neighbours next week

Hanson is scheduled to appear on the soap opera “Neighbours” on August 13 which they filmed when they were down under on the String Theory tour earlier this year.  The following are some articles about their appearance – please note these may contain spoilers for those of you who watch the show regularly:

The music festival episodes kick off on August 12, and MMMBop hitmakers Hanson – made up of brothers Isaac, Zac and Taylor Hanson – are set to deliver an impromptu performance in Harold’s cafe for one of the soap’s loved-up couples. 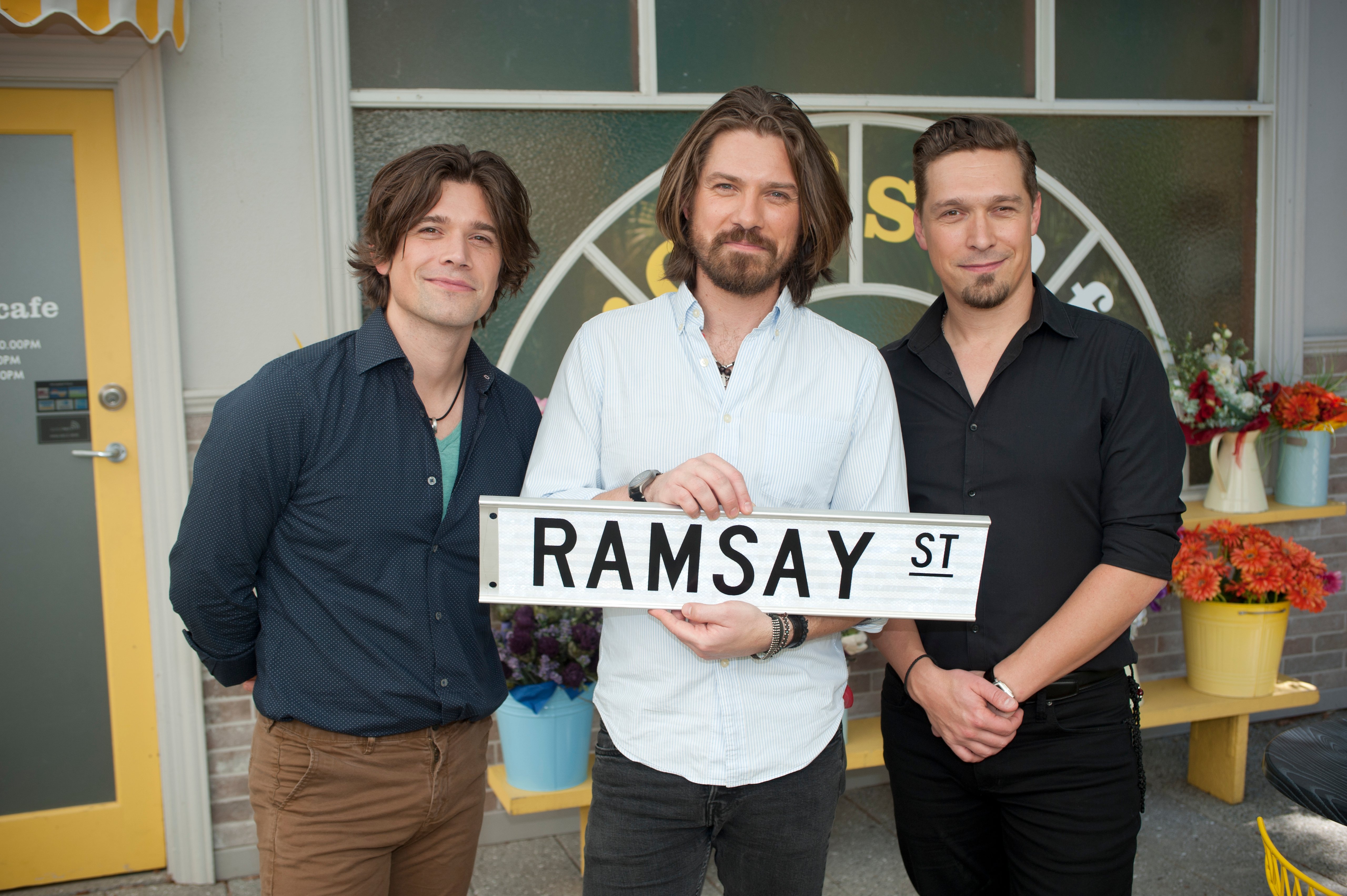 Taylor added: “We fitted into a story that was written around us performing so it worked really well. We feel quite honoured.”

Neighbours finally reveals who Amy Williams ends up with next week – and boyband Hanson will be playing a surprising role in the storyline.

Gary also soon discovers that Kyle has thoughtfully arranged for Amy to attend a private performance from boyband Hanson, who are in Erinsborough for a local music festival.

It’s a bittersweet moment as Amy and Kyle mark the beginning of their reunion at the Hanson performance – the end of one relationship is the start of another.

‘Mmmbop’ singers Hanson filmed their cameo on set at Neighbours in February.