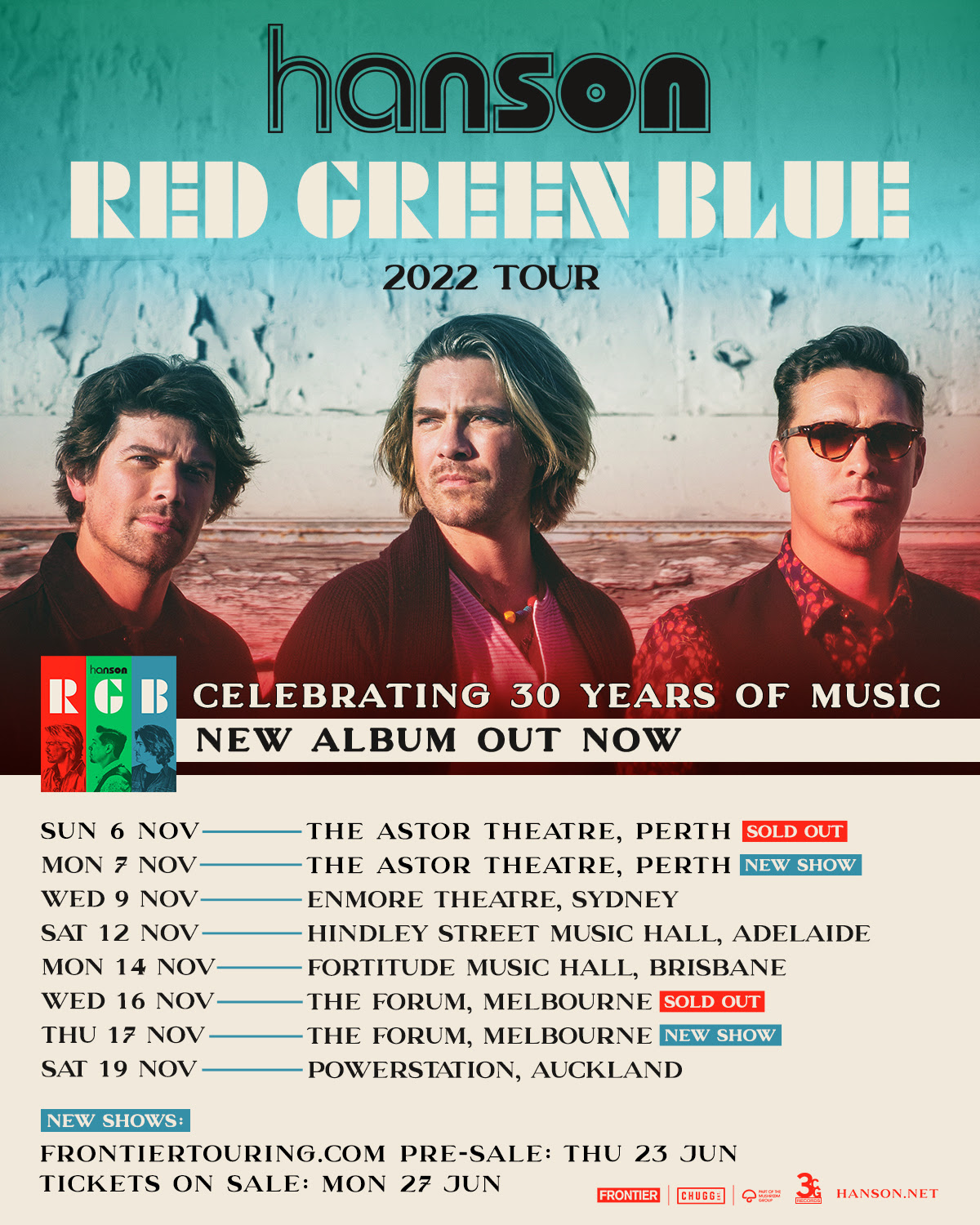 Chugg Entertainment and Frontier Touring are pleased to announce American pop-rock trio HANSON are adding two additional concert dates to their now 8-date Australia and New Zealand RED GREEN BLUE 2022 TOUR this November following quick sellouts in Perth and Melbourne. The additional concerts are in Perth at The Astor Theatre on Monday 7 November and Melbourne’s The Forum on Thursday 17 November.

“We’re always excited to visit Australia and we’ve been blown away by the response to the RGB World Tour. What better way is there to celebrate selling out our Melbourne and Perth shows than to add more shows?” said Taylor Hanson.

Tickets to Sydney, Adelaide, Brisbane and Auckland are selling fast.

HANSON released their 11th studio album RED GREEN BLUE last month with a YouTube Album Release Live event here, with the album being a unique combination of three solo-led projects on one (Taylor’s Red, Isaac’s Green, and Zac’s Blue).  The album features the singles ‘Child At Heart’, ‘Write You A Song’ and ‘Don’t Let Me Down’.

Don’t miss HANSON on their RED GREEN BLUE 2022 TOUR of Australia and New Zealand this November.