Who Will Still Care?: The 25th Anniversary of Hanson’s “MMMBop” 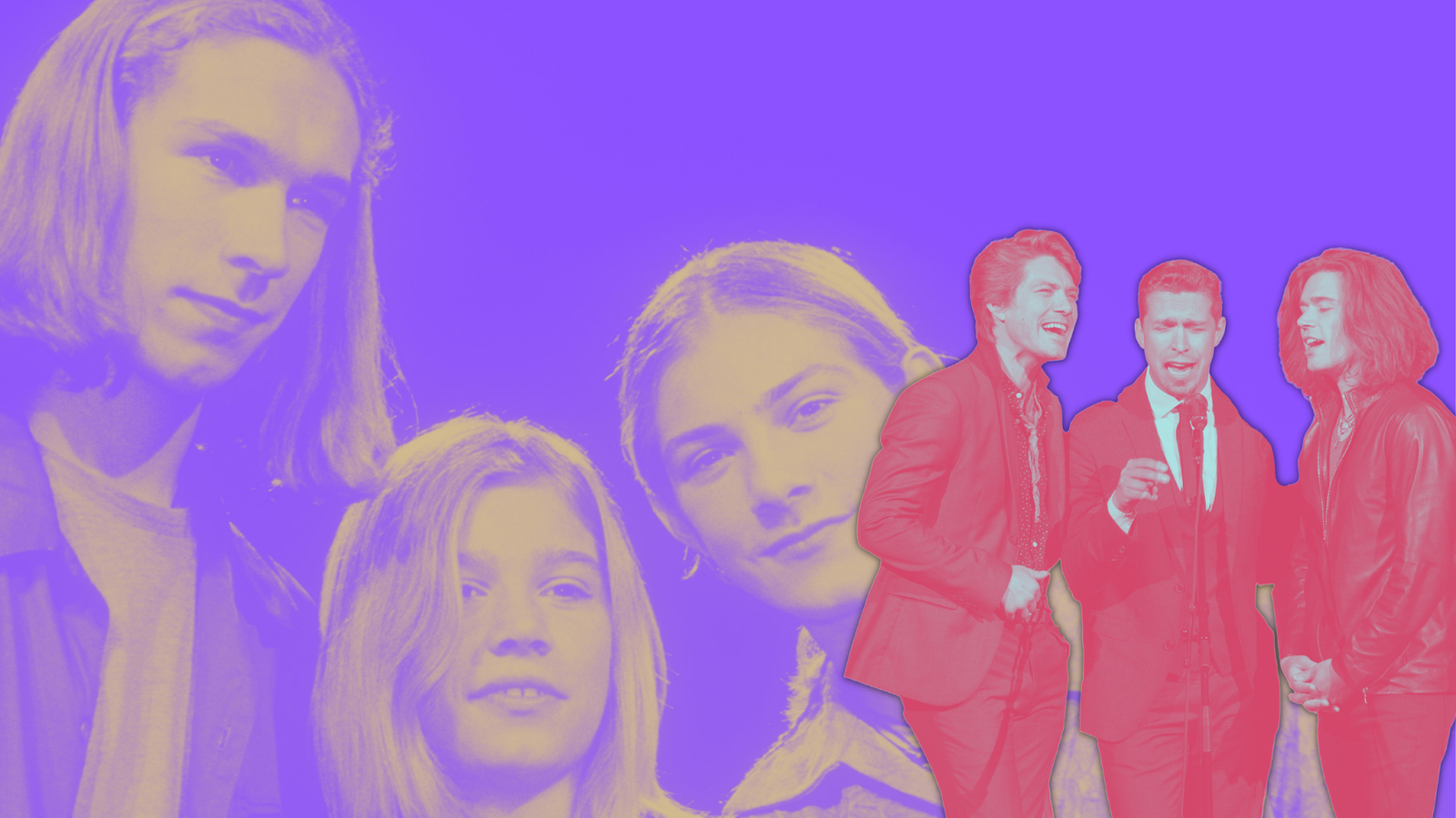 Hanson through the years — on the left in 1997 and on the right in 2017. Photos Courtesy: Paul Bergen/Redferns/Getty Images; Noam Galai/Getty Images

There’s something vaguely negative about calling a band a one-hit wonder. It’s often dismissive and a little mocking, like calling something a flash in the pan. There’s the suggestion built into the concept that the band tried to have more hits and failed. It’s my feeling that this is all a little wrongheaded though. I think we should focus on the word “wonder,” and why the hits that get described this way tend to feel so meaningful to us culturally.

Hanson’s “MMMBop” is one of the most classic examples of a one-hit wonder of all time. As a person who was a teenager when the song came out in 1997, I remember feeling sort of confused. These kids were my age, and they had created this shimmering piece of pop music. The song was so gorgeous and catchy that it almost felt embarrassing. My memory of it is that it was somehow uncool. I see now: I was deeply wrong.

Yes, 25 years is a long time, but it also feels like yesterday. I wanted to take the opportunity to look back on “MMMBop” and try to figure out why it was such a big deal at the time — and what it might have to say to us now.

“MMMBop” Wasn’t Just a Hit — It Was a Phenomenon

In 1997, when “MMMBop” was released, the Hanson brothers were kids. The oldest, Isaac, was 16, Taylor was 13, and Zac was 11. On the other hand, they had already been making music together for five years, which is longer than many bands manage to exist. Still, their youth was a major part of their appeal, and somehow they were able to put together a song that ended up going to number one on the charts in 12 different countries.

This was before boy bands like NSYNC had reached peak popularity, so the kind of fame Hanson experienced was surprising. A few years ago, talking about the song as part of an oral history in The Independent, Zac said, “Our life was like A Hard Day’s Night, and of course the reality of screaming girls and stampeding crowds is not silly, it’s kind of terrifying.” Teenager me might have rolled his eyes at that comment, but it’s definitely true that fame of this level, especially when you’re a kid, must be a little harrowing.

Anyway, “MMMBop” was number one in the U.S. for three full weeks, and finished the year at no. 12 on the Billboard Hot 100, ahead of huge hits like Usher’s “You Make Me Wanna…” and Meredith Brooks’ “Bitch”. Clearly, the evidence is mounting that my sense, at the time, that “MMMBop” was uncool was way off. Hanson got to work with the Dust Brothers — who had recently worked with Beck on his ultra-cool album Odelay — on the production of the song. Somehow they also got Tamra Davis — who directed music videos for The Smiths, Faith No More, Sonic Youth, and Tone Lōc — to make the video.

Coolness aside, songs don’t usually last in the culture if they don’t have at least a little something to say. “MMMBop” is an incredibly silly title, but the phrase uses nonsense as a stand-in for really big ideas. These kids were singing about how fast time goes by — about how fleeting life can be.

In that same oral history from The Independent, quoted above, Zac goes on to say, “I’m surprised more people weren’t worried about us when you look at the things we were writing at that age. Obviously it was packaged in a very upbeat way with harmonies and catchy guitar lines, but ‘MMMBop’ is really about getting old, losing friends and the fact that most things won’t last.” Clearly, these kids had some depth to them.

The best pop songs — and “MMMBop,” amazingly, is no exception — have a kind of lyrical quality to them. They sneak their way into your heart with catchiness, and then they end up telling you what’s going on in your heart with depth and — dare I say — poetry. “And when you get old and start losing your hair,” Hanson tells us in the song, “Can you tell me who will still care?” As a kid, you find yourself singing along with this stuff, and maybe you miss the meaning, but eventually you see it, and it blows you away.

When VH1 did their Greatest Songs of the ‘90s special back in 2007, “MMMBop” came in at number 20. Glamour’s more recent 2020 list of the best songs of the ‘90s put it at 28. And sure, some lists leave it off entirely, but it’s clear on the whole that “MMMBop” is still in our collective consciousness.

This May, Hanson will release their latest album, Red Green Blue, so in spite of their one-hit wonder status, they keep making music for their following of devoted fans. No, they’re not topping the charts anymore. It’s unlikely that anything from this album will make its way into this year’s Billboard Hot 100.

But that doesn’t mean it’s all meaningless either. Music is a timeless phenomenon, and the audience for it shifts and changes constantly. That’s why I think being a one-hit wonder is really more like a badge of honor. It means that for one shining moment, you created a timeless artifact that made it through to people in a way that mattered.

Maybe it’s a little embarrassing, but so are most of the deepest, most heartfelt feelings we have when we’re forced to get public about them. Back in 1997, the kids of Hanson gave us a sweet, little song about the passage of time; 30 years later, I’m happy to tell you I’m still listening.