HANSON: It’s Good To Be Green 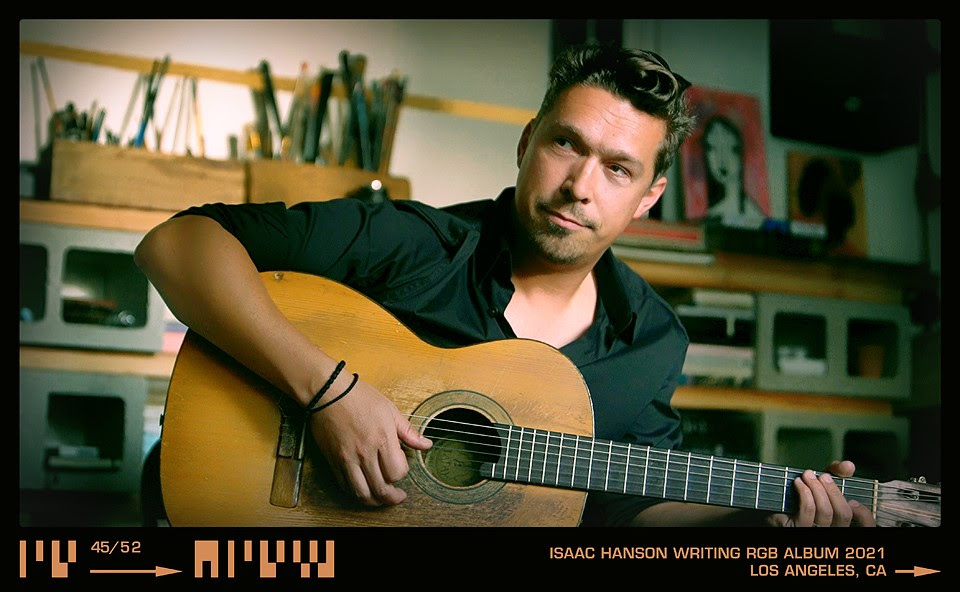 WEEKLY PIC
The recording studio is a place to imagine all the possibilities for a song. In this pic Isaac is working on songs with co-producer / co-writing partner David Garza during the recent RGB recording process. We’re looking forward to sharing the whole musical endeavor with you in May.

MESSAGE FROM THE BAND
This week has been amazing, and also amazingly full. Just today we posted two videos of the making of Write You A Song’s music video. One on YouTube and one here for HNet members. As a video, it was a treat to make. Like the song, it was simple and sweet and left us all smiling. We hope you have been enjoying the song, and if you do, you will take a look inside how it was made.

This week has also seen the completion of our coming video for Don’t Let Me Down releasing April 15th, and the start of recording of the 2022 Hanson.net Members EP. It feel so good to have so much going on. Music video editing in one room, recording in the studio, behind the scenes videos being created in another room, while songs are being completed in yet another room, and it will all be your to see and hear at the end of May.

The 2022 members EP is fast taking shape, and maybe it is only in our heads, but it feels different than EP’s in the past. We are right in the middle of releasing a new album, yet we are recording. It does something interesting to the stories we seem to be writing, and the sounds we are making. It feels so very at ease, so very simple and confident… but of course we are not finished yet so who knows where we will end up.

HNET EXPLORER
Member Exclusive: Members started playing our latest Hanson.net Online scavenger hunt, Green Explorer, on Friday, March 11th! You solve the clues we give and you earn pins. You will have until the end of March to earn all the new pins.

HANSON DAY 2022
Member Exclusive: We hope you will join us for HANSON Day 2022 in Tulsa. The full event schedule is out now and we hope to see you in Tulsa in May!  RSVP now!

LISTEN TO “WRITE YOU A SONG”
PRE-ORDER RED GREEN BLUE

“This song is about holding on to the things that really matter in life, those simple daily moments that are precious and honest and go by so fast,” says Isaac Hanson of the song. “Whether it is between a parent and a child or a romantic relationship, it is important to capture those moments in photos, videos, and yes in songs, so that you remember them and make them last.” 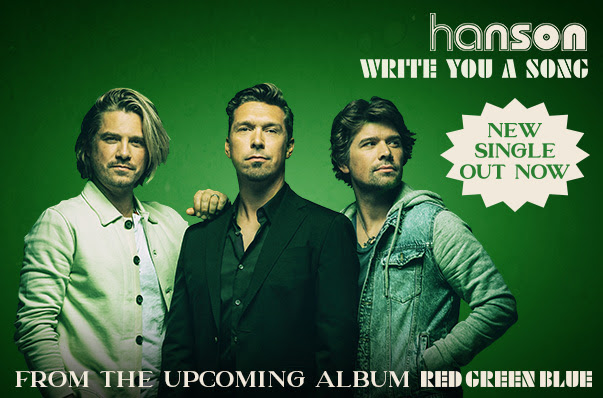