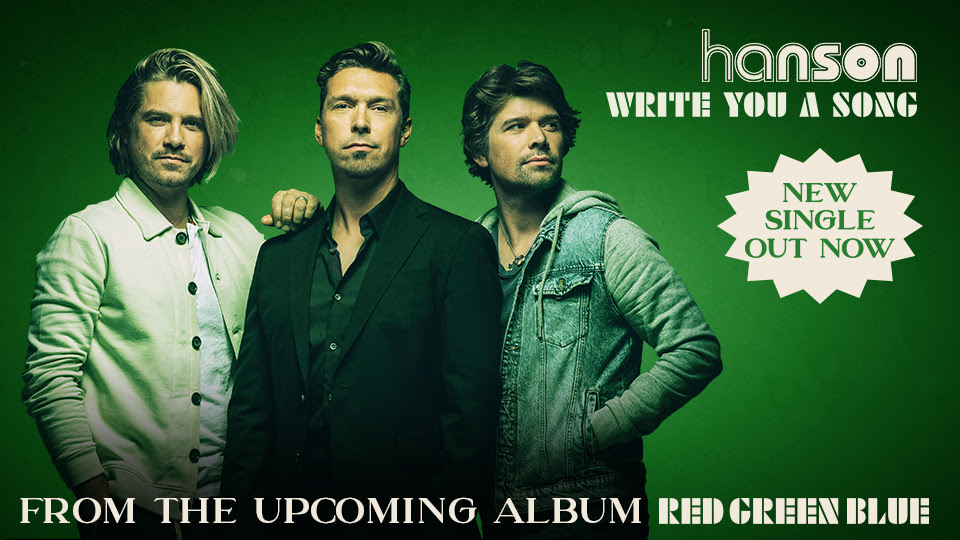 LISTEN TO “WRITE YOU A SONG” NOW

MUSIC VIDEO TO PREMIERE ON CMT THIS MONDAY MARCH 14

LISTEN TO “WRITE YOU A SONG”
PRE-ORDER RED GREEN BLUE

“This song is about holding on to the things that really matter in life, those simple daily moments that are precious and honest and go by so fast,” says Isaac Hanson of the song. “Whether it is between a parent and a child or a romantic relationship, it is important to capture those moments in photos, videos, and yes in songs, so that you remember them and make them last.”

RED GREEN BLUE was heralded last month with the album’s emotive and dynamic first single, “Child at Heart,” available now at all DSPs and streaming services. An official music video is streaming now via YouTube.

Comprising three solo-led projects from Taylor, Isaac, and Zac Hanson, RED GREEN BLUE arrives via 3CG Records on Friday, May 20, and is available for pre-order on vinyl, CD, and digital at all retailers now. The album, which marks HANSON’s milestone 30th anniversary, brings together the band’s three unique creative voices like never before, with a third of the album written and produced by each brother: Taylor’s RED, Isaac’s GREEN, and Zac’s BLUE. The album, which is also, co-produced with Jim Scott and David Garza, amplifies the band’s unique trifecta of sound in a new way which is highlighted through the release of three singles, one featuring each brother. Starting with Taylor’s “Child At Heart” followed by Isaac’s “Write You A Song” (out today) and the rock-infused force of Zac’s “Don’t Let Me Down” (April 15), each song is a clue to the unique musical influences which make up the project.

“Going into our 30th year as a band we felt like it was imperative we continue to tell our story like only we can,” says Isaac Hanson, “and telling stories in ways that will continue to challenge us to grow and give people new reasons to listen. RED GREEN BLUE is about sharing what has made us a band that has been able to weather so many storms.”

“Our love and respect for Jim Scott has only grown since we first met 20 years ago,” says Taylor Hanson. “He has been behind some of our favorite albums, so it’s an absolute joy to have finally made a project together.”

“We have had a long friendship and deep connection with David Garza since our early days as a band,” says Zac Hanson. “We could not have had a better musical collaborator for this milestone project.” 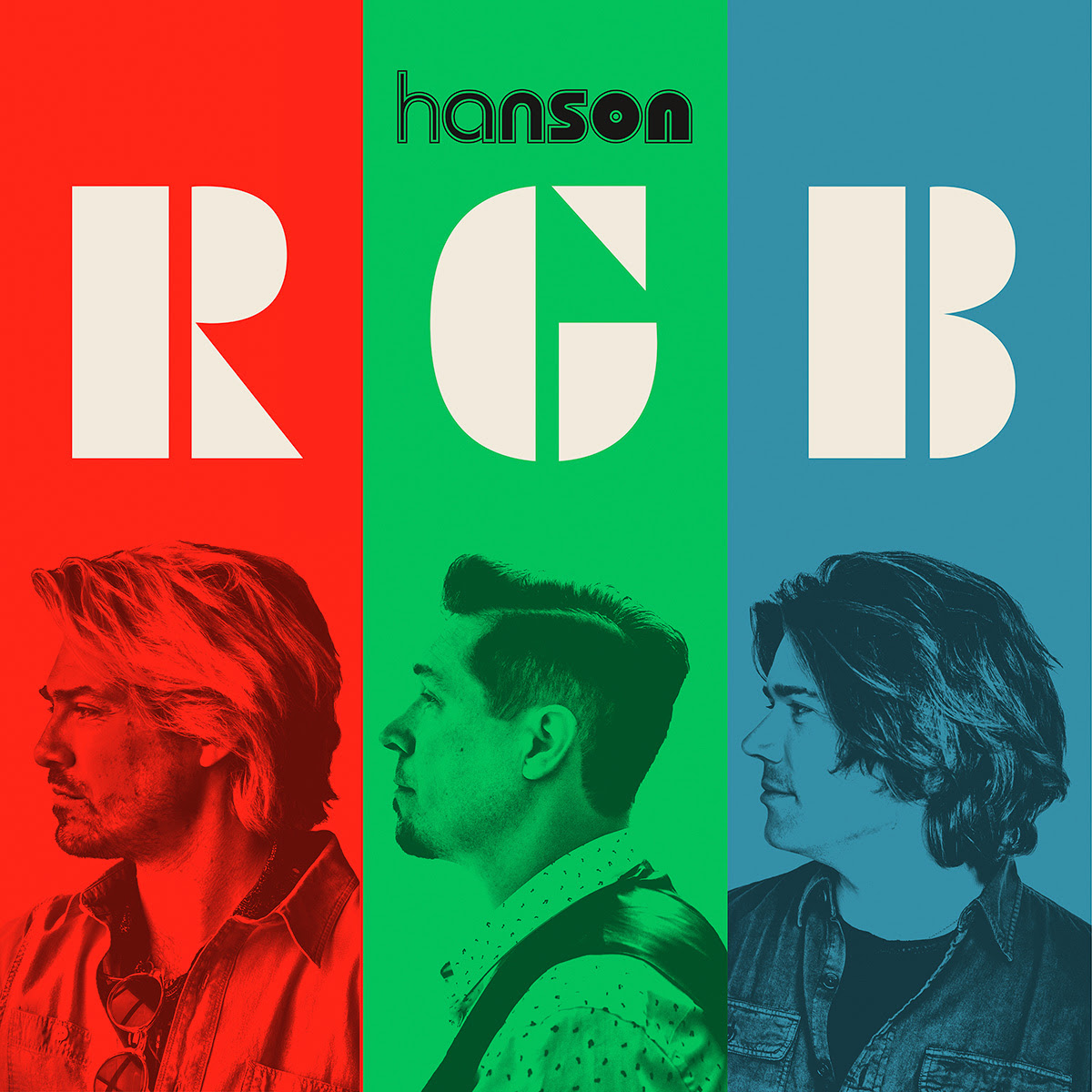 Officially founded in May 1992, HANSON will mark their momentous 30-year anniversary with HANSON Day 2022, an unforgettable weekend of exclusive streams and events set for May 12-14 in the band’s hometown of Tulsa, OK. Highlights will include a very special livestream concert event on May 13, direct from Tulsa’s famed Cain’s Ballroom; streaming tickets are available now exclusively via In.Live. For complete details and registration, please see hanson.net/hday2022.

NOVEMBER
DATES TO BE ANNOUNCED