HANSON: Since Our Studio Flooded 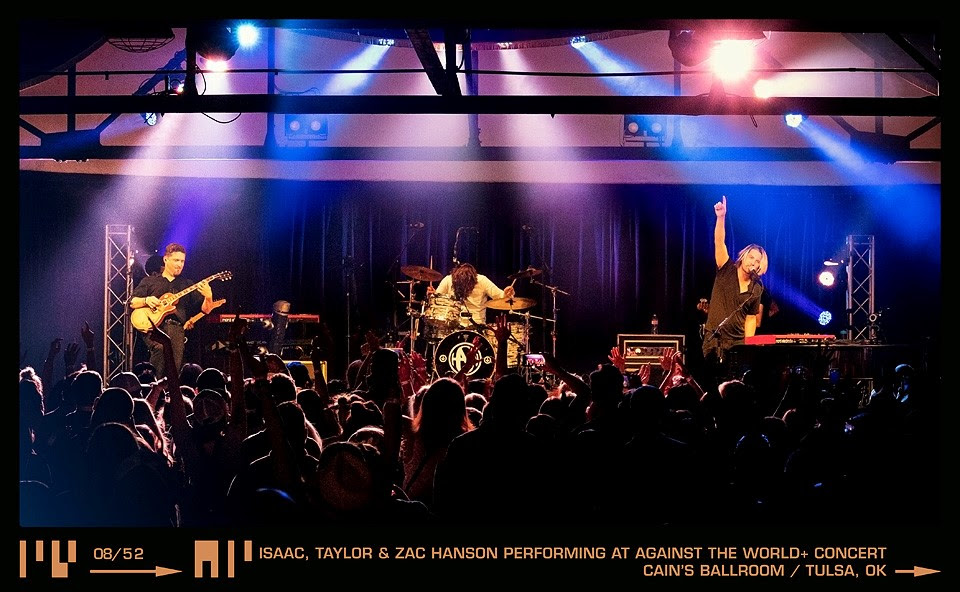 WEEKLY PIC
This last week we began our Against The World + concert series and it was amazing. We can’t wait to see you next month, who is planning to join us?

MESSAGE FROM THE BAND
What a week we have been having! It was enough to simply enjoy the high of our streaming concerts over the weekend, but when you follow that up with Independence Day celebrations, it just can’t be beat! This is such a great time of year, when the weather is hot, and almost daring you to find an adventure or take on the elements. Though it is indoors, we have been tackling a challenge of our own. For months we have been limping along, ever since our studio was flooded. This week we have finally been able to put things right (but we have a lot of things) which has meant a lot of heavy lifting! There is so much possibility on a clean blank canvas, and for a musician when you walk into a wide open studio full of instruments it is pretty much “kid in a candy store” level. It feels good to be thinking about what comes next, even while we are right in the middle of releasing Against The World.

We hope everyone has had a chance to check out the latest entry from ATW, “Only Love”. The message of Only Love is so timeless, it makes it a real joy to play and to imagine singing it for years to come. We love that we were able to premiere the song live the same day it was released, and that that will be happening again and again as the Against The World + Streaming Concert Series continues. Next month, we will be featuring Underneath and The Walk in our set-lists, two albums with a lot of music that is rarely performed live. August will also feature the release of the title track from our new album Against The World, and we fully expect to hear you all singing along to every Woooooorrrrrrllllllddddddd!

We look forward to sharing more about Only Love in the coming weeks, and seeing you all again in August

ONLY LOVE OUT NOW
HANSON has released Only Love, the third single from Against The World, their new project being rolled out throughout 2021 over seven months, one single at a time. “Only Love,” featuring the signature gospel inspired Americana of Isaac Hanson on lead vocals is available today on all digital platforms. The song’s official music video was premiered via American Songwriter.

““Only Love” talks about how we’re are all broken souls in one way or another, and need love and forgiveness constantly in our lives,” said Isaac Hanson. “The lyrics talk about how each of us ‘know all too well my demons and broken dreams’, and ‘get bogged down in self doubt’. These feelings are ones we all know and it is love, sacrifice and forgiveness that heals those wounds.” 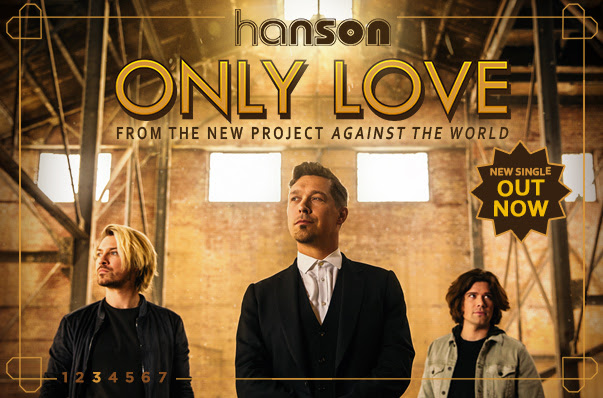 PRE-ORDER AGAINST THE WORLD!
Against The World is HANSON’s 7th studio project featuring entirely new music, and their 13th release since their major debut in 1997. This highly anticipated project, released as seven monthly consecutive singles, features a wide range of influences across the spectrum of pop and rock. Pre-order your CD or Vinyl today!