HANSON: Back To Work! 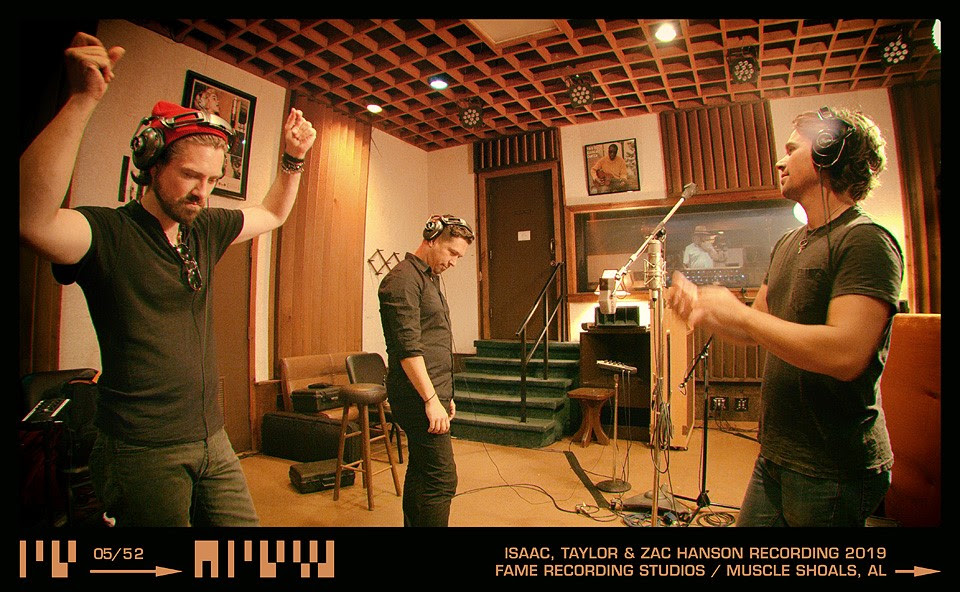 WEEKLY PIC
The 2021 Hnet Members EP was captured during our Against The World sessions in the iconic FAME studios. What better place to record than in a legendary spot like FAME?

MESSAGE FROM THE BAND
We have all been traveling across the US this week for summer vacation in search of rest and relaxation, reconnecting with friends, enjoying good food, family time and generally beautiful places, and man has it been a wonderful reminder that life is good and how lucky we are to still be doing a job we love after almost three decades and there is so much ahead still to create.

Of all the things that define our band’s sound, the greatest must be the way our three tastes come together. Three visions, pushing and pulling in search of harmony. There may be no better representation yet heard, than the first three singles from Against The World. Annalie, Don’t Ever Change, and the soon to be released Only Love. Each song so intricately rendered, brings to bear a style all its own, but they share a purpose even in their unique perspective on what it means to be loved.

We are looking forward to July 2nd and the release of “Only Love” along side our first set of concerts for Against The World. This will be our first shows with a full audience in over a year  (it could give you butterflies just thinking about it). On the 2nd we will be featuring music from our first album Middle Of Nowhere, and July 3rd our sophomore album This Time Around. I guess we just want to make up for lost time by making every concert a set-list to remember.

We hope we will see you in person, or as part of one of the live streams. Until then enjoy the summer sun!

DON’T EVER CHANGE OUT NOW!

Don’t Ever Change departs from the warm tones of Annalie and leans hard into Power Pop. Bombastic drums, check! Loud Guitars, you bet. We are excited to share this song and thrilled to have the talents of the iconic Rick Nielsen (Cheap Trick) on loan as lead guitarist.  Watch the latest video now! 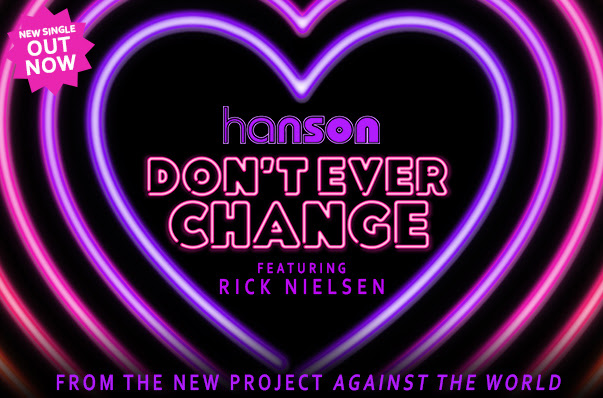 PRE-ORDER AGAINST THE WORLD NOW!
Against The World is HANSON’s 7th studio project featuring entirely new music, and their 13th release since their major debut in 1997. This highly anticipated project, released as seven monthly consecutive singles, features a wide range of influences across the spectrum of pop and rock. Pre-order your CD or Vinyl today!