Party With HANSON and PAPER

If you’ve been turning to the past for relief from our present, you’re not alone. It’s definitely been soothing to look back at simpler times, especially after the unprecedented year we’ve had. Fortunately, HANSON is kindly offering some wholesome entertainment while honoring their past.

To mark the 15th anniversary of the band’s live album The Best of HANSON, Live And Electric, the brothers are launching their first livestream concert series, which will be broadcast from music landmark Cain’s Ballroom in their hometown of Tulsa, Oklahoma.

The first concerts will take place over October 9-11th, and be followed by three shows each month through January. And to keep fans on their toes, each month will have a different musical theme.

Taylor Hanson, the middle Hanson, shared his excitement for the project: “We are thrilled to return to the stage and share the excitement of live music, both online and in person,” he said. “As both artists and music fans, we know the importance of live music and the power it has to lift our spirits.” 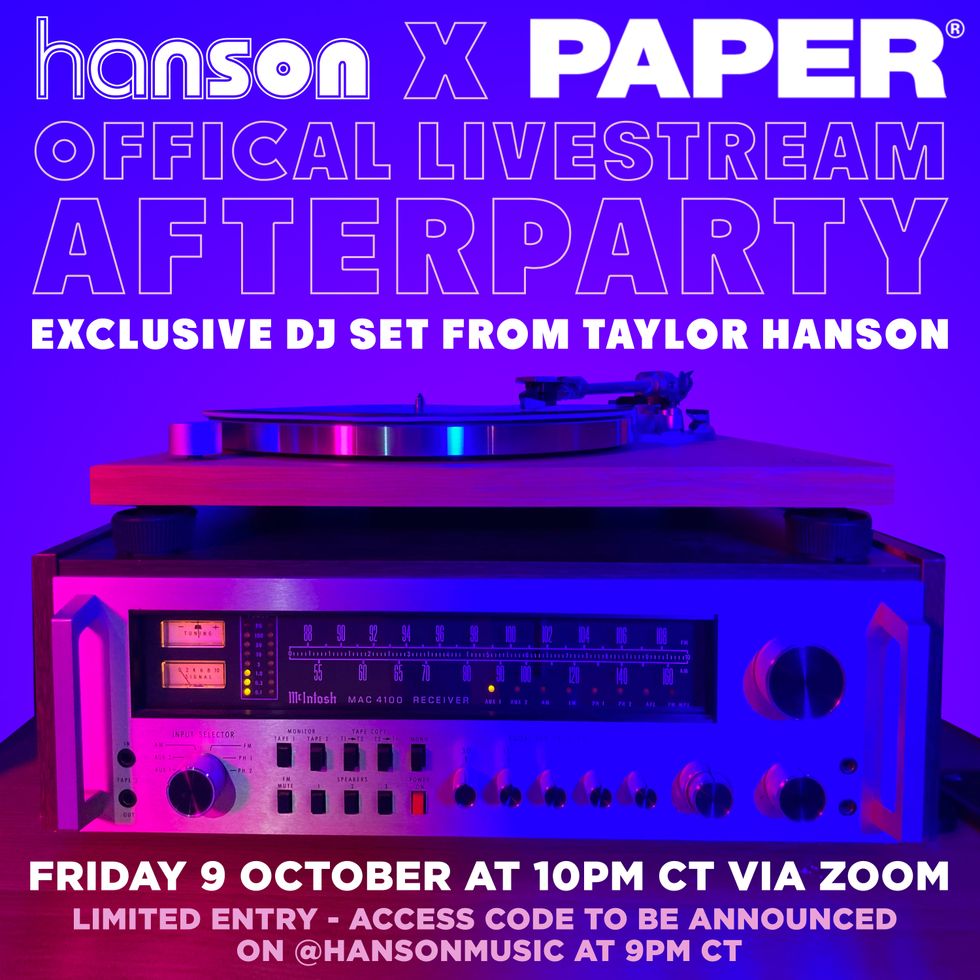 HANSON fans can now buy tickets for the livestreams, or in-person spots for the October shows. Each month’s concert series will be followed by an announcement of the next month’s theme and ticketing info, giving people ample time to prepare for whatever the band has in store next.

At the October shows, dedicated to the 15th anniversary of the Live And Electric album, viewers will hear rarities and covers, along with HANSON classics.

But that’s not all HANSON has in store! After the first concerts, we’ll have the chance to celebrate with Taylor Hanson for an after party on Zoom — hosted by PAPER — where he’ll DJ a special set that showcases all his musical influences. “This DJ set will be a perfect way to round out a night of live music,” Taylor said.

HANSON’s Official Livestream After Party with PAPER will take place October 9th at 10 PM CT. With limited entry, the Zoom code will be announced on @HansonMusic on Twitter at 9 PM CT. See you there!