Hanson Shares the Love with Minnesota 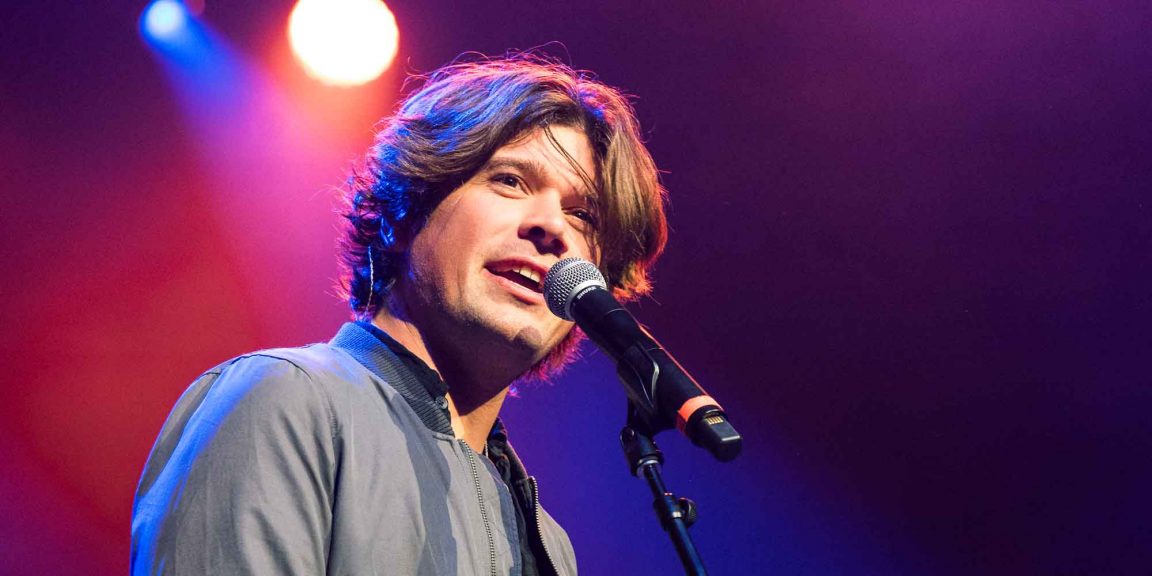 With 99% confidence, I imagine that you are one of two types of people, dear reader.

A.) You’re a rabid Hanson fan, here to see pictures and relive your evening at Mystic Lake. You’ve loved the band for more of your life than you’ve loved most things. You breathe Hanson. You’ve got a favorite member and your vocal cords are still a little tired from screaming “I LOVE YOU (insert Isaac, Taylor, or Zac)!!!!!!!!” during every song. Oh, and you definitely still have that Hanson t-shirt from when you were a kid.

B.) You’ve found a link to this review somewhere and thought to yourself “Hanson?! Like, “MMMBop” Hanson? Do they still sing that song? What have they even been doing since 1997?

For type B – yes that Hanson, yes they sing “MMMBop,” yes they still perform it. Welcome! Surround yourself with some of their new music here and stick around!

It doesn’t need to be said that the rest of you had an amazing time. Every person in the crowd was living it up as only lifelong fans are able!

I’ll admit, I was curious about what it would be like to see them in a huge casino stage setting. Yes, the seats are comfier, the drink lines are short, and you don’t have to battle it out for your spot with any other fans who have loved them for 20+ years like you have… wait. That sounds kind of great! Mystic Lake was a fabulous choice.

The night even started with a sweet proposal on stage between two fans!

Screaming filled the room as the lights dimmed. Isaac, Taylor, and Zac Hanson ran out to greet the crowd and took their places at the three microphones that lined the broad Mystic stage. They started out with “I’ve Got Soul” from 2013’s Anthem.

The dynamic was a little different on the stage this time around. Zac was recently in a motorcycle accident and isn’t able to drum. He rocked out the 2-hour performance just as hard as usual, with help behind the kit from pal Dash Hutton, while he stood front and center. It felt like a more voluminous version of the acoustic performances that the band played in the 90s. Perfectly nostalgic, but still full of new energy.

He joked that he had to go to great lengths to be brought up to the front. “I crashed my motorcycle and it hurts to lift my arm above here. I just wanted to see you guys more!”

Taylor ferociously tapped his foot behind the piano and Isaac busted out soulful guitar solos. The vocal harmonies sounded just as perfect as they were when This Time Around came out nearly 20 years ago.

The fun thing about the fans is that they’re just as happy dancing to 1997’s “Where’s the Love” as they are with raising their fists in the air for 2018’s “I Was Born.” The setlist highlighted what makes the band great. It was like a celebration of their career for the fans. It was clear that they were having fun on stage throughout the whole night.

Midway into the set, Isaac traded his electric guitar for an acoustic for a change of pace. The brothers performed vocally rich versions of “Madeline,” “Weird” and “Strong Enough to Break.”

“Penny and Me” brought the set back to electric. Beaming blue lights crisscrossed over the stage and the crowd waved phone flashlights while they sang the “whoa-oh” parts as loudly as possible.

While the set was very unifying, each brother had a place to shine. Isaac performing “Watch Over Me” was soulful and moving. “Musical Ride” brought Zac to the lead. Taylor ran up and down the stage during “Get the Girl Back.” A woman in the crowd had to sit to calm herself down after Taylor grabbed her hands.

The set ended with a heavy rendition of “In The City.” It felt like a powerful end to the night. The screaming of 2,000+ fans never wavered. The band had no choice but to come back out.