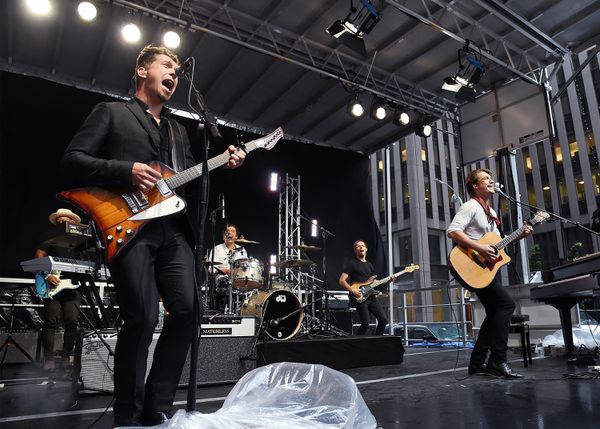 Hanson will perform in Cleveland in December. (Photo by Nicholas Hunt/Getty Images)

CLEVELAND, Ohio — Ho, ho, Hanson! The ’90s pop group will be taking their holiday show to Cleveland’s House of Blues on Dec. 18, along with Paul McDonald and Joshua & The Holy Rollers. Tickets go on sale on Sept. 20 at 10 a.m. on LiveNation.

The tour will include performances of holiday classics and a taste of the band’s new music from its upcoming 2020 album. (And, hopefully, the group will also throw in its greatest hit, “MMMBop.”)

“This is an exciting time for the band, with new music around the corner and more than 25-years of music behind us,” Taylor Hanson said on the band’s website.

“This tour is a collision of worlds with Christmas classics and a taste of brand new music, making for an uncommon but awesome mix,” Zac Hanson said on the band’s website.

You can find more information about the show at hanson.net.