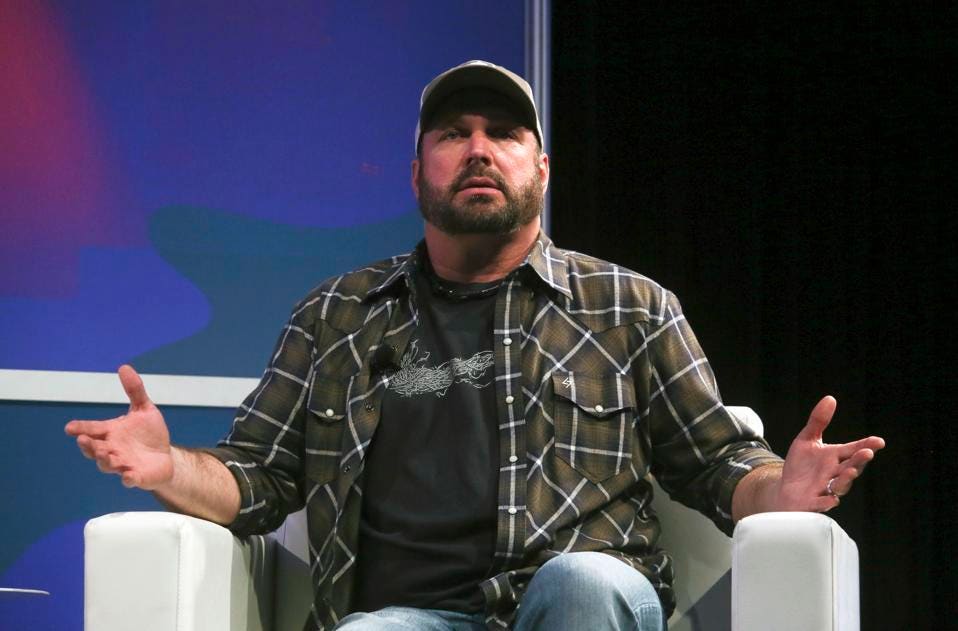 Where’s Garth? Brooks appeared last year at South by Southwest, but in 2018 the focus was elsewhere. (Photo by Jack Plunkett/Invision/AP)

Last week, the music world descended on Austin, Texas, for the annual tech-and-entertainment fortnight known as South By Southwest. But unlike recent years, talk of music rights — not keynotes by A-list acts, like Garth Brooks last year — ended up at the forefront.

The industry has become transfixed by streaming, which has finally turned a corner with the growth of services like Spotify and Apple Music. Whereas the likes of Bruce Springsteen and Lady Gaga headlined prior iterations of SXSW, this year was highlighted by speeches from YouTube’s Lyor Cohen and Apple’s Eddy Cue. And behind the scenes, much of the action revolved around music rights.

“Catalogues are growing [in value], and that is streaming,” says Matt Smith, CEO of Royalty Exchange. “Everybody can see it, there’s a lot of enthusiasm around Spotify’s IPO. There’s a lot of financial coverage, essentially, of the growth in the music business, finally, after this huge bear market. That’s bringing a lot of people in now.”

Smith’s company serves as a marketplace for sound recording and publishing copyrights for music ranging from Sesame Street tunes to Eminem songs (the latter through its subsidiary, Royalty Flow, which is planning an IPO). Royalty Exchange is agnostic to the boom-and-bust cycle, taking a 15% cut of each deal; the company has been a part of more than 230 transactions worth over $14 million in total during the past two years.

The music rights rush has also attracted big institutional players, a trend on display last week. Winton Group, a data-driven investment management firm with some $30 billion in assets under management, unveiled Music Fund — an algorithm-driven outfit set to buy pieces of catalogues — at SXSW. The idea: give up-and-coming musicians a chance to sell slices of their rights in order to stay independent, rather than selling away everything to a major label.

“Any artist that has music that’s generating royalties could come to us and say, ‘I’m interested in selling X percentage of these tracks,’” says Winton data scientist Thomas Jerde. “And our algorithm would say, ‘Here’s the evaluation, and here’s an offer.’ So you can use that capital to do whatever you want. Invest in your career.”

Winton is especially interested in the long tail of music royalties.

“If you’ve had 10 years of constant $1,000-a-year [payouts], it’s plausible to believe that next year is going to be around that same number,” says Music Fund founder Geoff Cross. “Similarly, you expect that when a track is launched, it’s going to be a big spike, and then it’s going to decay.”

The draw for investors and marketplace operators is clear. But does selling off increasingly valuable assets make sense for artists? Depends who you ask. Proponents of outfits like Music Fund and Royalty Exchange cite the freedom to sell small chunks of a catalogue, sometimes for a term of just a few years, as a great way to free up cash to make new music or plan a tour.

Some musicians remain skeptical, including singer-songwriter Taylor Hanson, who along with his brothers Zac and Isaac plays in the band Hanson, one of the bigger names at SXSW this year.

“In 2018, artists are at risk of offering up their core intellectual property to the lowest bidder, streamer or company acquiring those rights,” he says. “History is repeating itself, just like artists of the early record industry in the ’50s who sold their publishing royalties and then watched those residuals earn millions for publishing houses long after the heyday of album sales. I would say to all artists, large or small, learn from the past and maintain the ownership of your creation; it will always be your future.”

As for South By Southwest, the relative lack of stadium-filling acts this year was in many ways refreshing, returning the confab to its roots as a platform for rising artists to get discovered. But even last year, Brooks offered a clue toward the future.

“I think I’m the bridesmaid,” the country superstar told me. “I think everybody wants to know what Amazon is doing.”