Hanson: ‘We won’t be buying each other gifts!’ At Now HQ there’s one thing we’ve heard quite enough of – all this ‘oh Hanson, are they back?’ Guys, c’mon – they never went away!

Ok, perhaps we’re too invested in them, after all, we’re potentially their biggest fans. Regardless, the three brothers from Tulsa, Oklahoma, are well…back, on the airways that is. The release of the new album and single Finally It’s Christmas comes at the end of a very eventful year for the now-not-so-blonde brothers. 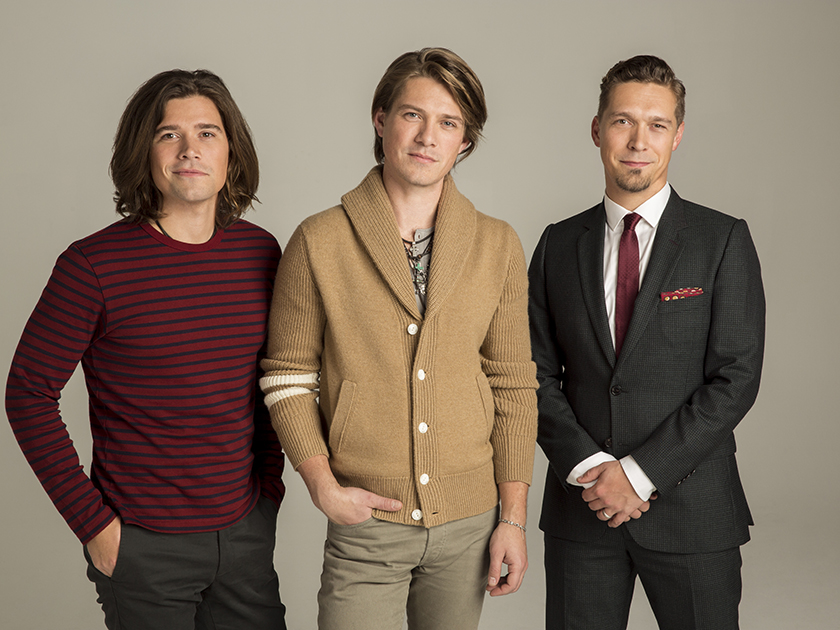 2017 has marked their 25 years as a band and the 20th anniversary of MMMBop. You’d think that having been in the business for more than two decades – notching up Grammy nominations and more than 16 million record sales – might mean the trio had seen it all, done it all. But, back on the road with a short Christmas tour for the new album it seems that there are still some new challenges…

‘We almost exclusively have never played these songs in front of an audience,’ explains Isaac, 37. ‘It’s important to have firsts as when you’re 25 years into something as I think the risk would be you get into a stagnant pattern where everything is old hat.’

Our exclusive chat with the brothers comes just as they land in LAX for the final of two US dates, before making their way to Manchester.

Isaac is as friendly as ever (duh!) – although phone signal does mean we get cut off less than half way through, he promptly calls back apologising. ‘It’s LA,’ he laughs.

Undeterred by our technical difficulties, we push on, asking the all-important question: Finally It’s Christmas, or Snowed In? For those unsure what that latter is, you might (hopefully not) be surprised to hear that the brothers are no strangers to Christmas albums. 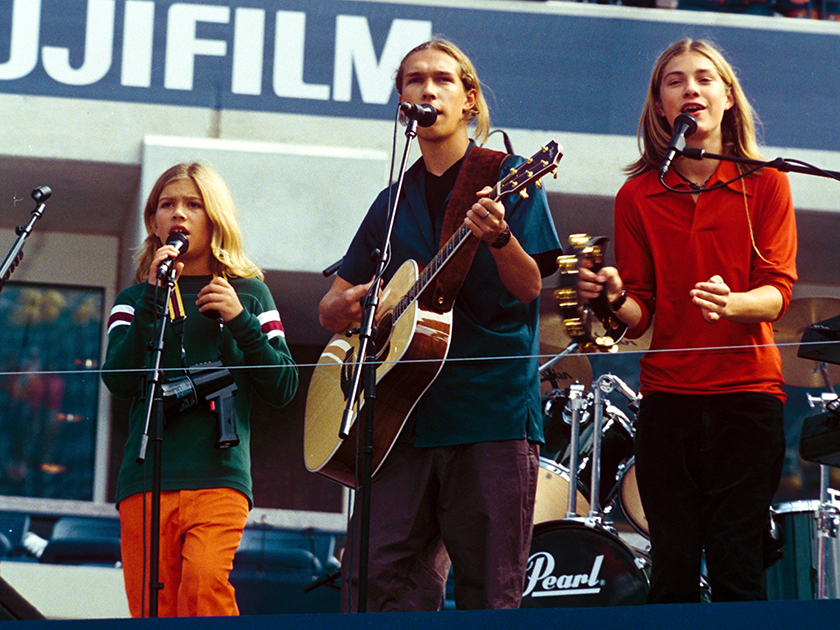 Snowed In was their second studio album, released in 1998 and is full of festive sparkle. But Isaac, understandably, seems torn. ‘Well, they’re different records,’ he says. ‘Snowed In is a bit more upbeat. In part because some of the covers we picked were just a little bit more peppy. The three original songs on the new record are more upbeat than some of the covers, because we needed a little bit of that extra tempo for the record.’

The covers he’s referring to include All I Want For Christmas Is You and Wonderful Christmas Time (yes, we did ask, and no, they didn’t need to get Mariah Carey and Sir Paul McCartney on the phone to ask permission) but not as you know them. ‘Yeah,’ says Isaac. ‘We really changed up Sir Paul’s, that’s really different.’

Releasing a Christmas album must surely mean they love the festive season.

So, despite now all being well into their 30s (sorry, guys) are they big kids when it comes to the holiday? ‘Oh of course’ says Isaac.

‘I think the great thing about Christmas is it gives everyone a licence to be less self-conscious. I think especially in the entertainment business, people find themselves very self-preoccupied. Hanson can be very serious at times but we’re rarely self-conscious.’

Makes sense – especially when Isaac confesses they’re all partial to wearing matching pyjamas on the 25th. 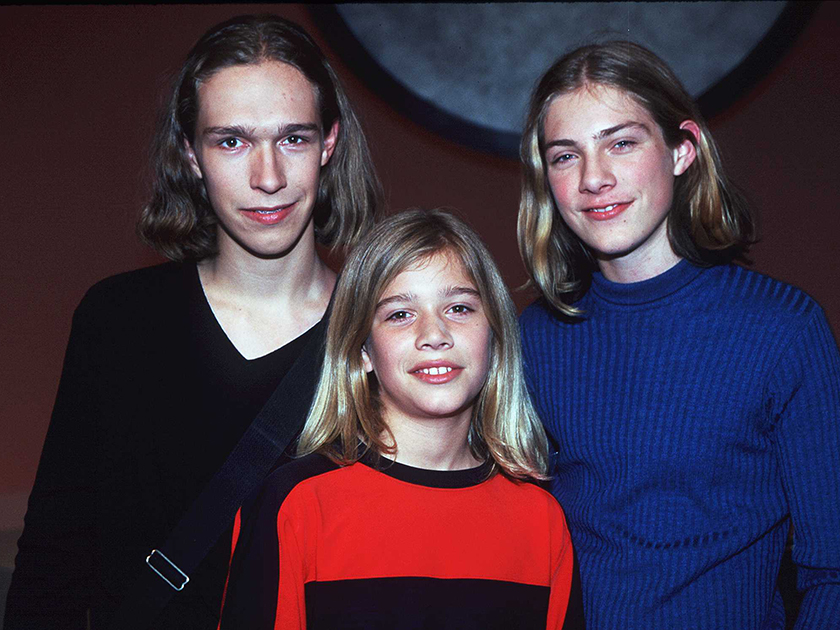 ‘In individual families [Isaac has three kids, Taylor, five and Zac, three] there are often matching pyjama type situations. Let’s face it, if you can stay in the Christmas zone of not having to get overly dressed up you’re ok with it.’

But, besides the ensembles, what else does a Hanson Christmas look like? ‘Traditionally we’ll go to church either on Christmas Eve night or Christmas morning, sometimes both,’ says Isaac.

‘Then of course opening gifts and spending time with our immediate family – our kids, our wives and so on. Then in the afternoon we get together with our parents and brothers and sisters [they’re three of seven, yes, seven] and it gets into a whole other level of crazy – especially when you get ALL of the cousins together…’

And it seems – like most families on Christmas Day – the Hansons can get a little competitive.

‘We play a lot of Pictionary, but one of our favourites is Catchphrase,’ says Isaac. ‘You pass around a little electronic thing with a buzzer. There’s Team A and Team B and we’re a rambunctious group so it gets really loud. We all get into it.’

Of course, we’re desperate to know what’s on the brothers’ wish list this year. Isaac confesses some Lego would go down a treat. ‘

If it involves Lego and sitting around for hours building it, then I’m happy,’ he says. But also, rather conversely, he also wouldn’t mind a pipe. ‘I’m an old guy like that, he says. ‘Always have been.’ But he’ll have to hope Santa is putting that under the tree because the brothers no longer buy gifts for each other. ‘We stopped,’ Isaac admits. 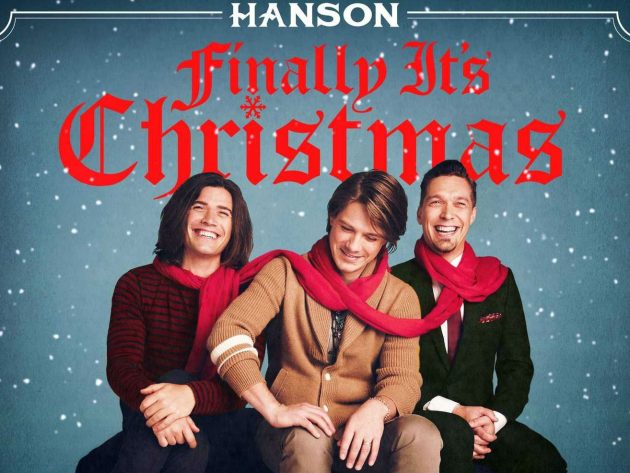 ‘There are so many family members, we do our individual family Christmases and then we do a more extensive get together and just kind of make it more like a family gathering for a few days and make it easy.

Thankfully though, they’ve not given up on one Christmas tradition – the festive film. ‘My favourites are Home Alone, Die Hard, The Family Stone, White Christmas and It’s a Wonderful Life,’ says Isaac. 10/10 choices, we agree.

After covering Christmas food – Isaac says there’s turkey, stuffing, sweet potato and salads (though no mention of Brussel Sprouts) – we can’t let him go without asking about his Grace Unknown  podcast, which is all about being grateful.

‘There are lots of challenges and lots of ups and downs in life but we’ve all got a lot of things that we should be grateful for,’ Isaac explains. ‘It’s important to acknowledge the everyday miracles and everyday things that are easily overlooked, and maybe make the world a better place starting first and foremost with yourself.’

Now, that’s Christmas spirit at its finest, wouldn’t you say?

Finally It’s Christmas is out now