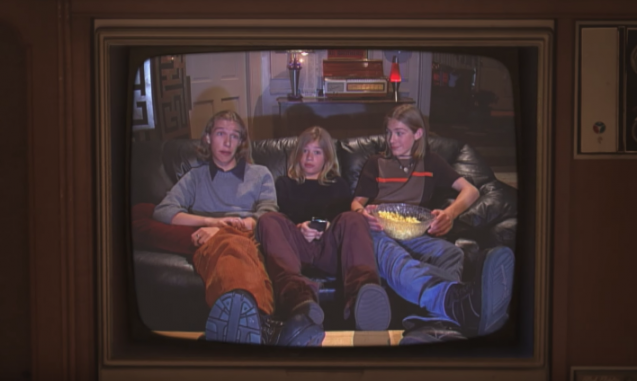 WARNING: This writer is a massive Hanson fan and the content which follows is extremely biased.

Regardless, the video’s a beauty, kicking off with the Hanson we all know and love from ’97 (and, if you’re anything like me, every year thereafter). The footage is pulled from ABC’s Christmas Special from that same, fateful year Mmmbop entered our lives and it’s max adorable. Check it:

THIS IS TOO MUCH. Their voices / faces have aged like fine wine and I’m not at all pissed off that their balls dropped with the Millennium. The 20-year wait though? Look, difficult.

“There are a couple of reasons – none of them are because we didn’t want to do it,” Zac Hanson, every 90s girl’s IRL drummer boy, told PEDESTRIAN.TV.

He said that dishing out Christmas nostalgia but staying true to your band’s sound is a difficult balancing act. “I hate it when you hear a band or an artist who changes genres just because it’s Christmas. They don’t sound like themselves anymore, like it’s an excuse to be a bad version of yourself. That’s hard to do – it’s hard to find the balance.“

The new album features Hanson originals as well as covers of Mariah Carey‘s ’94 release ‘All I Want For Christmas Is You‘, mixed in with reinterpreted versions of Stevie Wonder, Aretha Franklin, and Paul McCartney holiday tunes.

“In some ways I think we were waiting around for several songs that ended up on this record to become classics. A song like ‘All I Want For Christmas’, it wasn’t old enough to be a classic when we made ‘Snowed In’.”

“That record became such a favourite so quick for our fans, we wanted to find a way to… we just had to wait for the right timing, like everyone was ready to hear you, reinterpreting that style again. Coming back to this place, where it wasn’t simply putting ‘Snowed In’ next to another record and going, is it good enough?”

That’s essentially the reason you won’t be hearing any of the ‘Snowed In‘ bangers, like ‘What Christmas Means To Me‘ + ‘Merry Christmas Baby‘ on this new record.

“Re-recording the songs would’ve felt like some sort of referendum on them, like, ‘Oh, they weren’t good enough, now they’re better’,” Zac explained. “Never do we want to do that.”

“I think that’s something that’s very core about our band. We’re very proud of our history, musically. We don’t run away from Mmmbop. There’s not a version of our band where we’re gunna be like ‘…And here’s the real us, we changed styles.’ We just simply evolve through time. We wanted to make a musical statement.”

You can buy ‘Finally It’s Christmas’ here or have a gander on Spotify here. But here’s one for old time’s sake: