Hanson is bringing the holiday cheer once again.

Twenty years after their debut Christmas album hit shelves – and ‘MMMBop’ skyrocketed to the top of the charts – Isaac, 37, Taylor, 34, and Zac Hanson, 32, are back with a second holiday record: Finally It’s Christmas.

“It’s this time of year that anyone with any heart, all the non-Grinches, looks forward to,” Zac says of the brothers’ love of the season. “It’s an excuse to treat yourself well and take care of other people in a way that we maybe sometimes don’t allow ourselves to think about. You become a better version of yourself.”

Now a married father-of-four, Zac talked to TheFIX about all things Christmas, avoiding the pitfalls of child fame, and if a Hanson reality TV show could actually be in the works. 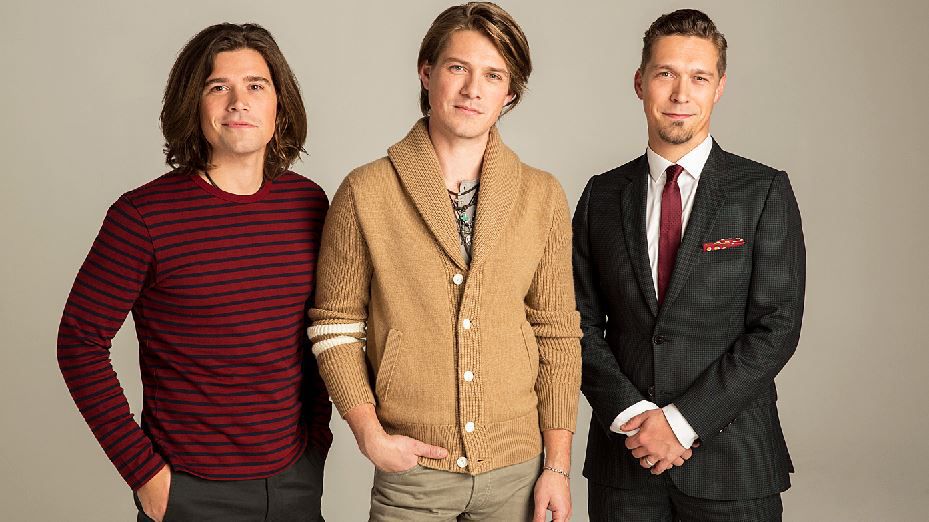 From left: Zac, Taylor, and Isaac Hanson in 2017; Image: Supplied

Snowed In is arguably one of the greatest Christmas albums of all time. What made you want to do a follow-up now?
When we first decided to do Snowed In 20 years ago, it was a little bit outside our comfort zone. A lot of people celebrate Christmas, but a lot of people struggle to find themselves in these traditional songs. Even in the pop songs, it just seems like the artist gets lost a lot.

For years, fans had asked us to do another Christmas album, and we wanted to do it but it was just about finding that right mix of songs.

We didn’t want to just do a song because it was a classic Christmas song. It was about waiting long enough to be able to do something like ‘A Wonderful Christmas Time’ by Paul McCartney, where it really is a classic now. Twenty years ago, it wasn’t. It was a more modern song. And Mariah Carey‘s ‘All I Want For Christmas Is You’ – we felt like we could do a great version of that song that added something to it. Hers is great, but it’s very pop and very slick. It seemed like one that was worth reinventing on Finally It’s Christmas.

You, Taylor, and Isaac have 12 kids between you – and they sing on ‘Happy Christmas’! Were they itching to get involved with the record?
No, no, I wouldn’t say that. [laughs] We had a few little moments on the first Christmas album, especially right at the end – our youngest brother at the time was 4 and he did a few little speaking parts. And I now have a sonwho was roughly 4 when we were making this album.

What’s Christmas like in the Hanson family?
There’s always a big Hanson celebration – lots of food, movies, bringing whatever toys and games you got for Christmas over. There have been many sessions of late-night Cards Against Humanity among the adults.

So, who gets the most into the festivities?
I love the gifts the most. I’m a big kid. I still love to play video games. There’s part of me that still loves the idea of what a great toy is from a Nerf gun to a GI Joe to a Barbie doll and Calico Critters to the latest, greatest Hot Wheels set. I love the artistry of it. I love playing.

Isaac is probably the one who gets the most into the traditions: writing the Santa Claus letters – don’t tell the kids – and putting out the cookies and reading The Night Before Christmas on Christmas Eve. He’s probably the biggest Bing Crosby of the band. 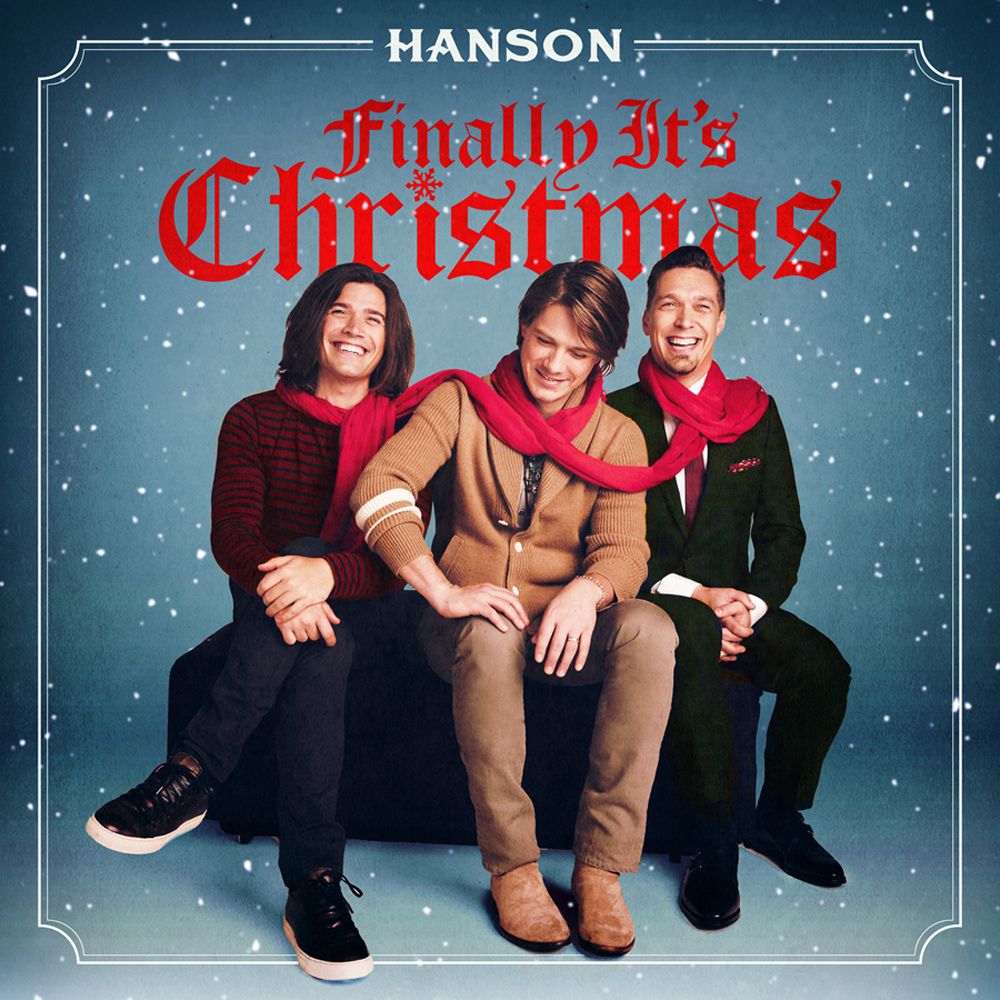 As a band, you seem to have continuously been able to do what you love without getting caught up in the Hollywood madness.
The balance we’ve always strived for as a band was based on the art. Not to be elitist as an artist, but simply, if I told you my job title it would be ‘to make music’. That’s what I want to be known for: the crafting, the building. So when you go out into the world and the Hollywood spotlight or the stardom – that’s simply a reflection of what you make. The goal is not to be famous, the goal is to make things that last.

That’s how you see our whole life: We have our own record label because we want to be able to put out music when we want it, how we want it. And we’ve built our own team of people who care about how those songs and stories are shared with the world.

Being based in Oklahoma for us is more a reflection of technology and the time we live in. I’m talking to you, and you’re in Australia. It doesn’t matter that much that there’s a time difference or where I am because music is so digital and so immediate. It’s in the device in your hand. It’s not so much in a place anymore.

You were just 11 when ‘MMMBop’ was released, and yet you seem to have been able to avoid the pitfalls of child fame. What’s the secret?
It’s probably some version of the ‘why’. When you get in a situation where you’re working to become successful, I think you make a lot of choices that are easy to regret. You’re doing it to be successful. My answer to the ‘why’ is I want to be proud of the things I make, and I want to work as hard as I have to work to be successful at things I’m proud of. 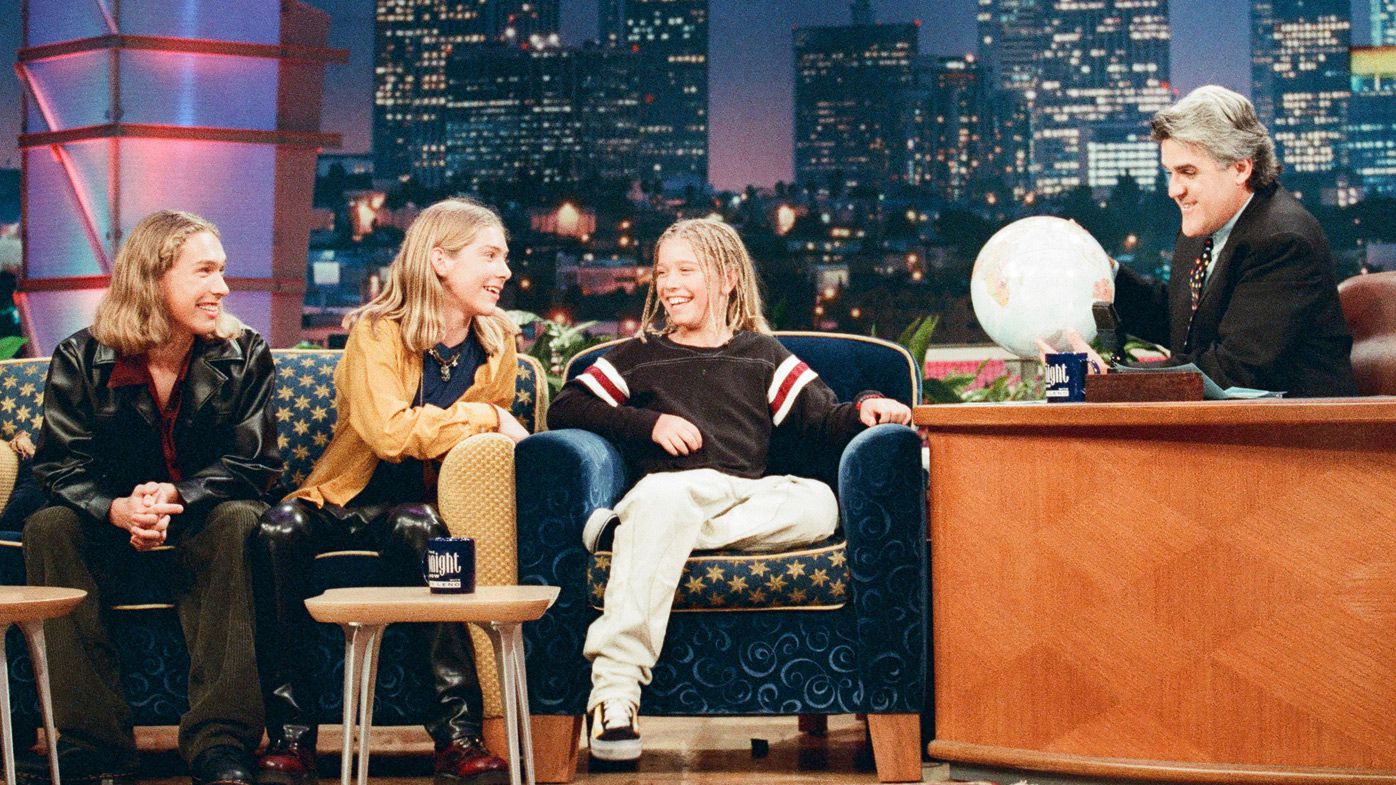 From left: Isaac, Taylor, and Zac Hanson on The Tonight Show with Jay Leno in 1997; Image: Getty

So, no chance of a Hanson reality show anytime soon?
I love new challenges. That’s my favourite thing in life. Whether it’s a new instrument or a new art form. So, I think someday a reality show could be a great show that connects with who we are, but you won’t get a Hanson show that’s just like, ‘Here they are!” That’s not a show that has longevity or that connects with who we are or our greater culture as a band.

Hanson toured in Australia this year. Any chance you’ll be back soon?
We’re making big plans for next year. I think we’ll be back either 2018, 2019. It’s a beautiful country. There’s a rascal-y spirit that’s similar to the best things about the American spirit. We’re always trying to figure out, How do we go back? How do we make this work?

We’ve been received so well in Australia, and the fans in Australia have been so loyal. Sometimes you can have an almost magical, spiritual experience on stage, and we’ve had so many of those moments while touring in Australia. There’s this this aura and energy that the audiences have. It just makes you want to do it again.