SXSW 2017: Taylor Hanson On Why Paying Tribute To Elders Matters 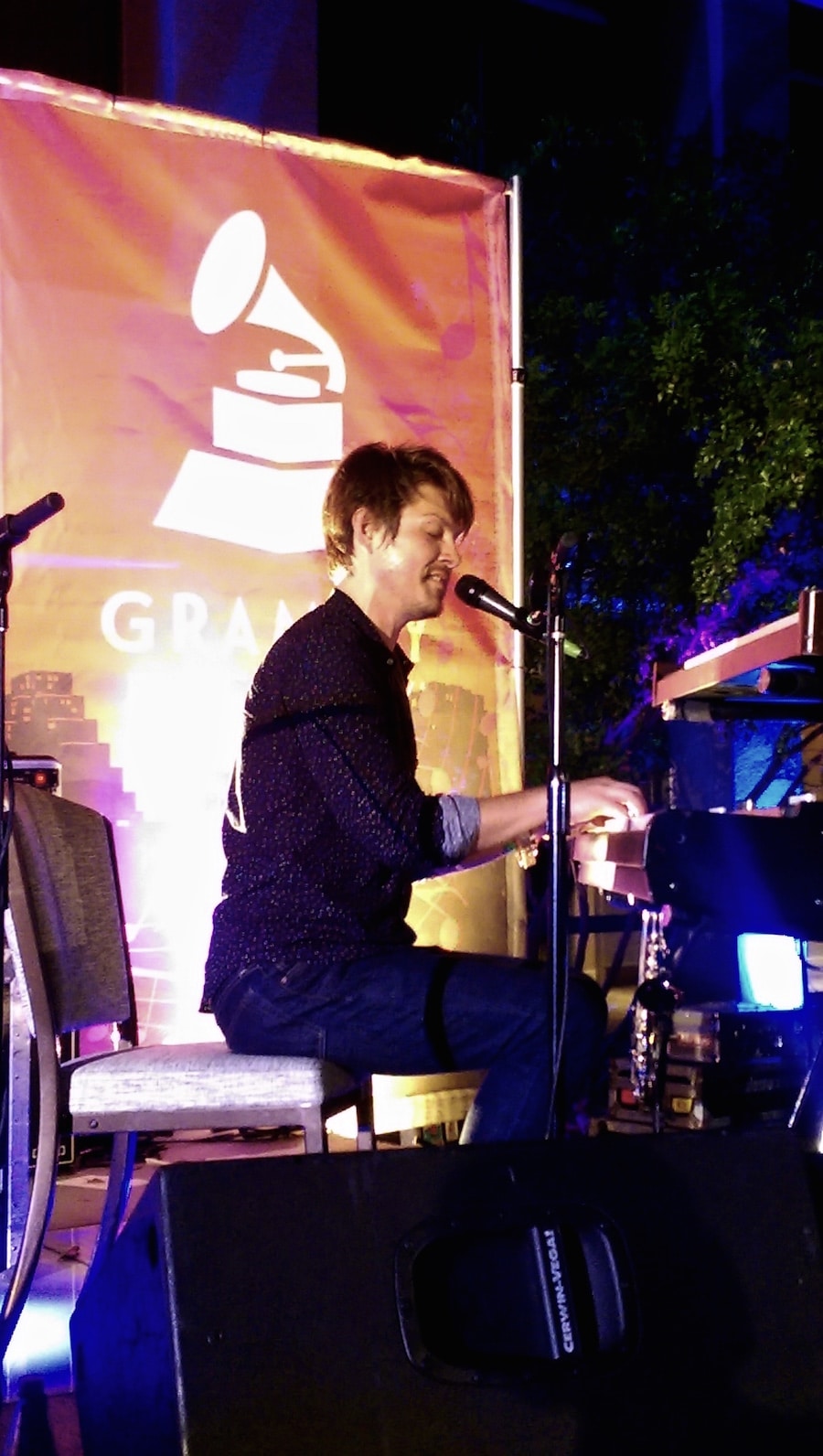 Taylor Hanson sings “A Song For You” as the finale to the Leon Russell tribute. Hanson and several Oklahoma friends performed at Thursday’s SXSW Grammy Block Party, hosted by the Recording Academy’s Texas chapter outside the Four Seasons hotel in Austin. Photo by Lynne Margolis

Twenty-five years after a trio of kids came out of the Middle of Nowhere — actually, Tulsa, Oklahoma — with a bit of pop perfection they called “MMMBop,” the now 30-something Hanson brothers are about to embark on a 25th-anniversary tour. But first, they wanted to pay homage to a fellow Tulsa native who became a major influence: Leon Russell, who passed away in November at age 74.

After performing a tribute to Russell Thursday, March 16, at the Grammy Block Party held annually during South By Southwest by the Recording Academy’s Texas Chapter, Hanson talked about Russell and the importance of paying respect to influential elders.

He said the tribute notion came out of an Oklahoma music project they’d been working on, intended to convey how Oklahoma is “woven into everything.”

Russell passed away before they had a chance to make the album he’d helped them envision.

“This was borne out of saying ‘OK, we didn’t get to that with Leon involved. Before we go back and say we’re gonna summarize this place, we need to celebrate him,’” Hanson explained. “Because he’s one of the biggest Oklahoma musical connections that we pull from, and he was a friend and somebody we really miss. And valued.”

For Tulsa musicians, Russell was a particular inspiration, Hanson said. “[He] changed the world in his own way. And so we pull from that and go ‘Hey, we can do that too, maybe.’”

In the last five or six years, Hanson made an effort to befriend his fellow keyboard-player. They actually started hanging out.

“He would come around and sit down and just listen to an album,” Hanson recalled. “And we’d go, ‘So, Leon, whaddya think?’ It’s really just deference. Here’s somebody that we have a lot we could learn from. And sometimes it’s nothing more than saying, ‘Hey, I want to spend some time.’ I hope that when I’m in my 70s or 80s and still doin’ it, that there’s some 20- and 30-somethings who are saying ‘Hey, you matter to me.’ And we just wanted to share that.”

Of course, music lives forever, he noted. But showing admiration and absorbing knowledge is best achieved while the artistic influence is alive. That was their intent with the project they’d planned.

“Our whole energy was, we respect one another and want to tell the story together,” Hanson explained.

He also mentioned the surprising range of music produced by Oklahomans, from the Gap Band, Bread and the Flaming Lips to songwriter Jimmy Webb and singer-songwriters John Fullbright, Parker Millsap, John Moreland and many other less-recognized names, including some who shared the stage at the Grammy party. Of course, there was also Woody Guthrie — and Hanson, whose first single from that aforementioned debut album reached No. 1 in 27 countries. And the list of country artists alone includes Garth Brooks, this year’s big SXSW star (who delivered Friday’s keynote address and announced a showcase at the Broken Spoke and much larger Saturday Auditorium Shores show), Reba McEntire, Toby Keith, Vince Gill and Blake Shelton.

“As we step into the next chapter, we just want to pause and say there’s some other stuff that matters, that’s part of why we get to do what we do,” Hanson added.