Which ’90s Boy Band Was The Ultimate? A Scientific Ranking Of The Singers Who Made Us All Swoon

Cue up an ’90s-themed playlist and you’re sure to find a large representation of boy band songs in the mix. Not only was it a peak decade for pop music, but it bred one of the fiercest rivalries ever: Backstreet Boys vs. *NSYNC. With so many male-centric groups cropping up in the ’90s, which one was the ultimate boy band?

Fifteen years after the end of the decade, it’s still a tough call. But if I’m being honest, my tween self only had so much space on my bedroom walls for posters and that real estate was valuable. I couldn’t hang up photos of just any band. (Or, in the case of Nick Carter, solo pictures.)

Looking back on the bands of the ’90s, I will try to be as objective as possible, keeping those emotions at bay. The boy bands will be judged solely on their success from 1990 to 1999. (For example, that means that *NSYNC’s “Bye Bye Bye,” which was released on Jan. 11, 2000, is out of contention.) Any career milestones that happened in the ’90s, however, are fair game for judgement.

Who is your pick for the ultimate ’90s boy band? Check out the ranking below to see if they made the cut! 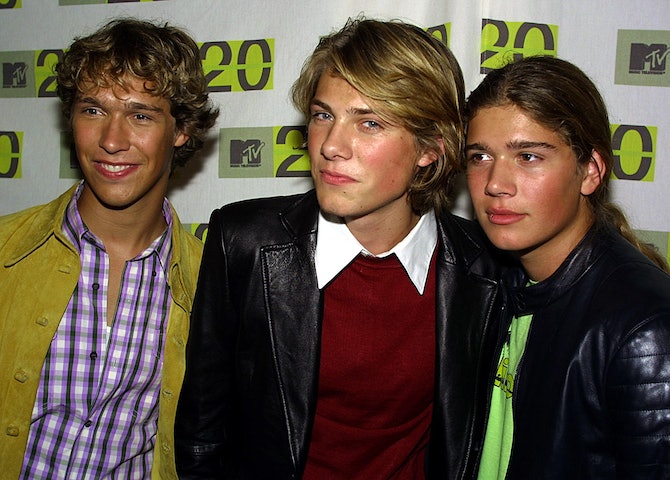 Hanson defies the “boy band” label based on the incredible array of musical instruments they play, but seeing as “MmmBop” was one of the biggest songs of the ’90s, they def get a nod on this list.