What to know before heading to The Hop Jam 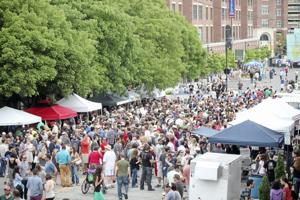 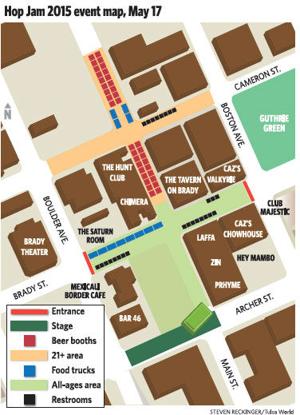 After about 30,000 people came to experience the first year of Hanson’s beer and music festival, The Hop Jam, the brothers are back.

This time, they’re bringing even more music and beer to downtown Tulsa for a celebration of the local crafters and artists.

It’ll be a day full of craft beer and great music. Here’s what you need to know to get the most out of your experience.

When: Gates open at 1 p.m. on M.B. Brady Street between Boulder and Boston avenues. Music starts at 3 p.m. with All About a Bubble. The beer festival opens to everyone 21 and older at 3 p.m.

Tickets: The concert portion is free to attend and is all ages. The beer portion is restricted to those age 21 and older. Beer can be purchased by buying tickets for individual beers at the festival.

Music lineup: Starting at 3 p.m.: All About a Bubble, Horse Thief, Jamestown Revival, Black Joe Lewis, The Polyphonic Spree, Hanson. The festival is set to wrap up about 9:30 p.m.

Beer: The list includes 14 breweries from Oklahoma, seven from elsewhere in the United States and nine international breweries. Beer tickets will be sold on site to be used to purchase beer from brewers.

Hop Jam guitar: Hanson has partnered with Fab Lab Tulsa to construct a playable version of The Hop Jam logo: a guitar with a body shaped like a hop. The guitar will be raffled off at the event Sunday, and proceeds will benefit the Community Food Bank of Eastern Oklahoma. Tickets will be on sale Sunday.